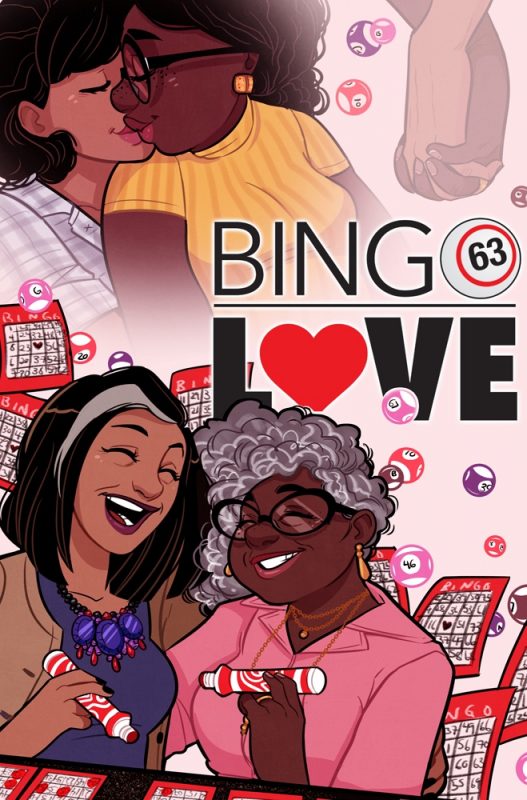 It’s rare enough to read comics that feature protagonists of color, female protagonists, LGBTQIA+ protagonists, or protagonists over A Certain Age. To have a comic that captures all four of those at once is a truly rare and beautiful thing. With her upcoming, self-published graphic novel, Bingo Love, comics creator (and creator of #BlackComicsMonth) Tee “Vixen” Franklin delivers on all of those things while telling a romantic, heartwarming story of love across the decades.

The story revolves around Hazel Johnson and Mari McCray, two thirteen year old girls who, in no time, become the best of friends. As their relationship grows, they discover their deep love for one another, but the timing couldn’t be worse. Two girls in love are bound to be star-crossed in 1963, and their families forbid them from seeing each other again. Not only do the young women have to endure the pain of separation, but they’re also both married off to men they don’t love. They seem destined to live apart, permanently cut off from one another, but fate — and bingo — have another plan for them.

I had the chance to speak with Franklin about this unique project, which she will be self-publishing under her own company banner, Inclusive Press. I asked her what inspired this story. Specifically, if there was a real-life inspiration for Hazel and Mari. It turns out, that inspiration came from an unlikely source. 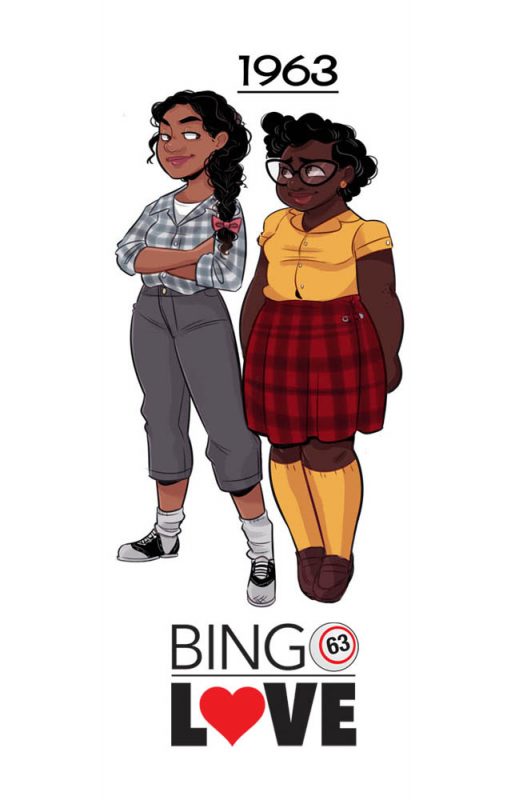 “I was inspired by a heart commercial that featured two Black older women,” Franklin explains. “I watched them interact with each other and I thought that would be a good love story to tell. Even though the commercial was about heart surgery and being active, I just designed a world for two older Black Queer women in Bingo Love and to tell it in graphic novella form. This type of inclusion is needed in comics and this story is vital.”

The most fascinating aspect for me, because in all the talk about inclusivity and representation it’s often one of the few categories that consistently gets lost, is the fact that much of the story is about Hazel and Mari as older women. Ageism isn’t something we talk about often, but it’s something that is a huge problem, especially for women. So, seeing older women on the cover of a comic is particularly thrilling.

However, I was curious about why Franklin chose to tell the story of these women from the time they were girls. Why make this, in part, a period piece? She says:

“I chose to tell the story of Mari McCray and Hazel Johnson in 1963, to give them a backstory. I didn’t just want to focus on the happy times they had together. With every love story there’s some heartbreak and tragedy involved. Not being able to love who you want to love because it wasn’t allowed in a certain time period, was the catalyst for this love story.

We go through various decades – the story begins in 2030 and Hazel tells the story of how she first met the love of her life, in 1963. I could’ve just stayed in 2017, but why? I don’t know about you, but my grandparents had the best stories. This is Hazel’s story, so we must visit the past in order to understand the future.” 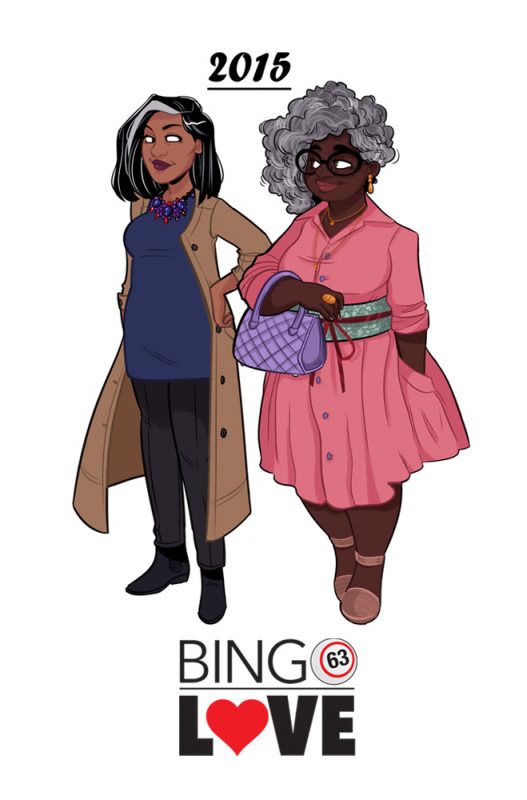 She then elaborated on why it was so important to her to tell the story of older women. “There’s nothing but straight white men in the comic industry,” she begins. “On the covers and pages. As you know, according to some people ‘diversity doesn’t sell.’ We all know that’s a lie. Bingo Love was funded in 5 days and is almost double its initial goal. People want stories that reflect them. There are no comics which feature older Black Queer women and why is that? No one would be interested? This Kickstarter tells a different story. People want these types of stories and I plan on giving it to them.”

In addition to Franklin’s story, I’m very much looking forward to checking out more of Jenn St-Onge’s art. Her charming renditions of Hazel and Mari are a huge draw, and Franklin enthuses about her and the entire team. She says:

“My words would be absolutely boring if it wasn’t for Jenn’s art, Joy San’s colors, and Cardinal Rae’s lettering. I couldn’t ask for a better creative team. These people are amazing and talented humans! Jenn and I have been trying to work on a project together for awhile, but timing has been off. When I put Bingo Love together, I put out a call via Twitter for an artist who identified as a Queer woman or non binary. After going through the links that were given, Jenn popped up on my timeline and I immediately asked her.

‘What about her work made her the right artist?’ Well, that’s easy…just look at ANY work she’s done and you have your answer. Jenn, Joy, Cardinal Rae and editor Erica Schultz have been nothing but a delight to work with. I’m telling you, I’d work with them on any project in a heartbeat.” 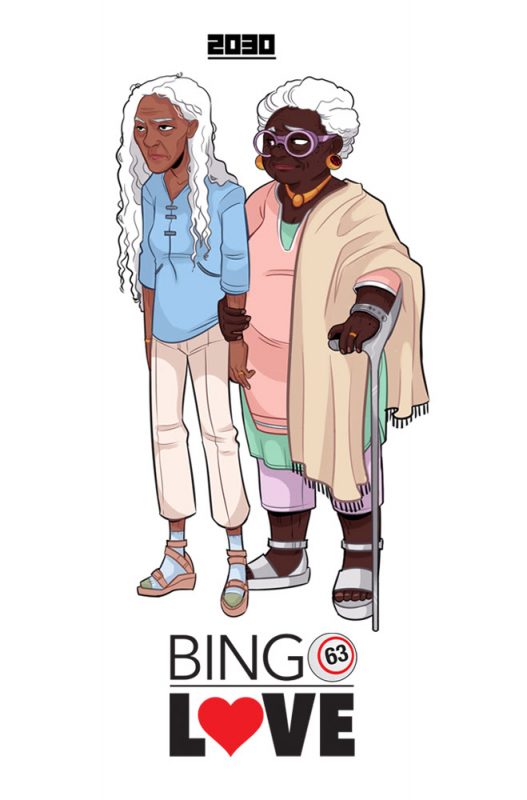 Lastly, she addresses the importance of representation of and for the LGBTQIA community. “I just want people in general to realize that love is love is love is love,” Franklin insists. “Let people fall in love with whomever they want. Stop judging others. I want to show that inclusion is important, representation matters and not just on the pages, but also on the covers. I’m a Queer, Black, disabled woman and I have stories to tell—vital stories. There is an audience for stories like Bingo Love, don’t dismiss them.”

Inclusive Press has provided four preview pages from Bingo Love to whet your appetite for the title, and we happily provide them in the gallery below. If you want to see more comics like this, consider supporting Bingo Love‘s Kickstarter to secure your copy and add numbers to the notion that comics fans want more stories like this in the world! But you’d better hurry! The Kickstarter ends on Monday morning at 9:00AM ET.