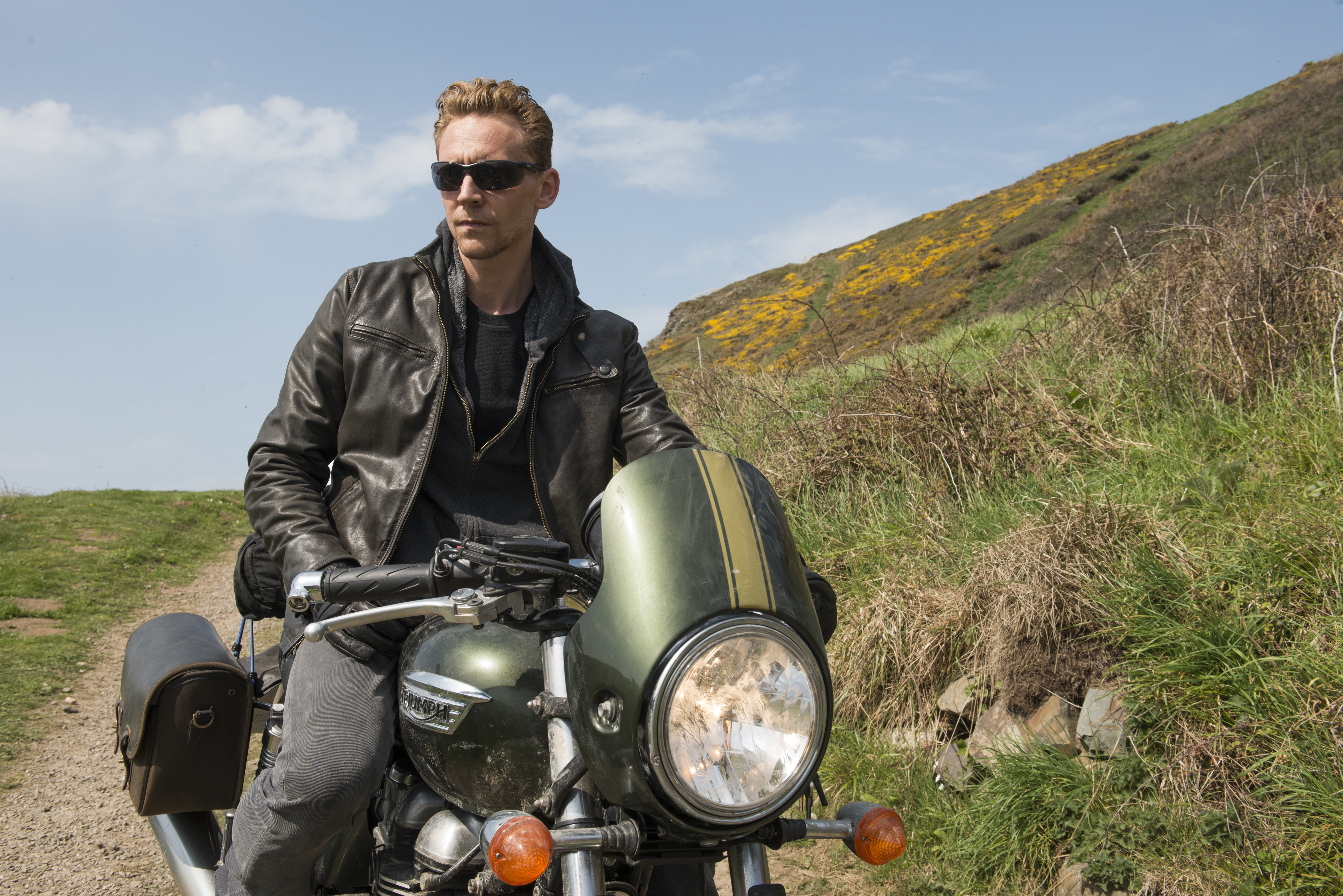 Danish filmmaker Susanne Bier has already proven herself a force in films, becoming the first—and so far only—woman to direct two films nominated for the Oscar for Best Foreign Language Film (she wrote and directed 2006’s After the Wedding and 2010’s In a Better World).

Recently, she’s ventured into English language directing, first replacing Darren Aronofsky on the film Serena (with Bradley Cooper and Jennifer Lawrence), and now directing the epic U.K. 6 part miniseries, The Night Manager. The Night Manager is a thriller starring Tom Hiddleston, Hugh Laurie, Olivia Colman, and Elizabeth Debicki, and focuses on an attempt to bring down an arms dealer (Laurie). The series, based on a John le Carré novel, has earned high praise as a thriller that manages to be both thoughtful and entertaining (not to mention visually stunning). I spoke with Bier about how she came on board to direct, the benefits of telling this story over 6 hours, and those Bond comparisons critics have been making since it premiered in the UK.

Lesley Coffin (TMS): At what point in the series’ development did the producers contact you about directing and pitch the miniseries to you?

Susanne Bier: It all happened quite quickly, they had the first version of the script for the first episode. They sent me the script and I just loved it. And that was in November of 2014. And the only window we had with both Tom and Hugh was spring of 2015. So I knew we’d be working really fast, so the script were being written while I was in pre-production.

TMS: Were you and David able to collaborate and talk about the choices each of you made to modernize the novel?

Bier: We did, as did Hugh and Tom. It’s been one of the most collaborative efforts I’ve ever experienced. And collaborative in all aspects of the word throughout the production. We were constantly hearing people make suggestions, and as a director, I simply needed to maintain a consistency while considering everything. Because for this miniseries, I wanted it to feel like a 6 hour long film. But that also meant filming out of sequence, not only within episodes, but filming different scenes from all the different episodes, sometimes on the same days. So working on this was chaotic and difficult to keep track of each storyline and character arc, but it also makes it a more organic working experience and allowed more input.

TMS: I know a lot of actors buy their own film projects and produce them, but it’s less common to have that in a miniseries. And to have two actors involved as producers is even less common. Was it fun to have Tom and Hugh crafting the film alongside you?

Bier: It was absolutely wonderful, and made the whole thing more exciting. I always like added creativity, and I love that when everyone works towards the same vision, it is only better. It gets tricky when there are different takes on the material, but Hugh and Tom came in with a vision very similar to my own. So they were just fantastic to work with. 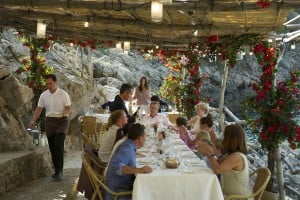 TMS: Correct me if I’m wrong about this interpretation, but I noticed a big difference in the color palette you used when filming Roper’s scenes, using bright, primary colors, and while the government scenes’ color seems almost drained. Did you want those scenes to have a clear, visual difference?

Bier: That’s interesting you mentioned that, because I haven’t heard many people mention that but you’re right about that being a very conscious choice I made at the very beginning. All the government scenes are sort of blue and grey, but Roper’s world has a lush and Mediterranean look. I wanted it to seem like there’s a golden world and blue world. So many of Roper’s scenes have gold objects in them. Because Roper’s world is supposed to be seductive, and tempt Jonathan Pine. Will he be seduced or will he be able to stay dedicated to his mission? And for that to work, the world had to be beautiful and seductive not just to Jonathan, but to an audience.

TMS: And the beauty really adds to the ick factor of Roper’s world, because they are doing such gross, deplorable things while trying to maintain the image in high class leisure. Was it an added challenge to create the full impact of the violence in Roper’s world?

Bier: You always have to maintain intensity and emotional truthfulness in violent scenes, and if you do that, it isn’t that difficult to show something horrific in the world of beauty. They actually work quite well, because of their stark contrast.

TMS: You’ve primarily made feature films, so how did things like the episode times and commercial breaks affect your directing?

Bier: The novel is so thrilling and dense, and there had been two serious attempts to adapt it to the screen before. I think one would have started Brad Pitt. But turning this story into a film never worked before because the novel is just way too detailed. It doesn’t lend itself to a two hour film. So we never struggled with the amount of material. The struggle we had was editing it to keep the episodes under an hour. And in some of the first cuts, episodes were closer to feature length films. Episode 5 or 6 originally cut to 85 minutes.

TMS: It’s funny, because when talking about it as a whole, I keep referring to it as a film, but I do mean that as a compliment.

Bier: And you haven’t been the first person to do that. And I do take that as a compliment. I wanted this to be an example of cinematic television, so I’m glad you feel that way.

TMS: In the press, it’s been compared to Bond films, which superficially I see the comparisons. But in terms of Jonathan’s character, he’s so different from a James Bond. He’s not the anti-hero we see in Bond, he’s a very earnest, decent person who just wants to be good and moral. Knowing your films, I noticed you seem more interest in the struggle by inherently decent people to do what’s right, rather than the stories of anti-heroes and villains. Do you find that inner struggle more interesting? 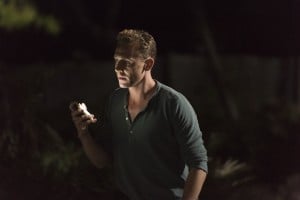 Bier: I find I’m more interested in good people tempted by evil, I’ve always been very interested in that struggle. Because it is a completely identifiable dilemma. On the small scale, we can always ask ourselves these questions. If you’re paid half a dollar too much at a register, do you give it back. We are faced with moral questions every day, we have to answer. But they are usually on a small scale. But when you ask those same questions about morality in a thriller with big stakes, I find that struggle so exciting. Because it’s easy to choose to be bad, it’s harder to commit to being good. And this is a thriller that I want to be hugely entertaining, but can also deal with timely issues. We had lots of research on the sales of weapons, and it’s frightening how easy it is to sell weapons on the black market. And how it can be done with some kind of government collaboration, whatever governments. We realized this isn’t an exaggeration.

TMS: Did the globalization we have now, make adapting it to the screen for modern audiences easier than it would have been 5 or 10 years ago?

Bier: I think so, but that’s just a testament to John le Carré’s modernity. He wrote the novel in 1993, but it seems even more relevant than when he first wrote it.

TMS: Did he have input on the script?

Bier: He did, he worked a bit with David. He was also extremely helpful to me in explaining how an agent handles someone in the field. When Angela Burr sends Jonathan Pine out to bring down Roper, she also takes on a huge personal responsibility for him. And I had not anticipated how emotional that relationship would be for her. I didn’t know anything about it. But hearing John talk about it, emphasizing how great Burr’s emotional responsibility would be, we changed those scenes between Jonathan and Angela to reflect that aspect.

TMS: Angela was changed from male to female, which meant you were able to have Olivia Colman play her. Regarding the other women, such as Elizabeth Debicki’s character, what did you do to modernize her and make certain she has as much of an arc as Tom and Hugh’s characters?

Bier: We were very concerned about making sure she felt as real and human as the men she’s around. We made sure to give her a real past. She’s a troubled human being and far more than just a girlfriend. And becomes instrumental in the plan. 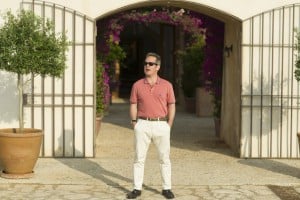 TMS: The cast is pretty huge, and alongside the leads, there are also familiar character actors like David Harewood, Tom Hollander, Tobias Menzies, and Natasha Little. And those characters are given their own scenes with a lot of rich dialogue and developed interesting personalities. Did it feel like a bit of a luxury to have six episodes to populate with so many different characters?

Bier: Part of what attracted me to the project, compared to when I’m offered a movie, was the chance to have these side characters that still felt really fulfilling, and would be fulfilling to those actors. When you have 6 hours, you have space for a little scene with Tom (Hollander) or Tobias to fill in more about their characters, and you can have a little love story with David and Olivia. And those scenes would never have made it into a feature length film.

TMS: The series is loosely inspired by the classic cold war spy stories, even though it is set after the Cold War. Did you look at anything from that golden age of spy films and TV for inspiration?

Bier: I did look at other John le Carré adaptations, to figure out how they did it. But I can’t think of anything that I watched specifically looking for inspiration. But I’m also ways watching things and being inspired by them.