From superhero teachers and virtual reality gamers to personified blood cells and teenage Yuri assassins, Morgan Berry is a voice actor of all trades. Her versatile voice has landed her roles of all genres and genders, with some of her most well-known roles being Thirteen from My Hero Academia, NK Cell from Cells at Work, Madam Sharley from One Piece, Misaki Kuramoto from Free!, and Tokaku Azuma from Riddle Story of Devil. But, most recently, Berry was cast as the lead in the one-hour, english-dubbed Yuri film, Kase-san and Morning Glories.

The anime, inspired by the manga written by Hiromi Takashima, follows the highs chool love story of soft-spoken gardener Yui Yamada and all-star track runner Tomoka Kase, as the two girls discover what it means to be in a relationship. From applying for separate colleges and wrestling with teen hormones to learning to overcome insecurities with body image and popularity (or lack thereof), Kase-san and Morning Glories is unique in its down-to-earth, realistic portrayal of post-confession, Rainbow-Tribe romance.

Famous for his dubbed anime renditions of Yaoi titles Hitorijime My Hero and Love Stage!!, director David Wald chose to cast Berry as one of his leading ladies in Sentai Filmworks’ Kase-san and Morning Glories alongside Bryn Apprill, who voices for Yamada. In an interview with The Mary Sue, Berry says voicing for Kase-san was her most emotional role yet, sharing with us some of her favorite moments from working on the film and why she related so much to charming tomboy Kase-san.

Victoria Davis (The Mary Sue): Let’s start off with the obvious question, how did you get involved with Kase-san and Morning Glories? Did David Wald reach out to you right away about the role of Tomoka Kase?

Morgan Berry: David did reach out to me before the auditions were sent out. He really wanted me to voice for Kase-san. He said I was his number one choice. As voice actors, we don’t get the script ahead of time, so I didn’t know much about the material beforehand, and David wasn’t even allowed to tell me what title it was when he told me he wanted me in his new movie.

But after seeing the character and getting to know her, I agreed. I can’t picture anyone else but myself voicing for Kase-san because, gosh, I love her so much, and I was surprised how much I relate to her and her story.

TMS: What was it about the character of Kase-san that really made you click with her? 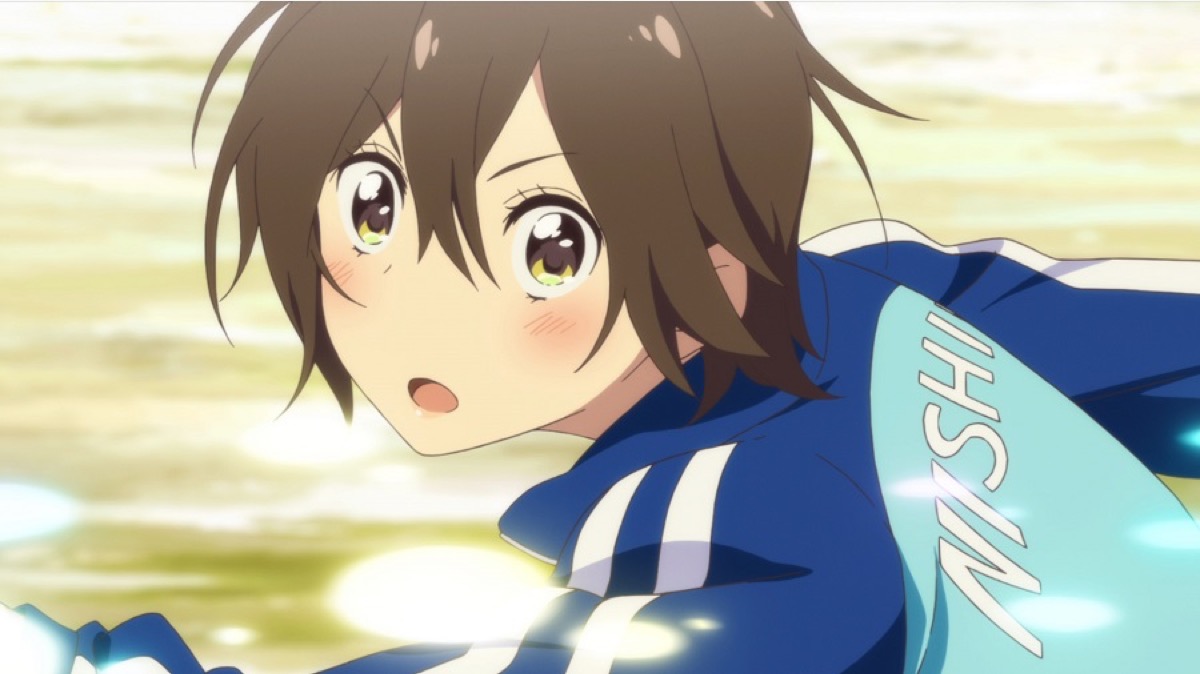 Berry: Well, for one, she’s a tomboy. That’s definitely me. I’m very gender fluid. But what really stood out to me about this character was her relationship with Yamada. It’s hard to explain without getting too personal, but the start of their relationship reminded me of a past relationship I had. It hit home for me and was something I was really able to draw from.

TMS: As voice actors, you often don’t get the script for the show or film you’re a part of until you’re actually there in the booth. Did the fact that you had this connection with Kase-san and drawing from experiences in your past relationship help bring forth that emotion when you’re in the booth?

Berry: Oh yes, definitely. Oh my goodness, it was an emotional journey recording for Kase-san. There were a lot of tears in the booth. I won’t get too much into it, because it is very personal, but it definitely grabbed my heart, and in a few scenes we were recording, I’d look over at David in the booth, and he was tearing up. He was wiping his face, and I could tell that he was crying. He can’t hide that from me, and I couldn’t hide it from him either.

TMS: What were some scenes in the anime that were uniquely rewarding or touching for you?

Berry: The last scene. The train scene at the end. I don’t want to give too much away for those who haven’t seen the film yet, but that was probably my favorite scene to voice for. Another one I really enjoyed for the humor of it was the scene where Kase-san is in Yamada’s room and she’s burying her face into Yamada’s bed. That was hilarious. There’s more little moments here and there, like when Kase-san accidentally runs into a wall, that were so cute and so fun. Both Yamada and Kase-san are such funny characters. They have their quirks.

TMS: And this is not the first lead role you’ve had in an LGBTQ+ anime, you also starred in Riddle Story of Devil as Tokaku Azuma, a student assassin who falls in love with the girl she’s been tasked to kill. But what made Kase-san and Morning Glories a unique project for you to be a part of?

Berry: This anime in particular was special to be a part of because it promotes a healthy gay relationship. There’s no fanservice. It’s not about showing off anyone’s assets; it’s about love. It’s about a relationship blossoming into something beautiful, and I love that. I love working on any LGBTQ+ title, but this one hit the closest to home for me. 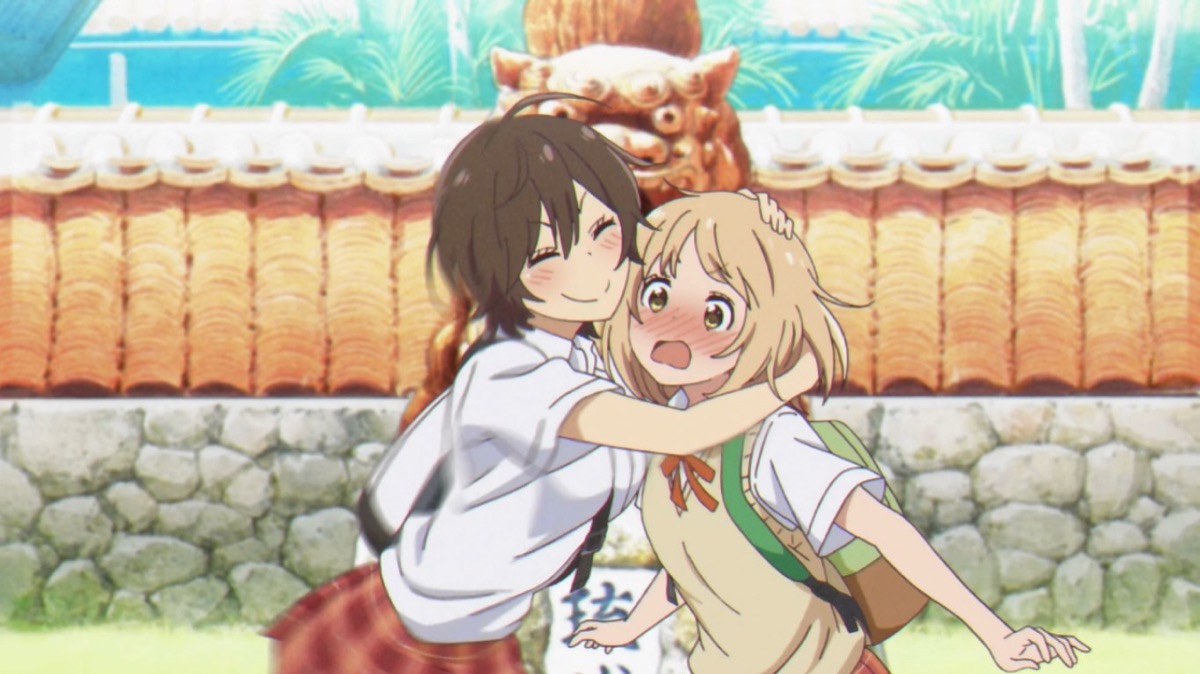 TMS: We don’t always see characters in LGBTQ+ anime go through the normal everyday motions of being in a high school relationship. There tends to be a lot of drama involved with other titles, but this one seemed much more realistic and down to earth.

Berry: Yes, a lot of films and shows romanticize that part of getting into a relationship, but Kase-san and Morning Glories is a different kind of journey, and I enjoyed every part of that. I’m so blessed that I got to be a part of it. Words can’t even describe. It’s one of my favorite projects I’ve ever worked on. Some titles are harder to dub than others, and this one came so naturally to me.

TMS: Another characteristic of this anime that was so different from other LGBTQ+ titles is that it addresses specific aspects of being in a same-sex relationship in Japanese culture, like the commonplace outing of friends taking onsen baths together completely nude. It’s an experience in the film that gets a little uncomfortable for Yamada so early in the relationship. Was it special for you to be a part of expressing that side of Kase-san and Yamada’s relationship?

TMS: You’ve said how being a part of this film touched you in a very personal way. Now that Kase-san and Morning Glories is out on blu-ray, what do you hope others take away from watching this anime?

Berry: I like that this film takes the relationship slow. It’s paced well, and it sends the message that it’s OK to take things at your own pace. Love is a beautiful journey and there’s no need to rush it. I love Yamada and Kase-san’s relationship so much. Every relationship is going to have ups and downs, but that’s part of love. It’s what we do when we’re in those tougher situations that matters.

English-dubbed Kase-san and Morning Glories is now out on blu-ray DVD. You can hear Morgan Berry as Merga in the video game Freedom Planet 2, as well as Mino in Midnight Wave.