You may not know her name, but chances are you already love Mary Holland. The writer, actress, and comedian has appeared in Veep, Curb Your Enthusiasm, and Hulu’s queer Christmas comedy Happiest Season, which she co-wrote with director Clea DuVall. Holland has also lent her voice to several series, including Craig of the Creek, Robbie, and the droid AD-3 on Star Wars: Jedi Temple Challenge.

Holland plays Melanie, a wimpy baker struggling to keep her business afloat, who’s recruited by her best friend Danny (Betsy Sodaro) to enter the Ladies Arm Wrestling Championship. Along the way, Melanie is trained by legendary coach Big Sexy (played by 15-time world arm wrestling champion and Glee actor Dot-Marie Jones) and rediscovers her competitive spirit. Can Melanie find her self-confidence and beat the competition for glory and $15,000? We talked to Holland about training, comedy, and her devotion to all things Lord of the Rings.

THE MARY SUE: What kind of training did you do to prepare for the role?

MARY HOLLAND: As soon as I got cast I thought, I’m really gonna need to sell this, I can’t just like walk on and have people buy that I’m a secret arm wrestling champion, so I really wanted to physically be able to embody that strength that Mel discovers in herself. So in the months leading up to shooting, I tried to work out, and build those arm muscles and watched a ton of videos about arm wrestling. And then we got actual on the spot training with Dot-Marie Jones, who is a professional arm wrestler. That sequence with Big Sexy was the first thing we shot, and that was so fortunate because she was able to not only train Melanie the character, but she trained all of us in like, “this is how arm wrestling is done, this is how you do it,” so it felt like a real-life training montage!

TMS: In the film, you and Betsy Sodaro play best friends, and you’re friends in real life from your days together at the Upright Citizens Brigade. What was it like working together?

MH: We had the time of our lives. I truly reflect back on the time shooting Golden Arm, and I have such fond memories of it because Betsy and I have known each other for well over a decade and have been good friends, so when the opportunity arose to be in a buddy comedy with her, I leapt at the chance, not only because Betsy is a comedic genius but because I love her so deeply, and to get to be in a movie with her where we’re tracking this very intimate love story between these two friends, it was just a no brainer.

Betsy is a brilliant improviser, and so much of this movie, our director, Maureen Bharoocha, encouraged us to bring ideas to the table and riff and make these characters our own. And you cant ask for a better scene partner than Betsy Sodaro.

TMS: Golden Arm was written and directed by women, and features a largely female cast. What was the vibe like on set?

MH: It was so collaborative, and I experienced the same thing with Happiest Season, that Clea [DuVall] directed and we wrote that together, it was a really warm, inviting, very collaborative set in both cases. With Golden Arm, Maureen [Bharoocha] just filled the cast with comedy people and improvisers, so yeah, I felt like it was a very positive set. Everyone felt so excited to be there and felt appreciated, and there was just a general sense of “hey, we’re making something special” every day, so that was really nice.

TMS: So we know that you’re a huge fan of The Lord of the Rings. Do you have a dream LOTR project or role you want to play?

MH: Oh my God, I mean, plop me into any of them, I would be over the moon! I’m actually working on something with a friend of mine, Nora Kirkpatrick (Daisy Jones and the Six), she’s a fantastic writer/director/actor, she and I have actually had the same conversation about making a movie that would sort of fit into the fantasy genre in a new and unexpected way. So, I’m actively working on something like that, since you bring it up. Put me in the fantasy genre ASAP! 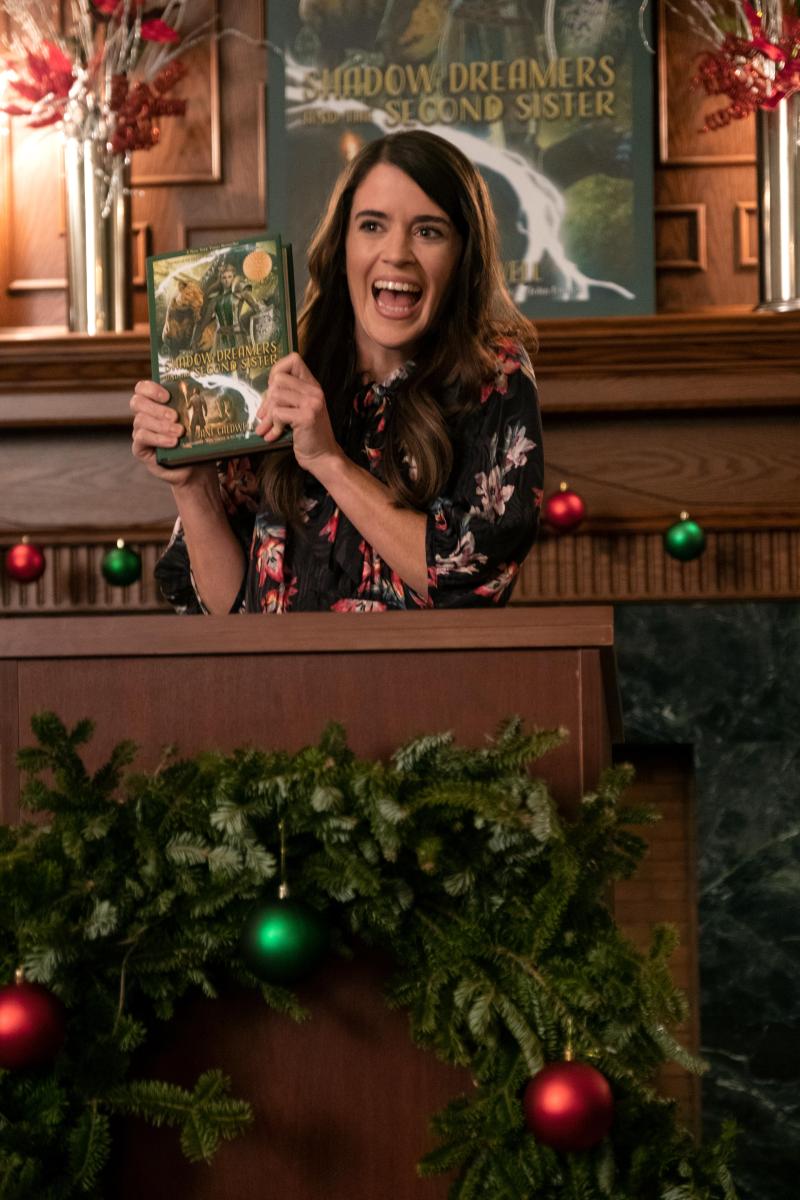 TMS: So many folks who want to see a feature-length version of your character Jane’s novel from Happiest Season.