Interview: Kenneth Branagh and I Talked Shakespeare, but Mainly Marvel 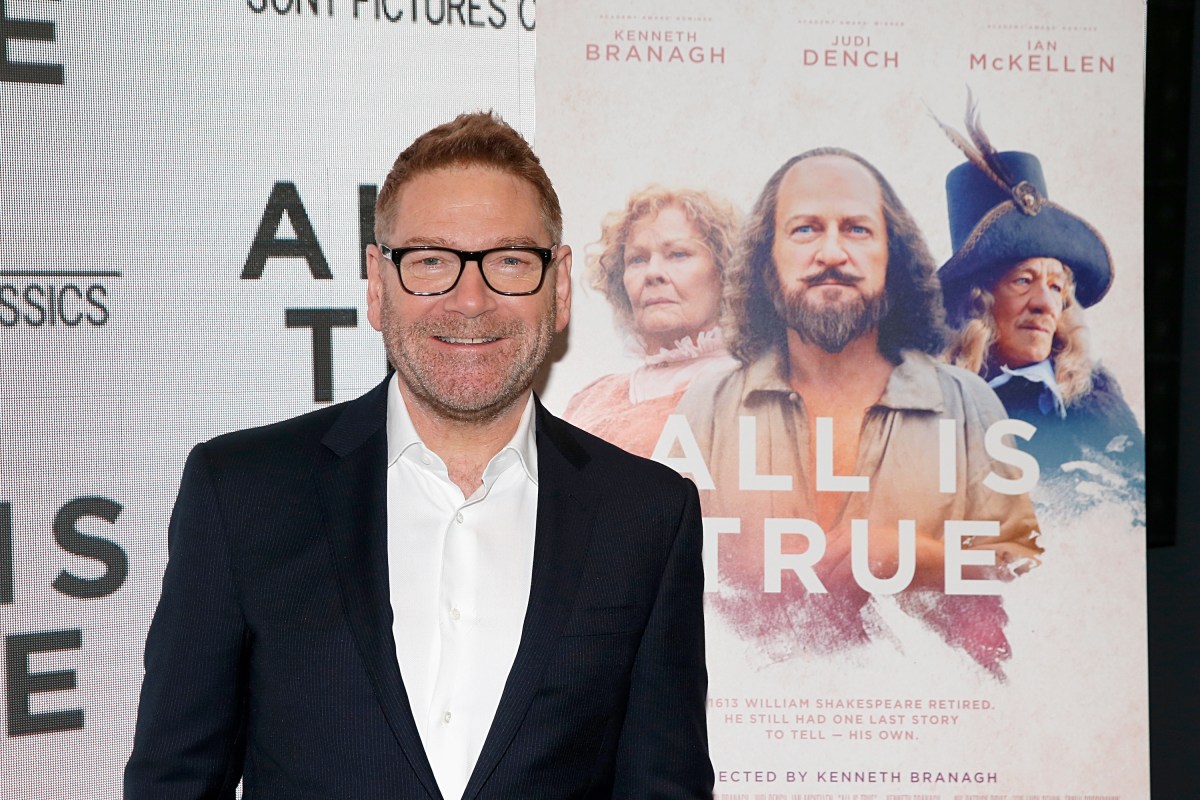 I’m going to be completely honest: I went into this interview fully prepared to bring up Thor (which Branagh directed) and Gilderoy Lockhart. I’m but a creature of my surroundings, and when you’re constantly talking about Marvel and Harry Potter, it ends up bleeding into every facet of your personality. I figured I’d go into an interview with Shakespeare legend Kenneth Branagh and have to slowly bring Thor into the conversation.

Lucky for me, Branagh beat me to it. Talking about his new movie All Is True, he connected Thor to his Shakespearean tendencies and explained why the movie fits within the guidelines we’ve set for what is “Shakespeare-like”:

“Therefore, when you make something like Thor and you have at the center two rivalsome brothers, in some ways, locked in a battle for their father’s attention, the problem is that they’re also in an incredible privileged and powerful position, so their tension has a massive impact on other people because they rule things. The idea of that being sort of big, thick, rich, passionate stuff, what you might end up calling Shakespearean, was just a sort of, the development of a taste that didn’t resist full emotion.”

We went on to talk about Marvel and their use of comedy to bring light in their darkest of storylines, and when I brought up Avengers: Endgame, Branagh was very quick to tell me that he had yet to see the movie because he tried to go opening weekend to 6 different theaters and it was completely sold out. Don’t worry, though, I did thank him for essentially giving the world Tom Hiddleston.

But, obviously, I had to move on from Marvel (even though I didn’t want to, and Branagh kept bringing up Thor because honestly, I could have talked about that movie for hours). In doing so, I brought up the paradox that All Is True brings to light in regards to women during Shakespeare’s time. For many of us, the women of Shakespeare are some of his strongest characters, but as Branagh points out, the reality is that the time in which Shakespeare lived didn’t honor women in a way they should have—so much so that even in All Is True, Shakespeare doesn’t have much hope for his daughters or Anne Hathaway.

“I think socially there was no question that it was a man’s world in terms of everything inshrined in the legal and religious system but in practice, of course, the integral importance of a wife and mother would have been absolutely the norm. And in Shakespeare’s case, the female characters are incredibly strongly drawn even though, of course, the curious paradox of the time would have meant that he wouldn’t have seen his female characters played by a woman.”

To be completely candid, I could have talked to Kenneth Branagh for hours about both Shakespeare and Marvel, and it would have been a completely wonderful way to go.

All Is True hits select theaters on May 10th and will be out on digital later in the fall. If you’re a fan of Shakespeare or Branagh, this is definitely the movie for you.