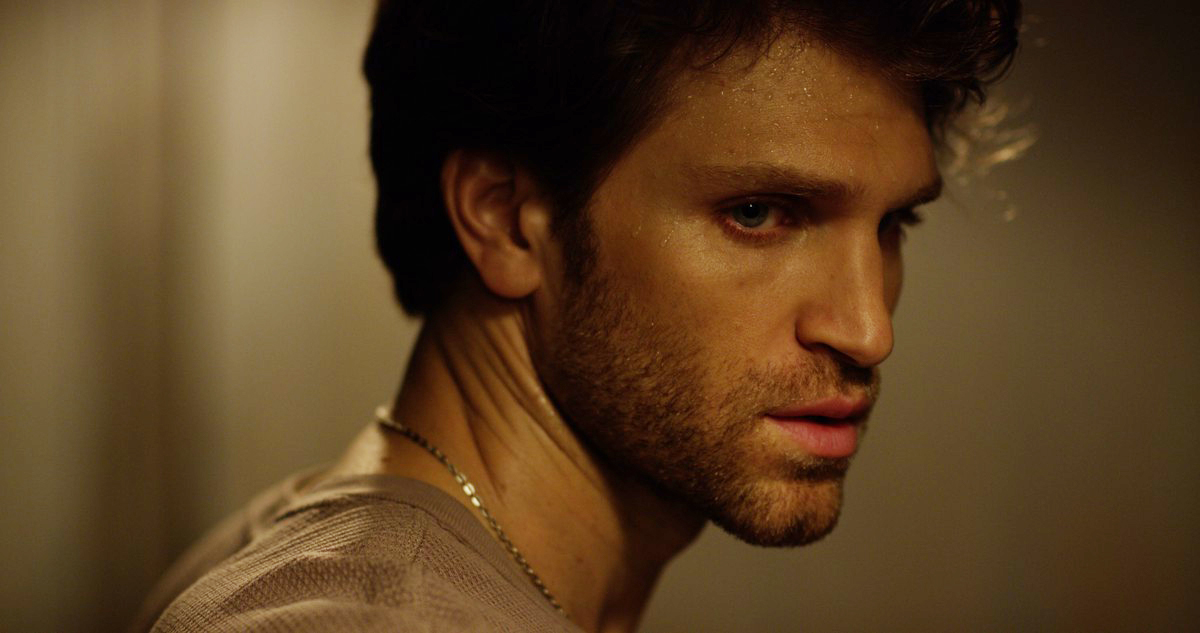 No Escape follows the vlogging experience of Cole Turner (Keegan Allen) and his quest to bring his viewers the best content from around the world. With constant struggles to find the next big thing, Cole finds himself in Moscow with his friends for the scariest Escape Room yet. But Cole seems to forget one big thing about this adventure, and throughout the film, loses himself to both the content he’s hoping to get, as well as … well, escaping.

Talking to Keegan Allen about the film, it’s clear that there is a deeper commentary on the world of “vlogging” and those we turn to for entertainment, and the film does an incredible job calling it out. (I was constantly reminded of Logan Paul and the issues surrounding him.)

THE MARY SUE: Cole, in the movie, is a YouTuber, so I wanted to know if there were any YouTubers in particular that you wanted to represent, or was it just your own idea of a YouTube personality?

KEEGAN ALLEN: It was an amalgamation of many, many vlogging personalities, and there was no gender that I—I lent myself to everybody from make-up tutorial specialists to food muckbang people to cooking channels to people that reviewed skydiving. Everything, every single personality. It was almost like I put it all in a big blender and drank it. And that was troubling to do, to be honest because, in there, I obviously added my own self that I stood back from and kind of heightened this character with a very personal touch of stupidity and narcissism that, you know, was really difficult for me to admit to, you know?

And I kind of really heightened that and not in a hyperbolic way, and I know that if you were to show this movie to someone in the 1960s, it would feel hyperbolic. It would feel like this character was way over the top. But the reality is once you start looking at these videos—and I’m sure you know this to be true—but when you start looking at all these vloggers, this is exactly the energy in which they operate. And sometimes it’s … really interesting, which is the best way I think I can put it.

THE MARY SUE: How do you, as an actor, approach a character who is so two-sided in a lot of ways?

KEEGAN ALLEN: It was part of who I am, I think, online elevated, and I was able to … I had the luxury of knowing a lot of vloggers in person. You know, over the years, seeing a lot of people transition from Vine to YouTube and being around that and seeing how suddenly everyone had a Canon flip screen where they would walk around and be like, “Oh my god this is so crazy, check this out. Hey, what’s up guys,” and I’d be like, “What the fuck is going on?”

But it was definitely kind of an introspective experience, as well, where I was viewing myself from this audience point of view. And sometimes, especially on shooting, I had Will Wernick, who is an amazing director and now very close friend, there to kind of steer the ship, not just as a director but also as an audience member in this vlogger’s universe. Even though he was directing the movie, it was also him, as a person who has done a painstaking amount of research into this strange anomaly in human history right now, where we’ve given so many people the power of influence over our lives that are, for lack of a better term, normal.

We give them this power. We allow them to influence everything in our lives, and that’s such an interesting thing. So there was sometimes a lot of consummation amongst us in how to portray this character in certain situations, but ultimately I’m really really pleased with how it was done. And I really am excited for an audience to see it and leave the theater in a very introspective way in how they’re affecting their audiences, no matter how big or small.

THE MARY SUE: I have a young niece who loves to pretend like she’s vlogging, and it made me think about the fact that there are children who watch these vloggers, and in the film, even Cole says at one point that kids are watching his stream and no one seems to care. So do you hope that a movie like No Escape will help make people realize that there are young kids who watch these things online and see what people say?

KEEGAN ALLEN: Yeah, I have friends with children who are extremely good parents, but the kids are smarter than you think they are because when you were a kid, you were smarter than anyone thought you were. And yeah, it’s about the digital fodder that we feed not only ourselves but our children, and everything around us is affected by that energy, even our pets. And that kind of runoff from what we consume on the social media world—whether that is YouTube or whether that is Instagram, whether that’s Facebook—there are so many unsettling and troubling things out there that we consume without thinking.

And, of course, there is the other side of the coin. There are wonderful, incredibly good news movements that are happening where you feel great, but even that, that’s still something you’re consuming and digesting. And how that affects you … you know, the person that’s putting it out there does have that unique responsibility that sometimes I think they forget. I think it’s very often they forget how far that reach can get.

No Escape is out in theaters, on-demand, and digital now.