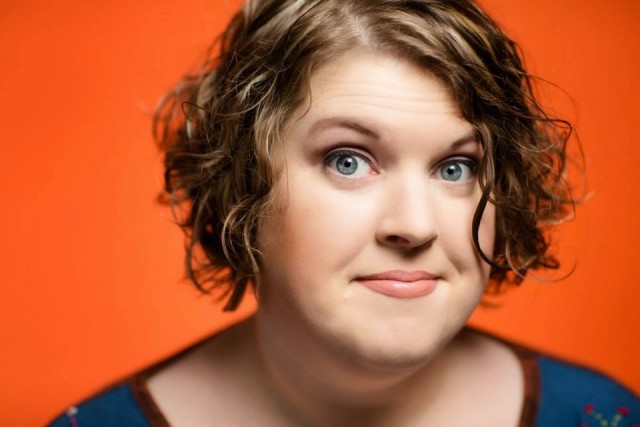 Jenny Trout is a romance novel author who’s made a splash on the Internet in recent years. She’s known for her books The Boss (written as Abigail Barnette), Such Sweet Sorrow, and Choosing You, as well as her recaps of Buffy the Vampire Slayer and a certain well-known book series. Ms. Trout was kind enough to speak to us recently about how she got into writing, her thoughts on the romance genre today, and what originally inspired her to write recaps of Fifty Shades of Grey.

Trout first began her writing career at twenty-two, shortly after the birth of her first child. At that time, writing was her only career option. Anything else would require childcare, which would eat up all of her earnings. Trout’s grandmother, also a romance author, helped and encouraged her. Trout’s first book, Blood Ties Book One: The Turning, was published in 2006 (under a previous pen name) with much positive attention.

What made me do the Fifty Shades recaps was we had lost our house, we had no money, we were on food stamps, and everyone was talking about Fifty Shades of Grey. I thought I’d read it, and maybe it would cheer me up. As I was reading it, I was like “Are you kidding me?” This person [E.L. James] was a multi-millionaire, and I’m sitting on my couch wondering how I’m going to afford a box of mac ‘n cheese to feed my kids tonight.

After a bit of digging, I found out that it was fanfiction. So not only was it promoting abuse, but it was stolen, and this person was getting rewarded. I just lost my mind. I started the recaps that day.

Trout was clearly not alone in her opinions of the Fifty Shades books. Her recaps soon took off in popularity, at their height reaching one million hits a day. After a while, her fans’ enthusiasm inspired Trout to write a new series of her own. What if she took the basic idea of Fifty Shades and changed all the problematic parts to something better? The result was a book called The Boss.

As I was reading Fifty Shades, I could see all the tropes that she used. There’s no skillful hiding of the elements there. I thought I could take some of the tropes there, and I could subvert them.

There’s this part of Fifty Shades where Ana regularly worries about this huge age gap of five years … I thought I could really push that one. My hero, Neil Elwood, is twenty-four years older than the protagonist, Sophie … In Fifty Shades, Ana is very sexually naïve, and I wanted to show someone who wasn’t so naïve but could still have love … That’s one of the more damaging tropes of Fifty Shades.

At first The Boss was written in installments. As it grew more popular it expanded into a series that Trout self-publishes. The series now also includes The Girlfriend, The Hook-Up, The Bride, The Ex, and soon The Baby, which is due out on November 10th.

Although Fifty Shades inspired many similar books when it was published, Trout thankfully believes that the hyper-Alpha male Christian Greys of the world are on the decline again. In fact, she thinks some of the best romances out there today are coming from the self-publishing world. Trout happily gave some recommendations of her current favorites, including A Gentleman in the Street by Alisha Rai, FIT by Rebekah Weatherspoon, and Asking for It by Lilah Pace. (Trigger warning: Asking for It deals with a woman looking for consensual rape fantasy fulfillment.)

Finally, Trout has also been unapologetically outspoken about a number of issues close to her heart, including her passion for body positivity and her struggles with depression. Both of these topics are ones that she regularly speaks about on her blog.

While many people feel Fifty Shades has been a harmful force in the world, there has at least been some good that has come from the people who have united to speak up against it. For Trout, she feels her many followers are more like friends. When they respond to her writing, it feels like a gift.

For more from Jenny Trout, check out her blog and her page on Amazon.