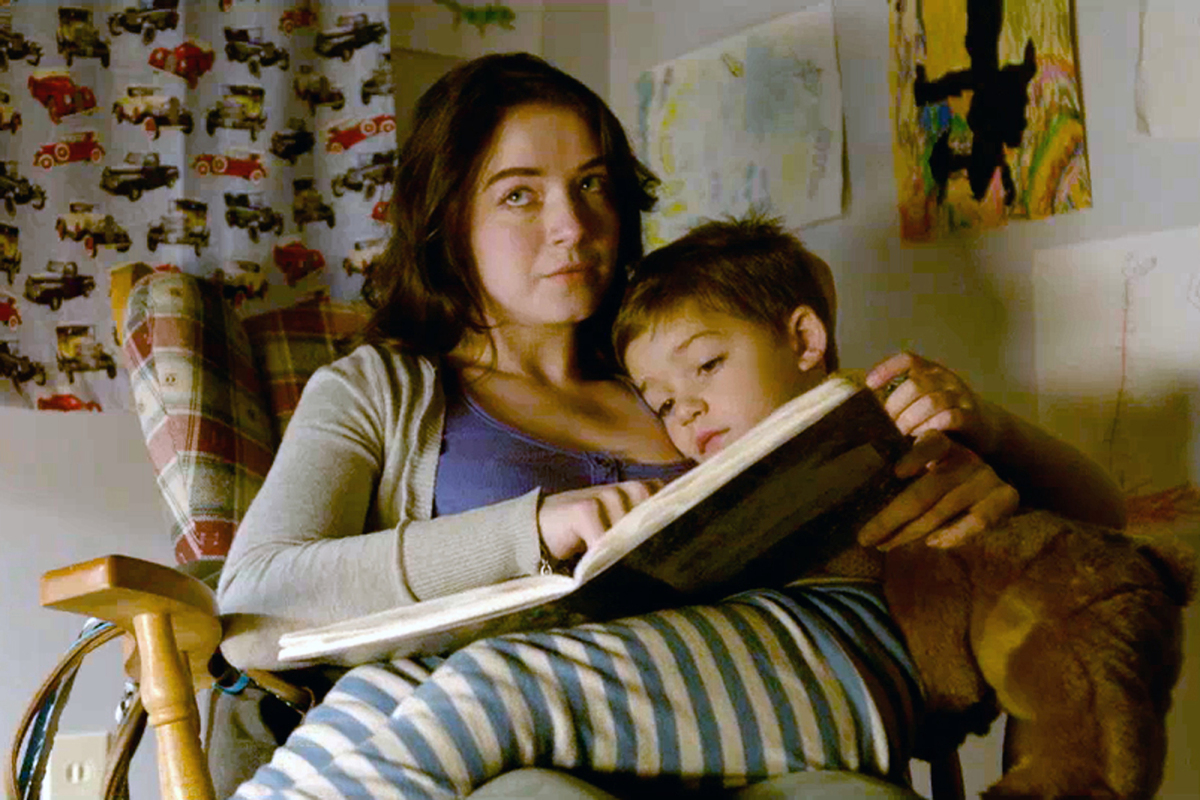 Sarah Bolger is one actress to make the hard transition from child star to leading lady. A long way from her leading role in 2003’s In America (one of cinema’s ultimate tearjerkers), her role in the new horror-thriller Emelie is a genuinely chilling villain. In the movie she plays a woman posing as a teenage babysitter who terrorizes her unsuspecting charges. Along with her baby-sitter-from-hell character, Bolger has an impressively varied filmography which includes the films The Spiderwick Chronicles and Lazarus Effect, and TV series such as The Tudors, Once Upon a Time, and Into the Badlands. I spoke with Bolger about her starring role in Emelie, working with kids as an adult actress, and the challenge of making an original horror character.

Lesley Coffin (TMS): When you were cast in the role, what kind of work did you and the director do to understand a character that is so disturbed and dangerous?

Sarah Bolger: I was offered the role, which was a gift. And Michael (Thelin, the director) sort of let me create her back story on my own. And he trusted me to develop the backstory as I saw fit. Because you aren’t meant to know that much about this girl when you watch the movie. There are only flickering moments from her past which audiences don’t see until the end of the film. So she’s just an enigma. But I still had to make her livable, so I just made up her backstory before filming.

TMS: Regardless of the film or role, are you an actress who will create a backstory for any character you play?

Bolger: I think so. Although I’ve been fortunate enough to play several real-life people, so I have a backstory to draw from. Then it’s my responsibility to learn their history. Even on Once Upon a Time, when I played Sleeping Beauty, it’s not up to me to create her backstory as much as I have to fill in the gaps of a story everyone knows. But it is always important to bring A, something of myself to a role, and B, make the character unique. I have to create some sort of human within the film.

TMS: Because she is the main character as well as the antagonist, is it harder to add that humanity and remain this terrifying presence?

Bolger: For me, it was all about the subtleties in this movie. When I read the script, I felt like the audiences do when they watch it. I thought “who is she, what is she, what is her motivation?” And keeping that ambiguous throughout was a difficult challenge. Because she is basically a villain, but I had to create that evil without it shining through too much. So I needed to add layers and layers on top of this broken girl.

TMS: What’s more fun as an actress, the version of the character pretending to be good and sweet, the way you act early on, or when you go off the deep end and have to be really sinister and terrifying?

Bolger: I actually loved playing the sweet version. Because I wanted to see how far I could go without being insincere. It’s fascinating as an actor to play a facade. She’s never actually the sweet baby-sitter, but she wasn’t always the person we see when she lifts that mask. Obviously, she used to be sane and whole in her life, but now she’s none of those things. She suffered some kind of terrible trauma and become this kind of empty void she’s trying to fill with possessions and characters. So it was fun to play a character that’s playing the role of a teenager, because I think she enjoyed fooling people. As an actor, it’s like playing an actor.

TMS: It’s funny how many actors in horror movies say they don’t like watching them? What’s your relationship to horror?

Bolger: I think horror movies can be brilliant, especially psychological thrillers, like this one. I love when the horror comes from the fact that we all have people entering and exiting our lives whose intentions we just don’t’ know.

TMS: Did you go back to look at any classic films for inspiration?

Bolger: It is an interesting movie in that way, because Michael and I couldn’t think of another babysitting movie like this, where the babysitter is the villain. There are babysitting movies where they are the heroine or the babysitter dies, but this movie is different. I know Michael loves Rosemary’s Baby, the ambiguities of that movie and tension of watching this girl go through something without really knowing what’s happening. But I’d like to think we sort of created an original idea.

TMS: Even though in a horror movie everything is fake, you still had to act opposite kids and do and say some pretty terrible stuff that is meant to scare them. Were you ever uncomfortable playing opposite them?

Bolger: Totally. There were moments when I felt Emelie could go further and I could have unleashed her a bit more, but we had to film those scenes when they went back to school. Or when I had to scream or cry or be covered in blood, they weren’t there for those scenes. And I agreed, because it is only far for a child actor to be feel comfortable on set, regardless of their age. So we were very careful not to make them uncomfortable or scared on set. But that was an added challenge we had to take on while filming.

TMS: Did your earlier career as a child actress help you work with kids on set?

Bolger: It would have, but on this particular project, Michael asked me not to befriend them off set so I would remain a bit of a stranger to them. The movie happens in the space of a night, so I can’t be familiar to them. Emelie walks in, tries to gain their trust, and loses it halfway through, so I was never their friend on screen. So Michael felt it would be a good idea if I were never their friend on or off camera. But that was unfortunate because they were lovely children and at the wrap party we had a great time together. But for me, it was actually a very isolated set. Normally I’m very social on a set, but on this one, because she’s trying to hide her true self, I felt it was important to stay hidden.

TMS: Despite starting really young and working pretty consistently, did you ever consider leaving the profession?

Bolger: It’s true that I started young and had a bit of a gap at the age of 13, but I genuinely missed it. I took a year off and stayed in school, because my parents were very diligent about making me do homework and be a normal kid. Although, I never babysat, so I lacked that background knowledge. But acting always felt like something in my blood. My dad’s a butcher and my mom’s a pastry chef, so I don’t come from an acting family, but I just always loved it and never wanted to do anything else.

TMS: When you are going in for a role or auditioning do you every have people who know you for something you did when you were younger and have to convince them that you’re different. That you can be scary or you can be sexual?

Bolger: It’s interesting, because I find people know me from very specific pockets in my career. So I’ll go in for a role and find out that they are big fans of In America or The Tudors. There are even some younger filmmakers who know me for The Spiderwick Chronicles. But I’ve yet to meet someone who’s only seen me in one thing, which is a big help.

TMS: What kind of projects do you have coming up?

Bolger: I’m hopeful about season 2 of Into the Badlands, which would be coming up. I’m so proud of that show and loved playing that character because I never get cast in roles like that. Someone who has a kind of heightened sexuality and is cunning, a quality usually aligned with older characters. Usually I’m cast in roles younger than my actual age, so it was great to get to play a real woman.