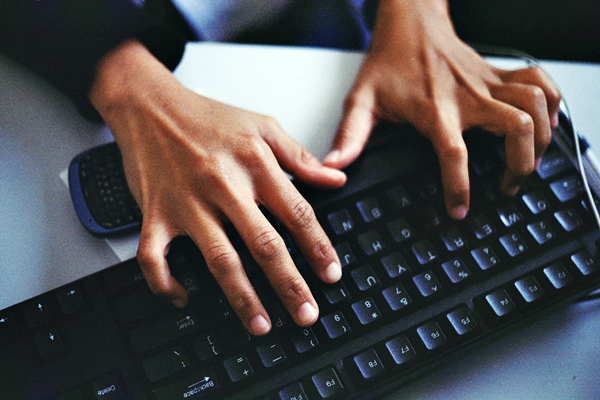 For no particular reason at all, here are some inexpensive and simple ways that you can beef up the security surrounding your internet presence. Let’s just say, totally hypothetically, that you end up living in a country with a fascist regime that wants to surveil and punish any possible dissent. What do people do when they live in countries like that? There are some precautions you can take.

VPN stands for “virtual private network,” and it’s sort of like an extra layer of protection that you can extend over your online habits. It definitely comes in handy if you regularly connect to public wi-fi access points, like at cafes or airports. Slate recently published a decent explanation about why it’s important to use a VPN in the first place, but their guide mostly focuses on how easy it is for hackers to find you if you connect to public wi-fi. Really, though, if you want to protect all of your internet presence from any possible source of attack, you may as well keep a VPN in place all the time.

Lifehacker has a good list of VPN clients that you can install. All of their suggestions do cost money–but, remember, you get what you pay for when it comes to this sort of thing. However, if you truly can’t afford to pay and you need a VPN option, CyberGhost offers free VPN services; they also offer a paid version. For the free version of their service, they only have a limited number of slots, and most of those slots are used up (I can’t imagine why). If you wait in the queue long enough, it may kick in, as people log in and out of the client today.

If you have an Apple device, you’ll be pleased to know that CEO Tim Cook is on your side when it comes to not wanting to give out encrypted info to anyone who might ask–even the FBI. But the FBI has found ways to unlock iPhones in spite of that, and they’re willing to go to unsavory lengths in order to do so. That means, hypothetically, if you live in a country that wants to deport you, imprison you, send you to a work camp, and send away your friends/peers/family, and you need a way to communicate without anyone finding you, then… you’re going to have to find some other option. Why not go ahead and install a messaging client now, and encourage your closest pals to use it to contact you?

I recommend Signal, a free messaging app available at whispersystems.org for both iOS and Android. Another more popular suggestion is WhatsApp, which is also encrypted, and Google Allo, but I prefer Signal. It’s open source, and it’s also more secure for a few reasons, detailed in this article at The Intercept which goes over the various encrypted messaging services available and explains why Signal is the go-to.

If you really want to go the extra mile when it comes to this stuff, consider installing the Tor browser, which is free. Just bear in mind that if you install Tor, let alone use it regularly, the NSA will put you on a list. Really, they’ll do that even if you don’t go so far as to use Tor. As soon as you start investigating Tor or other similar services, you’ll get flagged, and the NSA will assume you are up to something suspicious.

Some people do use Tor to break the law. Other people use it simply to browse the internet while living in a repressive regime, though… which is also breaking the law, at least where they live. Sometimes “the law” isn’t always morally right, though. That’s why these types of tools need to exist.

Using Tor will slow down your internet, because of all the added protections involved. If you need to use it in order to browse the internet will living under fascism, though, then I guess you’ll be willing to put up with slow loading times.

If all of us do this, then we will normalize the use of tools like these, which could end up… helping? And providing some sort of smokescreen? Maybe? Honestly, I don’t know. I really couldn’t say for sure, hypothetically, why anyone would ever need to use any of the tools on this list. I’ll leave that up to your discretion.