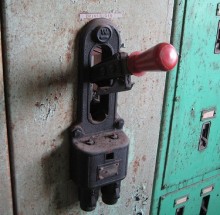 After making it through the Homeland Security Committee in December, Senator Susan Collins‘ Protecting Cyberspace as a National Asset Act of 2010 faded from view during the mid-term changeover in Congress, and quite a few people fervently hoped that it would stay that way.

Unfortunately, Wired Magazine was informed by the bill’s sponsor on Friday that Collins plans to reintroduce the “internet kill switch” bill to a Senate committee quite soon.  Friday, of course, was also the day that Egypt shut down it’s own internet in a futile effort to stop mass protests.  (An action that, if it continues past Sunday, may be significantly damaging to Egypt’s economy.)

The bill itself can be found here (PDF).  Collins said of it:

My legislation would provide a mechanism for the government to work with the private sector in the event of a true cyber emergency…. It would give our nation the best tools available to swiftly respond to a significant threat.

And she of course makes sure to say that the bill would not give the President free reign to shut down every ISP, as has happened in Egypt.

But, there are still some significant worries about the bill.  Wired puts it best:

An example, the aide said, would require infrastructure connected to “the system that controls the floodgates to the Hoover dam” to cut its connection to the net if the government detected an imminent cyber attack.

What’s unclear, however, is how the government would have any idea when a cyber attack was imminent or why the operator wouldn’t shutter itself if it detected a looming attack…

…The proposal prohibits the government from targeting websites for censorship “based solely on activities protected by the First Amendment of the United States Constitution.”

Oddly, that’s exactly the same language in the Patriot Act used to test whether the government can wiretap or investigate a person based on their political beliefs or statements.

We’re not sure what else there is to say about the bill except DO NOT WANT.  Seems like there are a lot of less creepy, possibly miss-usable, big-brothery ways to deal with cyberthreats on specific parts of the American infrastructure.  We’d like to investigate those opportunities first.  I mean, just look what happened when they took Jurrassic Park offline.