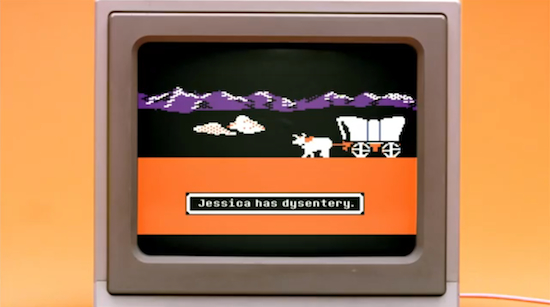 If you were a kid growing up in the ’90s, then chances are that the school computer lab was running Internet Explorer as their go-to browser. Chances are just as likely that it was suffering from the very same quality control issues 18 years ago as it is today. Since 1995, it’s been that same dance of disappointment and frustration over Microsoft’s inability to see that it has nearly two decades of problems to work out before it can hope to achieve the same level of prestige as Firefox and Google Chrome. In their latest attempt to make it appear that they’ve seen the error of their ways, Microsoft has released an Internet Explorer ad tugging at the heartstrings of those pining for the halcyon days of their ’90s youth. While we certainly can’t enough of the walk down memory lane, it does nothing to change the fact that Internet Explorer will remain a steaming pile of — look, garish fanny packs!

Watching this montage of ’90s nostalgia, it’s almost shocking that Microsoft failed to feature one of the most quintessential and universally recognized icons of that era in popular culture: The flying toaster screensaver. As mandated by our civic duty to be pedantic nerds, we have taken measures to rectify this glaring omission: