The Internet’s Birthplace Has Been Located 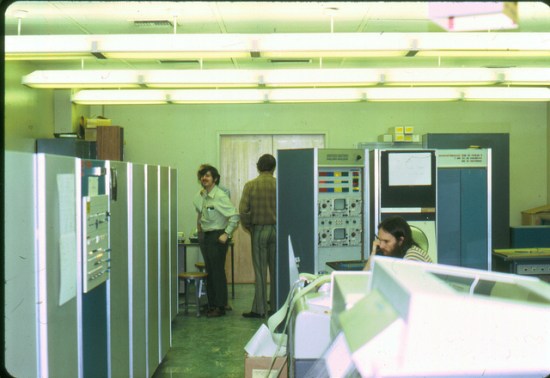 In 1969, while NASA was landing on the moon, the Advanced Research Projects Agency (ARPA) was busy trying to link up the then rare computers that were scattered across various U.S. corporations and college campuses. The idea was that by networking these computers together, they could improve research and also develop a networked computing system that would be less vulnerable to a nuclear attack. By 1969 the idea was up and running, with the first node of the ARPA network (ARPANET) operational at the UCLA campus. On October 29, the research team sent the first message from the UCLA node to another node at Stanford.

The Internet was born, and it was good.

But time passed, and  technology progressed: ARPANET grew to become the background of the international digital communication network we know today, the ARPA organization became the DARPA we’re so familiar with, and the room that birthed the internet was forgotten. It wasn’t until Brad Fidler, a doctoral candidate at the UCLA history program used first-hand accounts and photos to track down the cradle of the net: 3420 Boelter Hall.

Finding only a somewhat disused undergraduate lab, the plucky history student has since labored to turn the room into a recognized historical locale: the Kleinrock Internet Heritage Site. Though there is still little to look at, plans are in the works to restore the room to how it looked in 1969, as well as establish an archive for future historians trying to learn about this pivotal time in the history of human communication.

Though still under development, tours of the site are being done on an appointment basis, with the full-blown recreation to open on June 1 of this year. When trying to describe the project to a, perhaps, somewhat skeptical public, Fidler says, “it’s like Mad Men, but they were inventing the Internet.” If you’re in the area, be sure to pay your respects to the unassuming lab where men and women laid the groundwork for what we all take for granted today.