Internet Archive To Store Paper Copy Of Every Published Book 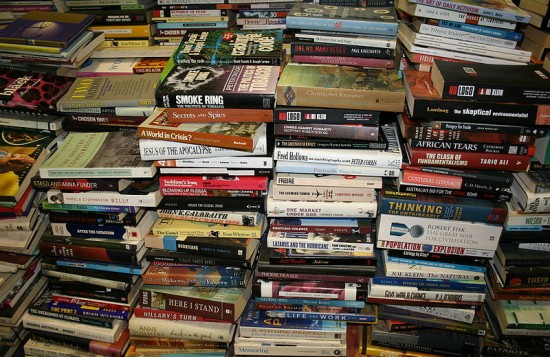 Internet Archive, a non-profit organization assembled in the 1990’s to build an internet-based library of digital collections has seemingly flipped positions, announcing an ambitious plan to store paper copies of every book they are able to acquire. With more than 100 million published works out there, Internet Archive wants to save one copy of every book ever published in the world. However, the company realistically hopes to establish long-term storage for approximately one copy of up to 10 million print books.

According to Internet Archive founder Brewster Kahle there are numerous reasons why a paper archive of books that have been digitized is a worthwhile endeavor. In a blog post, he says a dispute could arise about the fidelity of digital versions that could only be resolved by being able to consult the original paper copy. Kahle also says eventually digital archivists will want to rescan books at a higher DPI as that technology becomes available so the paper copies will be worth saving.

Another issue of concern in the transition to digital libraries is the lack of adequate long-term storage for digital material. Given a significant length of time, data loss is a problem even for redundant, highly available material, making it even more important to ensure the security of less popular literature. Problems like bit rot (an event where the small electric charge of a bit in memory disperses, which can alter program code) and flipped bits (when the program code is disrupted by bits of data that are out of place) are common concerns for digital storage.

Internet Archive’s Physical Archive will consist of books packed into climate-controlled storage containers, which will be housed in a facility in Richmond, CA that is set to open this month. The books will be cataloged, and tagged with acid free paper inserts with information about the book and its location. Boxes that store up to 40 books will be put into pallets that hold 24 boxes each. Shipping containers of approximately 40 feet will be modified for climate control and kept at 50-60 degrees Fahrenheit with 30% relative humidity. Internet Archive will own the books, and be responsible for their preservation.

In order to reach its goal of collecting one of every book ever published, Internet Archive is soliciting contributions from libraries and individual collectors, though they acknowledge that rare or particularly expensive books will likely remain in their current libraries. The company was inspired to create the Physical Archive after seeing libraries and clients for whom they digitized assets destroying books that were easily accessible online.

Internet Archive includes books of text, audio, video, in addition to software and a web page archive within their digital collections. Though their current plan for the Physical Archive is designed around storing paper books, preservation of books on other media platforms in their original states is also of interest. According to Kahle, the organization hopes to also store video and audio in the physical archive as well.