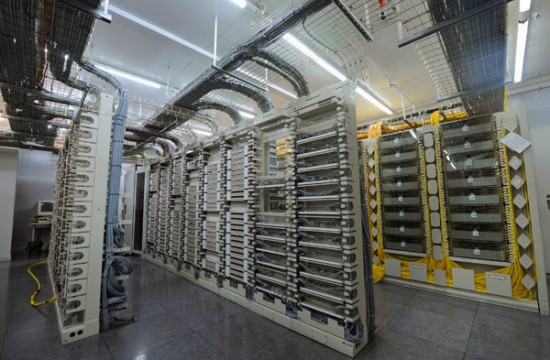 When you’re trying to figure out statistics about something as nebulous and pervasive as “the Internet,” you’re going to have to performs some interesting mental contortions. After all, how many things out there are connected to the Internet? How many of those things would you consider to be actively “using” it, how much power is there in the world? All valid and difficult questions, valid and difficult questions that Justin Ma and Barath Raghavan, of UC Berkeley and the International Computer Science Institute respectively, were determined to tackle.

By looking at previously published research, the two were able to estimate that there are somewhere around 750 million laptops, a billion smartphones, and about 100 million servers in the world. On top of that, they added the power these devices consume, the power consumed to make these devices, average device life-span, and power to cell towers and Wi-Fi routers. All said and done, they came up with a range of 170-307 Gigawatts that are devoted to Internet use; enough to power 140-253 time-traveling DeLoreans.

Of course, the next logical step from there is to try and get some perspective on what that actually means. It turns out that global energy output is about 16 terawatts, meaning that Internet usage, on the whole, is responsible for around 2% of global energy consumption.

What do you do with this data? Well, you use to make choices about where to focus time and money when it comes to green technology. While it’s all fine and good to strive for more efficient Internet technology, the numbers show that maybe that effort could be better spent elsewhere, like transportation and the like.  Of course , not of that is to say that we shouldn’t try to make Internet related processes more efficient, just that that’s probably not the best place to focus all of our energy.