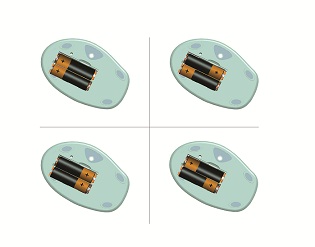 In the how-has-nobody-thought-of-this-before department: Microsoft has just unveiled InstaLoad, a simple, mechanical, devilishly clever technology that allows you to put batteries into a device whichever way you please, without having to pay attention to which end is positive and which end is negative.

As you can see in the diagram to the left, this means that if you have a mouse equipped with InstaLoad (but then, who has a mouse?) there are four possible configurations in which you can put batteries in versus the one acceptable configuration in current parallel configurations.

Here’s how it works:

Unlike current battery containers, which have a single positive contact at one end and a single negative contact at the other and which require an alternation back and forth between the orientations of batteries laid next to one another, InstaLoad has both positive and negative contacts at both ends. Then, “when coupled with PCB traces, proper power polarity is automatically delivered to the device.” That’s all there is to it. 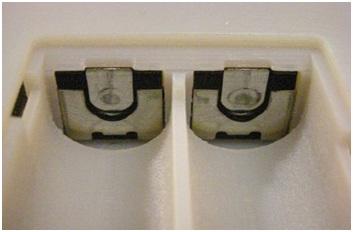 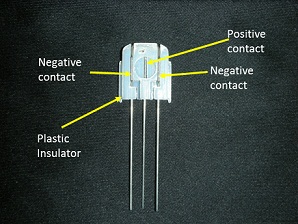 Currently, InstaLoad can be used with AA, AAA, C, and D batteries. Duracell is already onboard, and Microsoft hopes to market it towards consumer electronics businesses that in turn want to sell their customers on a hassle-free experience. The price of InstaLoad is still under wraps, however; if you’re interested in checking it out, you’ll have to get in touch with Microsoft IP licensing and sign an NDA and an evaluation agreement. Or, just wait a few months for the inevitable InstaLoad-equipped gizmos to come rolling down the line.