Ingrid Michaelson's Stranger Things' Album Is Everything | The Mary Sue

The album of the summer has landed. 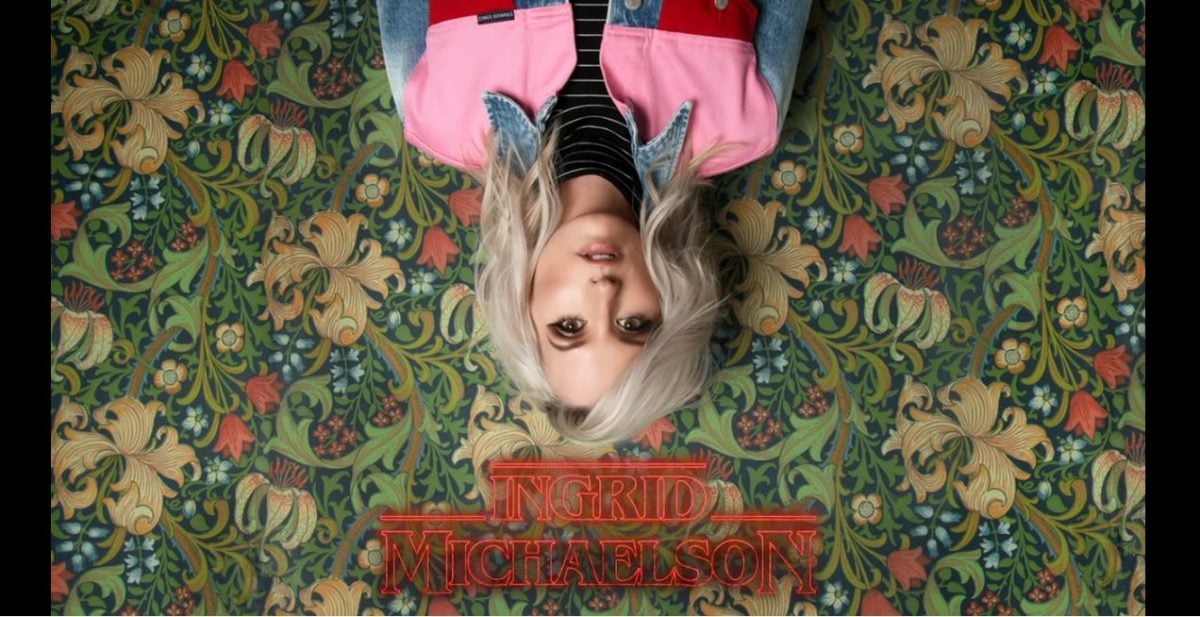 Fandom can inspire many things: outrage, frustration, love, connection. But it’s at its best when it inspires new creativity and artwork. This nerdy enthusiasm is the basis behind Ingrid Michaelson’s concept album Stranger Songs, inspired by her love of the Netflix series Stranger Things.

As someone who likes Stranger Things, I’m obviously excited for this album. But as someone who loves Ingrid Michaelson’s music, well, I am nerding the hell out. I’ve been a fan of Michaelson’s indie pop for years now, have seen her in concert several times, and yes, I walked down the aisle to “The Way I Am”. So if you’re looking for an unbiased take on this album, you’re not going to get it here.

In an interview with CNET, Michaelson discusses her personal connection to the series and how she started to craft an album around it, saying,

“It must have been about a year and a half ago. I remember being on a plane and I wrote a poem. I lost my mom and my dad — my mom five years ago, my dad two and a half years ago — and I think the idea of talking to your loved ones through Christmas lights was just very evocative to me. It just started out with a poem that was inspired by the idea of it and I thought to myself, maybe I should see if I can make this into a song. And then it became maybe should make a record.”

Stranger Songs is a departure from Michaelson’s signature indie folk stylings. There’s an 80s influence with some synth and electronica, but the songs retain Michaelson’s signature lyricism and poignancy. The songs are inspired by certain characters, relationships and dynamics in the series. The first single, “Pretty”, is inspired by the scene where Eleven puts on a pink dress and blonde wig and Mike calls her “pretty” before correcting himself by saying “pretty good”.

Michaelson discussed her love of Eleven, saying “Eleven’s character is just so amazing. She’s just this girl, but she’s so powerful, and in terms of Hollywood, that’s not the norm. So it was really amazing as a woman to see that kind of writing, and amazing for young girls to see. She’s the strongest one on the show — and not in any ironic way, she just is.”

The video for the song features Meghan Trainor, Evan Rachel Wood, Hoda Kotb, Laura Benanti and more. Michaelson is currently selling a “Pretty” shirt on her website, with all profits going to She Should Run, a non-profit that supports women running for office.

The other two singles from the album include “Jealous”, which was inspired by Eleven seeing Mike and Max together and “Missing You” about the Nancy-Steve-Jonathan love triangle. Here’s the Pac-Man-inspired video:

This is Michaelson’s first album that is directly inspired by pop culture, and she talks about the impact of nostalgia and looking outside your own narrative:

“I’ve made so many records as just Ingrid Michaelson, that I was like, I need to do something different, just in my own brain for my own self — and for my fans. I thought this was a good opportunity, because I do feel a deep nostalgia, like an unending nostalgia, and it gets deeper and deeper as I get older.

That show for me just makes me feel like I’m a little kid again and I think that’s where a lot of love for that show is. It’s got this universality because it has this nostalgia, but even if you weren’t alive in the 80s you still feel that nostalgia. It’s such a powerful human emotion and I definitely feel like that was the leading emotion in my heart when making this record.”

Stranger Songs is available now wherever music is sold.