What You Need To Know About Congress’ “Week From Hell,” From the Debt Ceiling To Kyrsten Sinema’s Continued Awfulness 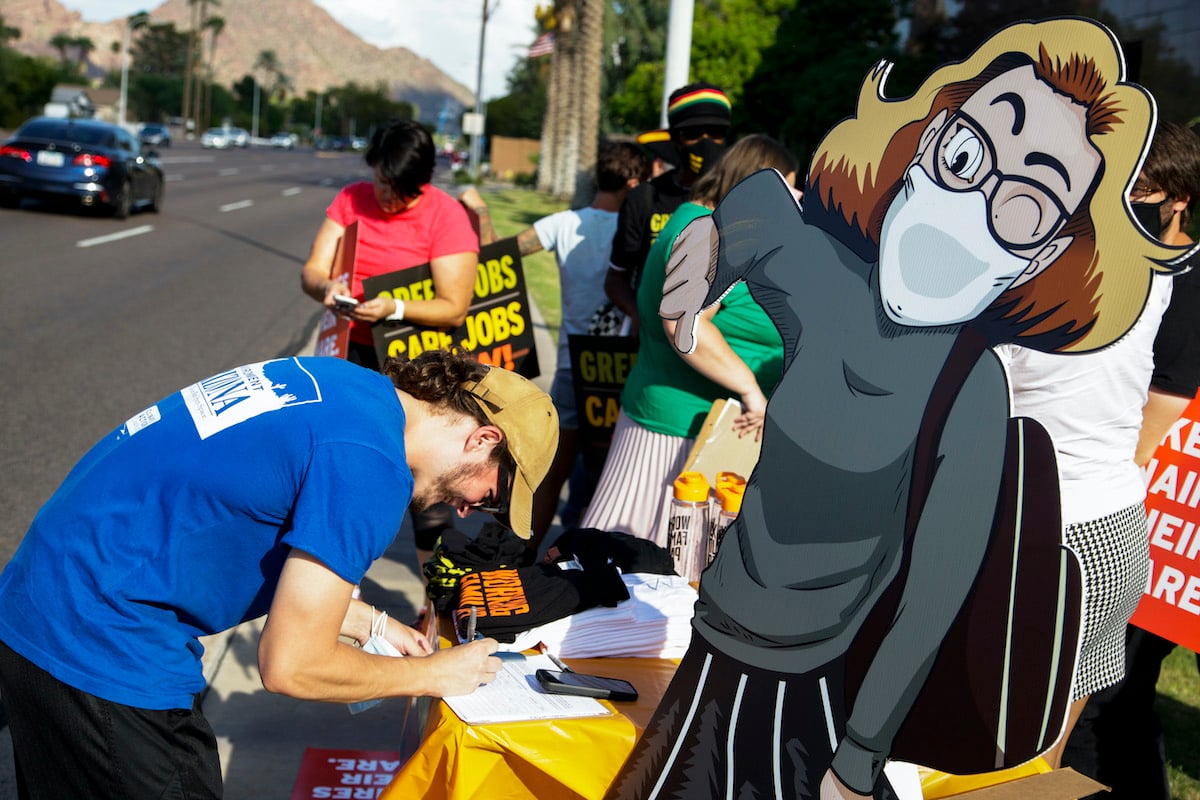 Going into this week, Congress was facing three huge deadlines that made it, as one senator put it on Sunday, “the week from hell.” And things have not improved as the days have passed.

First, Democrats are trying to raise the debt ceiling (the amount of money the Treasury Department can borrow), something Republicans are refusing to do. If Republicans just wouldn’t filibuster the proposal, Democrats could change the debt ceiling—something that’s happened nearly 100 times since it was first established, including three times under Trump—but Republicans are choosing to make things as difficult as possible, blocking a vote that would both keep the country from defaulting on its debt (which would be calamitous) and fund the government, preventing an impending shutdown.

The main reason they’re doing this is to protest one of the other bills from this hell week: the Build Back Better Act.

Republican (and a couple of Democrats’—we’ll get to them) opposition to the Build Back Better Act is also holding up Democrats’ big infrastructure bill.

Initially, House Speaker Nancy Pelosi promised that the massive social spending bill would be tied to the infrastructure bill in the vote that’s supposed to happen this week. But in the Senate, where the infrastructure bill has already passed, two centrist Democrats—Joe Manchin and Kyrsten Sinema—refuse to support the Build Back Better bill as is (and also refuse to offer any specific changes that could then lead to a tentative vote), so it’s stalled for now.

In response, Pelosi has now walked back her promise to keep the bills tied to each other, sparking outrage among progressive lawmakers.

Let me be clear: bringing the so-called bipartisan infrastructure plan to a vote without the #BuildBackBetter Act at the same time is a betrayal. We will hold the line and vote it down.

This is not the time for half measures or to go back on our promises. https://t.co/FVdlID9hZp

The importance of the Build Back Better bill cannot be overstated. It’s a $3.5 trillion package that invests heavily in environmental justice, clean energy, affordable housing, near-universal childcare, and much more. The idea, as Biden put it, is not just to “restore where we were prior to the pandemic. We need to build a stronger economy that does not leave anyone behind—we need to build back better,” he argued.

It’s important to note that voters overwhelmingly support the package. According to various polls, about 65% of Americans support it, including nearly 40% of Republicans and 2/3 of Independents. So why do Manchin and Sinema object? They’re playing the “too much government spending” card but for Sinema especially, the argument does not appear to be in good faith. (Shocking, I know.)

Sinema has met with Biden multiple times in recent days to discuss the bill and reportedly refuses to provide any sort of negotiation specifics. Politico writes: “During a private meeting with the president, Sinema made clear she’s still not on board with the party’s $3.5 trillion social spending plan and is hesitant to engage on some specifics until the bipartisan infrastructure package passes the House, according to a person who spoke with her.”

News w/ @burgessev: During a private meeting with the president, Sinema made clear she’s still not on board with the party’s $3.5 trillion social spending plan and is hesitant to engage on some specifics until the infrastructure package passes the House https://t.co/lDF2eInV2k

During all of this, Sinema is reportedly hosting fundraisers with major lobbying groups, many of which oppose the bill due to the tax increase it would place on corporations and the ultra-wealthy. There’s also Sinema’s longstanding ties to Big Pharma to take into consideration.

“Over the course of her career, Sinema has raised more than $500,000 from donors in the pharmaceutical and health-products industries, according to OpenSecrets,” Jacobin explains. “Now, Sinema is threatening to tank both infrastructure bills — the bipartisan, industry-friendly deal she helped negotiate and Democrats’ broader $3.5 trillion reconciliation spending package meant to fund Biden’s economic, health, and climate agenda — if Democrats don’t pass her bill first.”

Some are arguing that passing some legislation is better than nothing, while others say it’s better to kill the infrastructure bill than to cede this much control over much-needed social spending to Republicans and self-serving centrists like Sinema. There are no easy answers and things are likely to get even messier before (and if) they get solved.