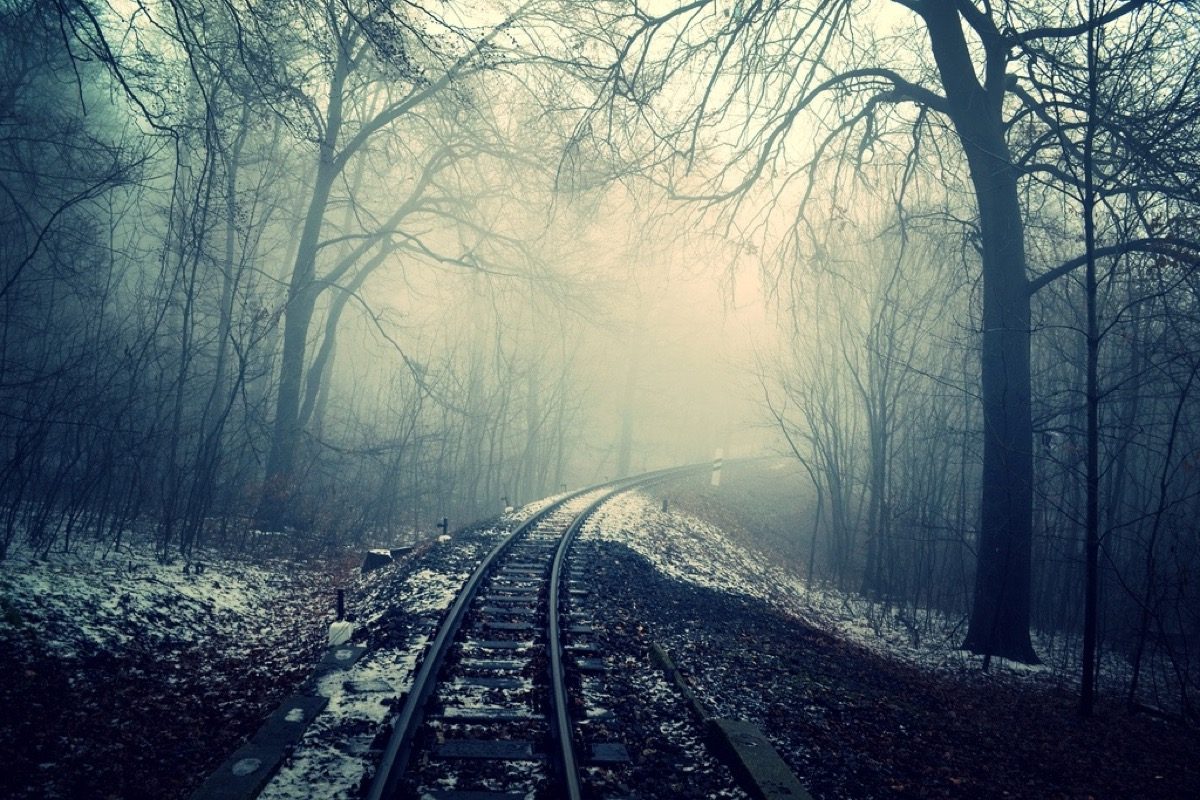 The podcast landscape is exploding, especially in the independent production realm, and fiction podcasts are getting more attention both from the press and from major production companies. It can be hard to navigate if you aren’t sure what you’re looking for, and when it comes to podcast lists, I tend to see the same names recommended repeatedly—usually podcasts with major financial backing or huge audiences—and not a lot of the diversity that actually exists in the space.

One thing is for sure: Horror is rampant in audio. Audio horror means you don’t need a budget for special effects or costuming, but instead a focus on terrifying sound effects, lush music, and enrapturing performances.

So, this list is not going to include the Limetowns, Magnus Archives, and Archive 81s of the world. Those are brilliant works of audio horror, and you should definitely check them out, but there are smaller, independent podcasts that exemplify this diverse, representative, and exploratory space whose development we’re witnessing. 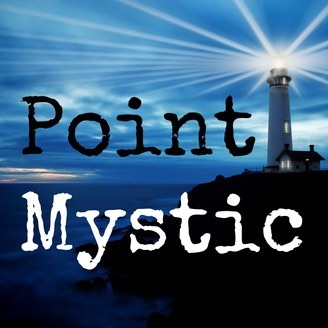 Point Mystic is magical realism brought to dizzying heights by creators Christopher Reynaga and Marguerite Croft. It’s set in a mysterious, hidden town with an equally strange radio broadcast, where the host interviews community members about their wild experiences. What’s amazing about Point Mystic is that those interviews are improvised between Reynaga, who plays the eponymous host, and the voice actors.

There’s certainly an overall plan, with some scripting and editing handled by Croft, but these are real improvised discussions about topics like colonialism, racism, and injustice, drawn from such personal, real memories that it becomes hard to remember that this is fictional. 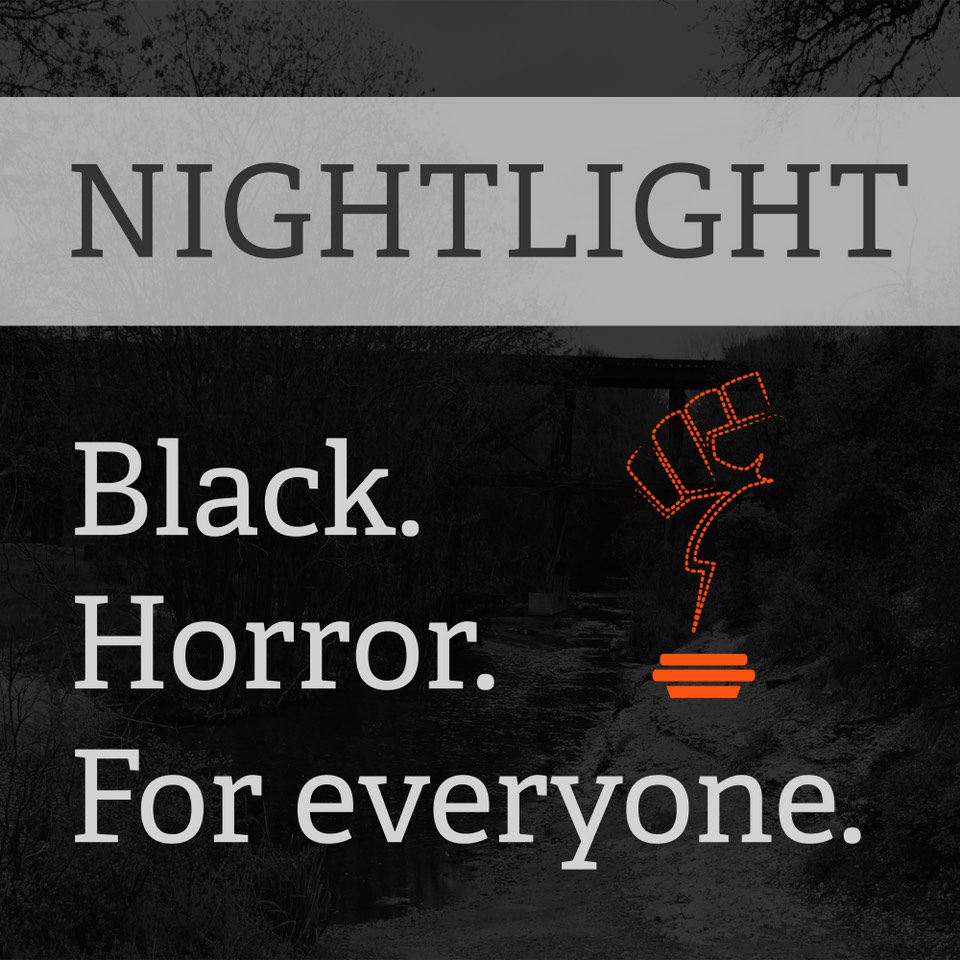 Created by Tonia Thompson, this anthology podcast showcases horror stories written and performed by Black creatives. In a genre that has often used the Black community as The Other to be feared, these stories focus on real horrors of the world that have often raised goosebumps. Thompson does wonderful work putting the narrative and performance at the forefront and filling it out with music and sound effects where most effective and necessary, which has created more than a few jumps on my end. She also sometimes conducts interviews with a few of the authors within the same episode after the credits. 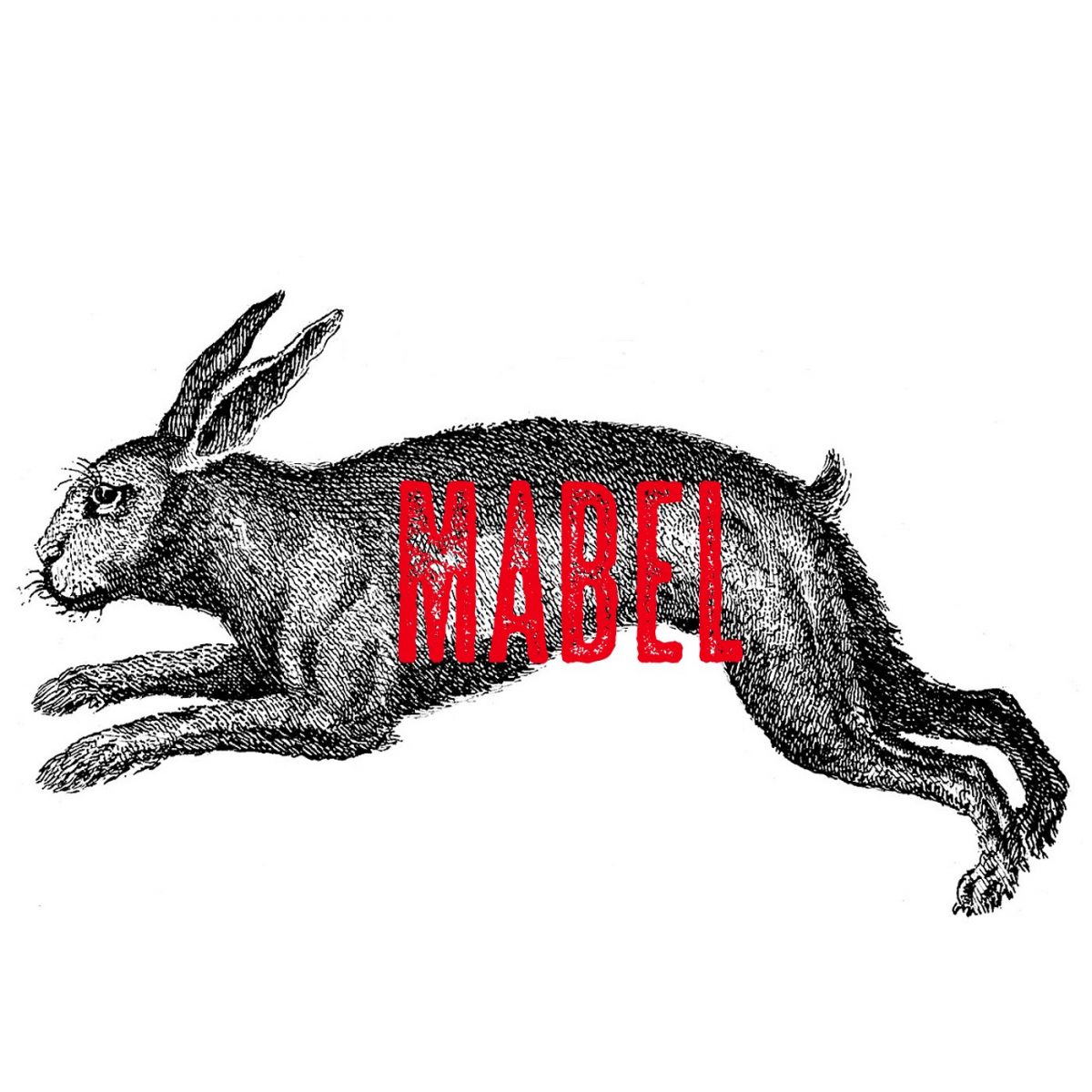 Have you ever wondered what it would be for horror to sound so beautiful that you feel like you’re in a dream? Mabel’s design and writing is like that. It starts off as a story about an in-home caretaker named Anna trying to reach her client’s granddaughter, Mabel, told through Anna’s voicemails.

The voicemails morph as Anna feels confusion, fear, and wonder while encountering the unusual world behind the façade of this ghost-ridden house. Created by two Latinas, Becca de la Rosa and a mysterious second creator who only goes by Mabel Martin, it was important to them to have characters that represent their identities.

If you’re looking for a horror podcast that has beautiful writing and a queer romance that effectively twists the knife, Mabel will send you there. 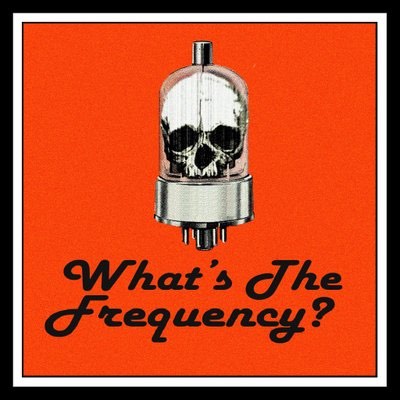 Sometimes, the horrific is also the weird. What’s the Frequency? is billed as a “psychedelic noir set in 1940s Los Angeles” that questions what is happening when one mysterious radio broadcast starts taking over the airwaves and the actions of Los Angeles residents.

The “psychedelic” part is no joke: Sound designer Alexander Danner goes hard for that weird, sonically rich, and occasionally disturbing audio, aided by the improvisations from their diverse cast. The experience includes fake, 1940s-style ads for in-universe products that are dark satires and commentary on topics like gender politics, the meaning of patriotism, and toxic masculinity. 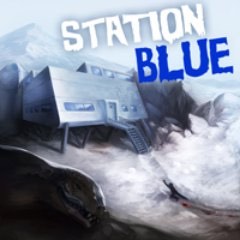 For those who prefer a slow burn, Station Blue explores what it means to be completely isolated, while grappling with mental illness and how terror can come from within your own mind. Chad Ellis weaves his own experiences as someone with bipolar 2 disorder into this podcast about Matthew Leeds, who goes all the way to Antartica to find meaning and to heal from a broken heart.

The extreme dedication Ellis has put into the sound design and writing and performance, as well as the risks he likes to take with them, has catapulted Station Blue into my favorites list.

6. Monsters Out of the Closet 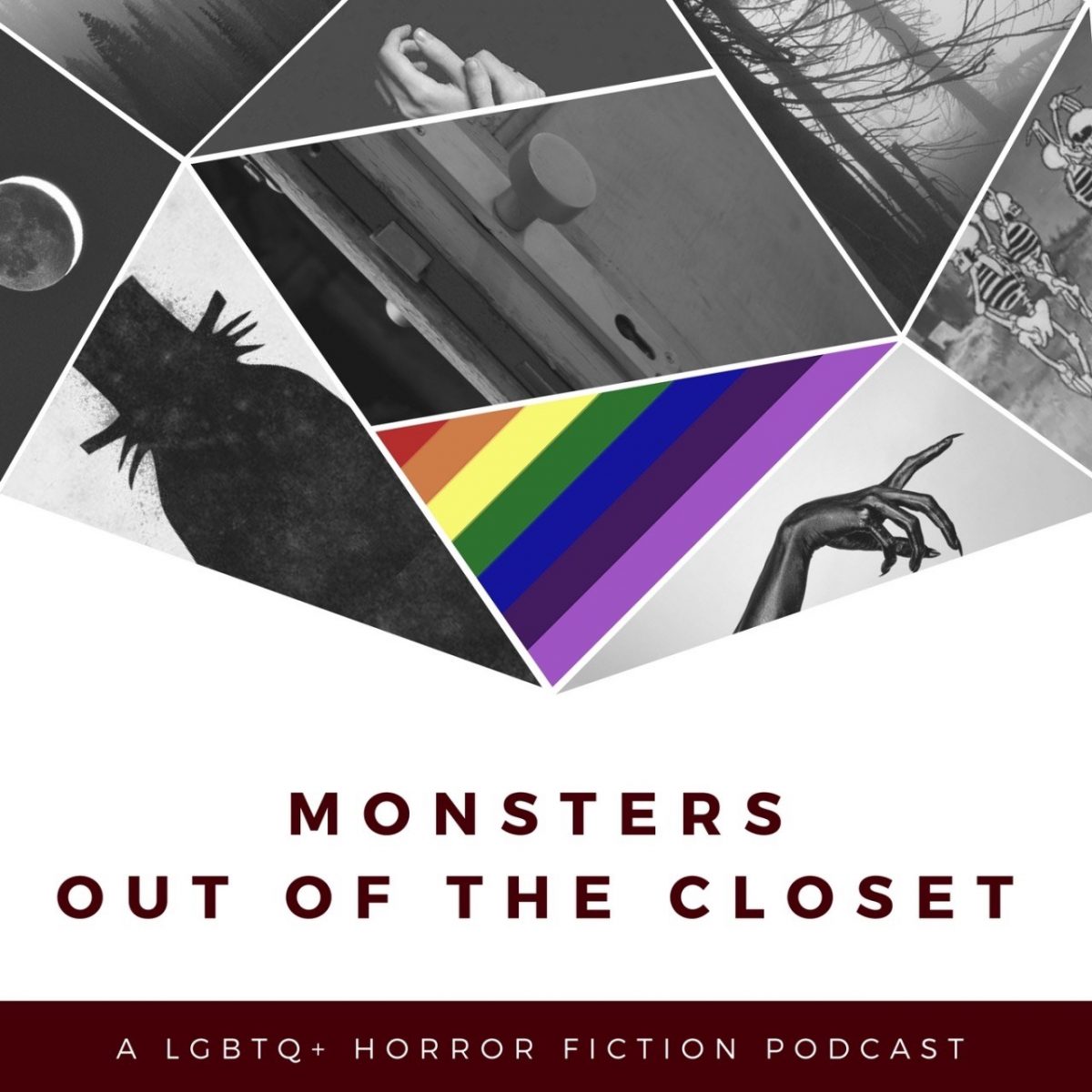 Monsters Out of the Closet celebrates queer-focused horror in an anthology format. Each episode has its own theme, and the team picks various submissions of short stories, poetry, music, and other creative content from LGBTQ+ authors to perform, design, and produce.

They have hired many great performers to bring them to life, as well as a variety of sound engineers, which means each episode is its own distinct experience. One of my favorites is episode 6, “Journeys,” which features the audio fiction “Swipe Left for Zombies,” about a Grindr date that ends up in the zombie apocalypse. 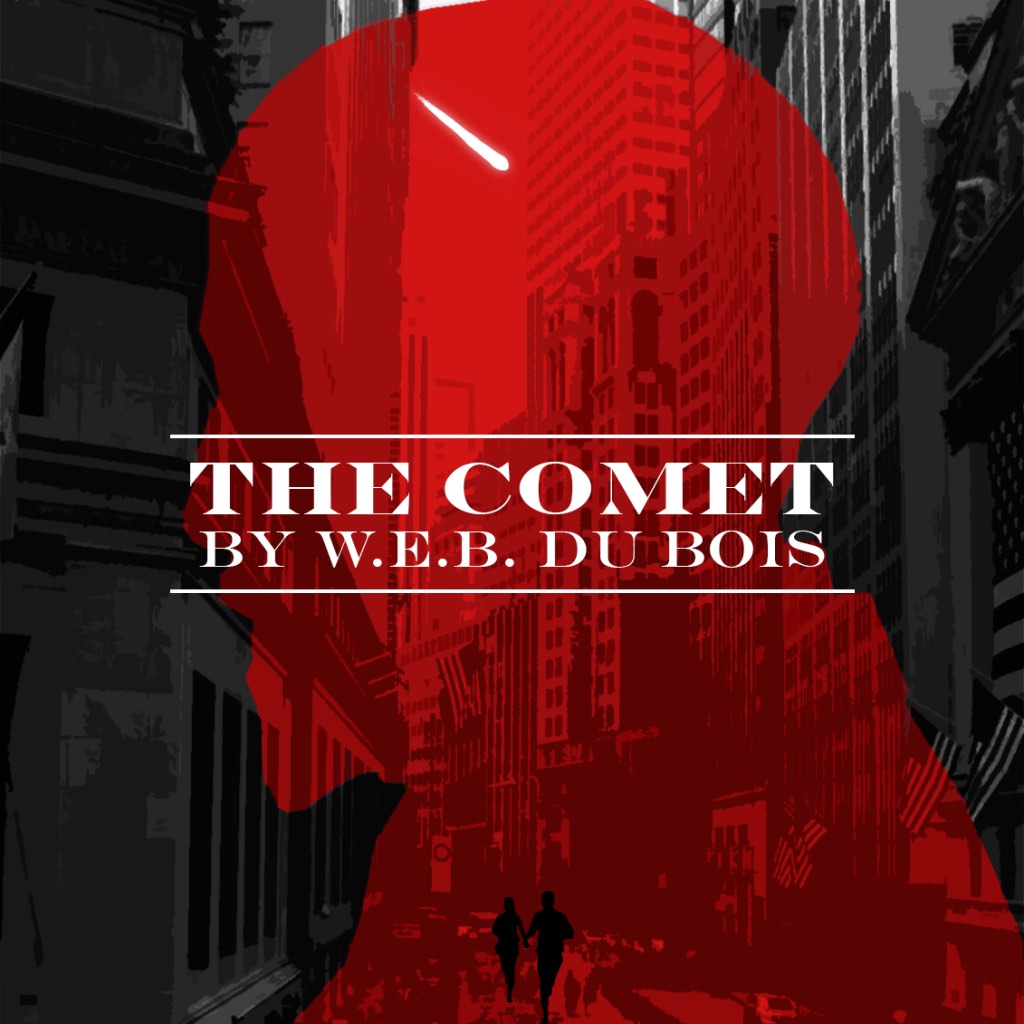 This is an adaptation of W.E.B. Du Bois’ short story The Comet, a science-fiction tale from 1920 that follows the relationship between Jim Davis, a poor and hard-working Black man, and Julia, an affluent white woman, after they find themselves alone in a world where everyone has been killed by a fallen comet’s toxic gases.

If you need something shorter than the other options on this list, The Comet is just one half-hour episode, arranged in twenty days and performed live, including the sound effects and music, designed and curated by Keisha Dutes. You’ll be filled with fear when Davis reacts to the world he sees when he exits his building, and that fear embeds itself further as the story goes the exit from a city strewn with the dead. 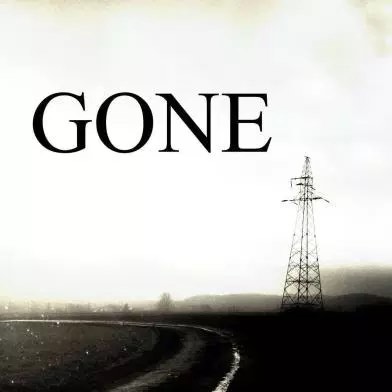 Sunny Moraine is one of my favorite short horror fiction writers, and their podcast Gone made me literally fall out of my chair at one point. Gone starts with a woman waking up to an entirely empty world—unlike The Comet, there aren’t even bodies there to indicate what happened. She’s simply alone with herself as she tries to survive and figure out the mystery, to see if she can fix it.

Like much of Moraine’s work, this story deals with mental illness without ableism and from personal experience, and the performance is chilling. 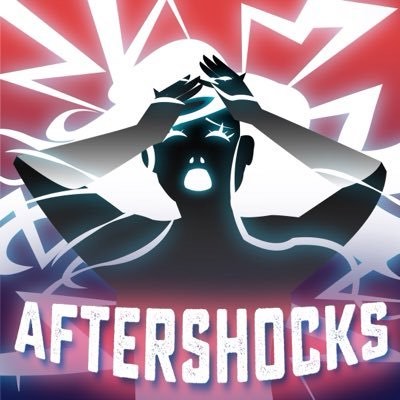 In Aftershocks, listeners follow Riley, who has been diagnosed with schizoaffective disorder, through her time at the mental health rehabilitation facility Amber Ridge. If you guessed “it’s haunted,” you’re not wrong, but the horror still strikes hard and fast through judicious use of frightening imagery and evocative sound effects.

There’s rarely a question for the listener as to what’s real or not, even if Riley herself doubts it, because this is a podcast that takes mental illness representation seriously rather than using it as a gimmick. 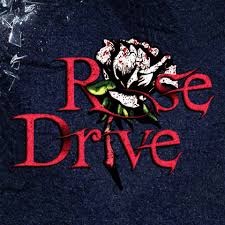 Rose Drive is a thriller podcast about what happens when a man returns to his hometown and investigates what happened at his high school reunion. Each episode focuses on interviews with one suspect and encourages rampant conspiracy theories—there’s even a section of the website dedicated to the theories and a link for listeners to send in their own.

This is a polished soundscape from creator Raul Vega, following a flawed and unreliable narrator.

Elena Fernández-Collins is a podcast reviewer and forensic sociolinguist living in Portland, OR. She writes about podcasts for her own website, about audio fiction for The Bello Collective, and curates her own newsletter, Audio Dramatic. You can find her spending too much time on Twitter @ShoMarq, where she would probably like to to talk to you about having a press kit and transcripts for your podcast.