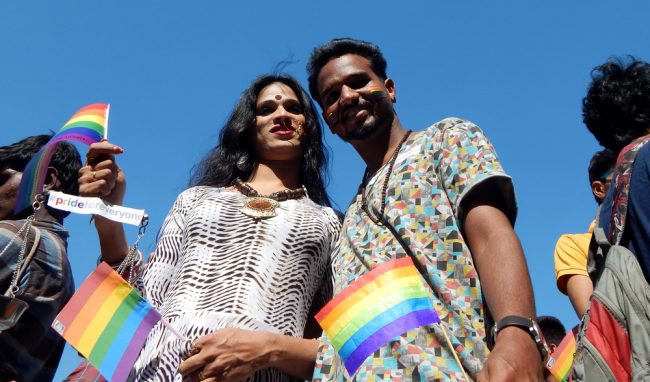 In a landmark ruling, India’s Supreme Court has unanimously declared that citizens have a right to privacy – and that this right to privacy includes the right to pursue a same-sex relationship. Unfortunately, the ruling does not have any immediate effect on India’s section 377 – the part of the Indian Penal Code which functionally criminalizes same-sex relationships – but it does give hope to LGBTQIA activists who are awaiting a Supreme Court ruling on that law.

The nine-judge panel rebuked a lower court ruling from 2013, which had essentially declared that LGBTQIA individuals were too small a segment of the population to worry about. The judges in this month’s decision rejected that logic, writing, “A minuscule fraction of the country’s population constitutes lesbians, gays, bisexuals or transgenders (LGBT) is not a sustainable basis to deny the right to privacy. The purpose of elevating certain rights to the stature of guaranteed fundamental rights is to insulate their exercise from the disdain of majorities, whether legislative or popular.”

This is a heartening judgment for opponents of section 377, but it’s worth noting that the 377 decision will be decided by a larger bench than the nine-member one which ruled in this privacy case. The larger bench may determine that section 377 can stand, especially since this privacy ruling notes that “like the right to life and liberty, privacy is not absolute. The limitations which operate on the right to life and personal liberty would operate on the right to privacy.” Previously, the Supreme Court ruled that section 377 was a matter for Parliament, not the judiciary.

It’s also unclear how these new privacy rights might affect trans Indians, since gender identity is not explicitly addressed in this ruling. A proposed bill of transgender rights has already passed the upper house of Parliament, but not the lower house, so that may provide an alternative route to ensure equality for trans Indians should the Supreme Court fail.

Still, given the clarity with which this decision repeatedly refers to sexual orientation as part of the spectrum of fundamental privacy rights, one can’t help but hope that section 377 will be amended to legalize same-sex relationships between consenting adults.

(Via Times of India, the Human Rights Campaign, and The Better India; image via Shutterstock)