India Decriminalizes Gay Sex in a Ruling | The Mary Sue

“We have to bid adieu to prejudices and empower all citizens.” 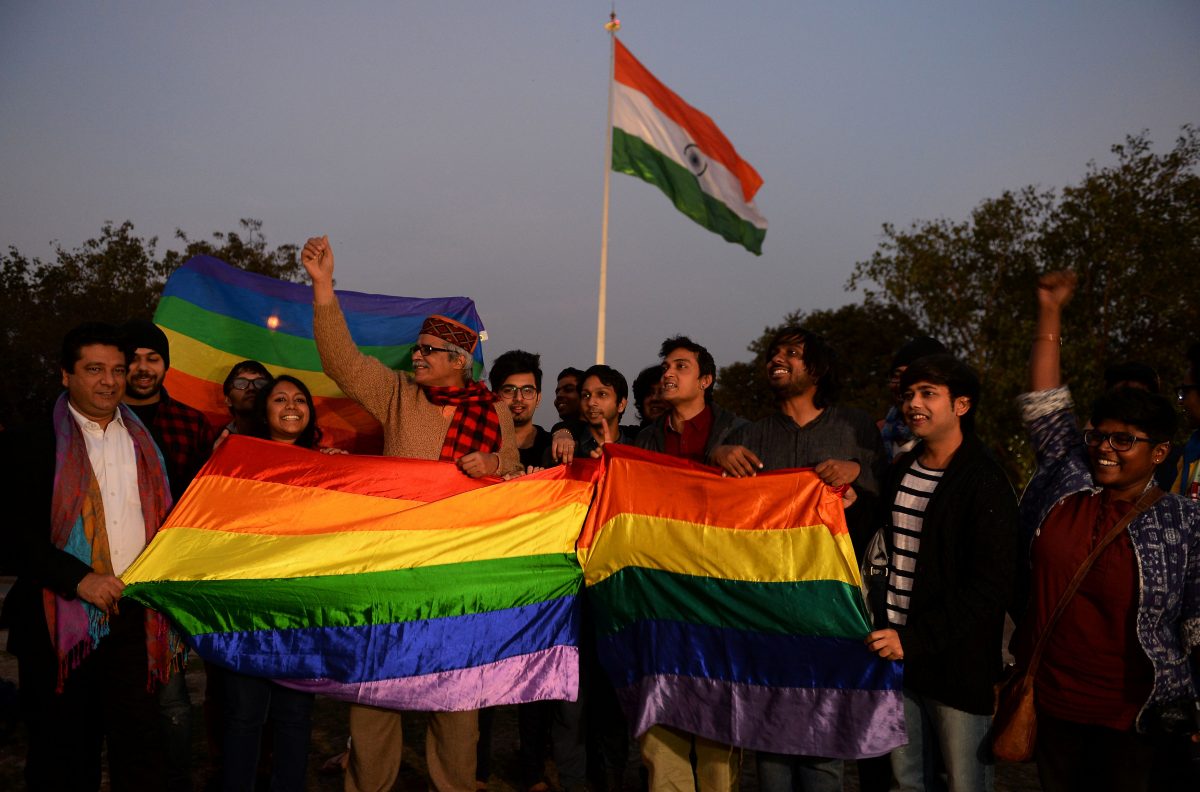 The Supreme Court of India has made history by unanimously voting to decriminalize gay sex. The ruling strikes down a colonial-era law called Section 377, which has been part of national law since the British occupation in the 1860’s. In delivering the verdict, India’s chief justice, Dipak Misra, called Section 377 “irrational, indefensible and manifestly arbitrary. We have to bid adieu to prejudices and empower all citizens.”

Meenakshi Ganguly, the South Asia director at Human Rights Watch said, “The Supreme Court decision means that at long last same-sex relations are no longer a criminal offense in India. The court has affirmed that no one should be discriminated against for whom they love or what they do in the privacy of their bedroom.”

Supporters of the ruling celebrated in the streets as the decades-long legal battle was definitively put to rest. Activists have been trying to strike down Section 377 since 2001, when the Naz Foundation (India) Trust, a sexual health organization, argued that the laws prevented them from accessing communities affected by HIV/AIDS. In 2009, the Delhi High Court ruled against Section 377, saying it violated basic privacy and human rights. The victory was short-lived, however, when the Supreme Court overturned their decision in 2013 and kicked it back to the legislature.

The 2013 ruling was catastrophic for Indian citizens who had come out in the intervening years, leaving them vulnerable to discrimination, blackmail, and extortion. Since the ruling, lawyers and human rights advocates have worked tirelessly to decriminalize gay sex. Menaka Guruswamy, the lawyer who argued the case said, “This decision is basically saying, ‘You are not alone. The court stands with you. The Constitution stands with you. And therefore your country stands with you.’ ”

The ruling was met with condemnation from conservative religious groups in the country, ranging from Hinduism to Islam to Christianity. Ironically, Hinduism, one of the dominant religions, has always had a pervasive acceptance of LGBTQ folks. Hijras, widely recognized in South Asian countries as the third gender, are one of the oldest transgender communities in existence. While they have been recognized as a group for centuries, the Supreme Court didn’t grant them to right to self-identify without sex reassignment surgery until 2014.

The Supreme Court ruling, in addition to decriminalizing gay sex, means that gay people are now entitled to constitutional protections, and cannot be discriminated against on the basis of their sexuality. This is a massive progressive step forward for the second most populous country in the world, with ripple effects that could extend to other countries litigating gay rights. This is especially pertinent for other former British colonies in Asia, Africa, and the Caribbean, where similar colonial-era laws are still in place. Only time will tell if those countries will make strides towards gay rights, but now India has given them an example to strive for.