Identical Twin Astronauts Will Test the Effects of Space on Humans

Man, the Winklevoss twins must be so jealous. 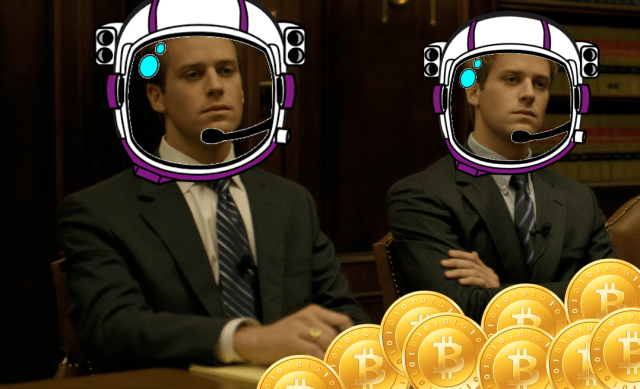 Despite the Winklevoss twins’ plans to use Bitcoin to go to outer space, two NASA astronauts are getting the jump on their whole “twins in space” bit. Identical twin astronauts Scott and Mark Kelly are going to help NASA better understand how long-term weightlessness affects the human body.

Actually, the Kelly brothers have been doing the space twins thing for so long that Mark is retired, but that won’t stop him from helping fellow astronauts and humanity. When Scott begins his one year stay on the International Space Station next spring, Mark will play along at home as his genetic double.

No American has ever stayed on the ISS for a year (seven months is NASA’s maximum, though Russia’s record is 14.5 months). So, they’ll monitor the changes in Scott’s body while he’s in space and compare them against his genetic double, Mark, on the ground. The experiment will help us learn more about the dangers future astronauts might encounter on long-term interplanetary missions.

They’ll be looking at things like what happens to the immune system, gut bacteria, reaction time, possible vision impairment, DNA and RNA molecular science, and hardening of the arteries among other things. Scott has also volunteered to have spinal taps done while he’s in orbit and a pressure sensor implanted in his skull to get additional data. I guess you get pretty brave when there’s a spare you in case anything happens?

NASA says that won’t be necessary, though, as there will be plenty of data for them to collect without quite going that far. After all, not only are the brothers basically the same person genetically, but they’ve lived very similar lives as astronauts, so this is already the closest we’ll ever get to comparing two different environments effecting the same person at the same time.

I mean, most parents can’t even get one of their kids to grow up to be an astronaut. Maybe take some time and study the astronaut-rearing methods of the twins parents while you’re at it, NASA.

(via Phys.org, image via The Social Network and Victoria McNally)