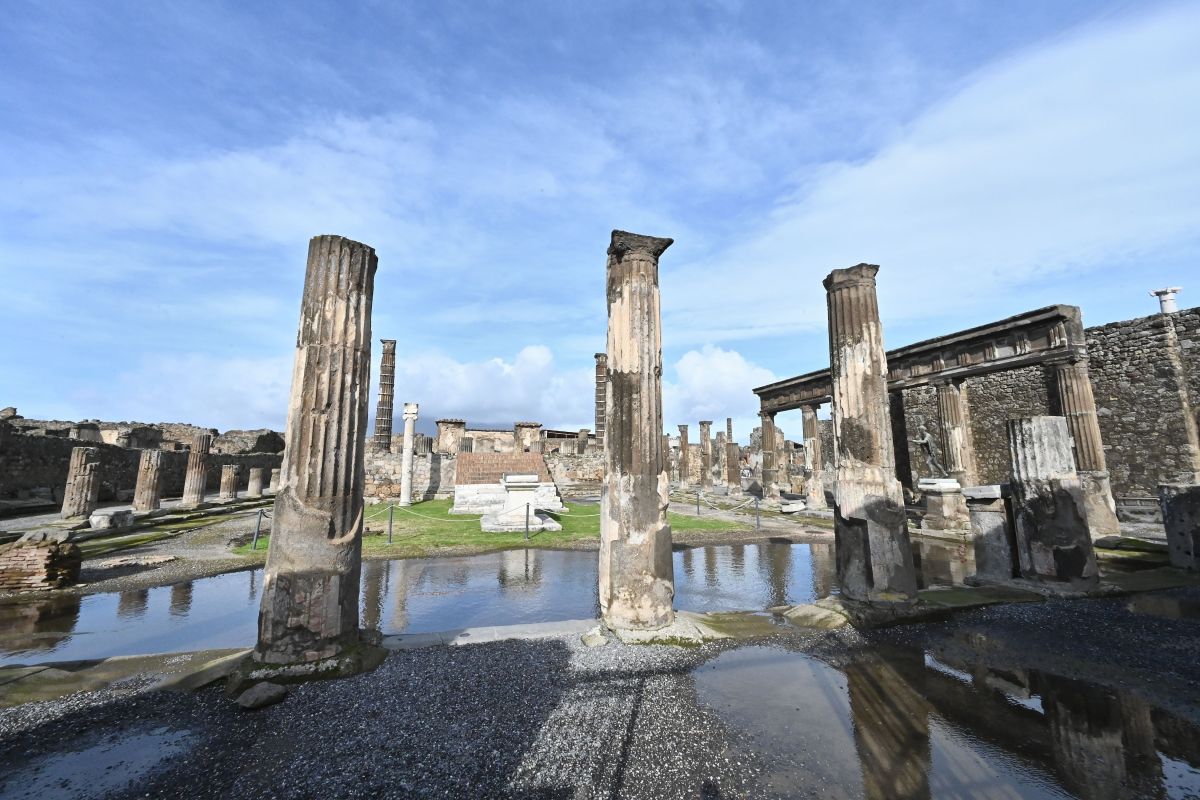 After millennia under volcanic ash and rubble, and over a century of excavations, Pompeii continues to give up secrets and treasures. The latest is an incredible ceremonial chariot the likes of which has never been seen in this region before, discovered in a villa to the north of the main city. This nearly fully intact chariot is made of wood, bronze, and tin and is what one archeologist called “the Lamborghini of chariots.”

The find was announced on Saturday by the Archaeological Park of Pompeii. The chariot was found in the Civita Giuliana villa, in the stable where 3 horses had been found in 2018. While other chariots have been discovered before, this one is unique in its rich design and details. It’s adorned with reliefs in bronze and tin and the archeologists on the site have even found the remnants of floral decorations on the vehicle.

The four-wheeled processional chariot. The last discovery of #Pompeii.⤵️https://t.co/XP52Pp3imB

“This is an exceptional discovery, not only because it adds an additional element to the history of this dwelling and the story of the last moments in the lives of those who lived in it, as well as more generally to our understanding of the ancient world, but above all because it represents a unique find – which has no parallel in Italy thus far – in an excellent state of preservation,” reads the announcement.

The chariot, or at least the iron top of the chariot, was first discovered in the collapsed stable on January 7th and slowly revealed. It’s remarkable according to the scientists on site that this relic survived not only the collapse of the stable but also the theft of artifacts from the villa, accomplished through the use of illegal tunnels, which prosecutors are actively investigating in tandem with the excavations. Seriously, how horrible of a person do you have to be to dig tunnels to steal ancient treasures from Pompeii?

The entire thing has been moved from the site of its discovery to the Archeological Park’s laboratory for full restoration and excavation (it’s still mainly stuck in ancient ash and rock). The work is painstaking but the results are incredible, as you can see from this video posted by the Archeological Park along with the announcement.

So what was this type of chariot used for? This isn’t the type of ride you’d use for running your daily errands. We can’t be sure and that’s what’s amazing about it, because as outgoing director of the park, Massimo Osanna said: “It is an extraordinary discovery for the advancement of our knowledge of the ancient world. At Pompeii vehicles used for transport have been found in the past, such as that of the House of Menander, or the two chariots discovered at Villa Arianna, but nothing like the Civita Giuliana chariot.”

The chariot could have been for festival days or military triumphs, but the most exciting thing is that we have found it and can learn from it, as we have from so much of Pompeii.