In This Time of Panic, We Look to Generation X for Inspiration

Keep calm and put on some flannel. 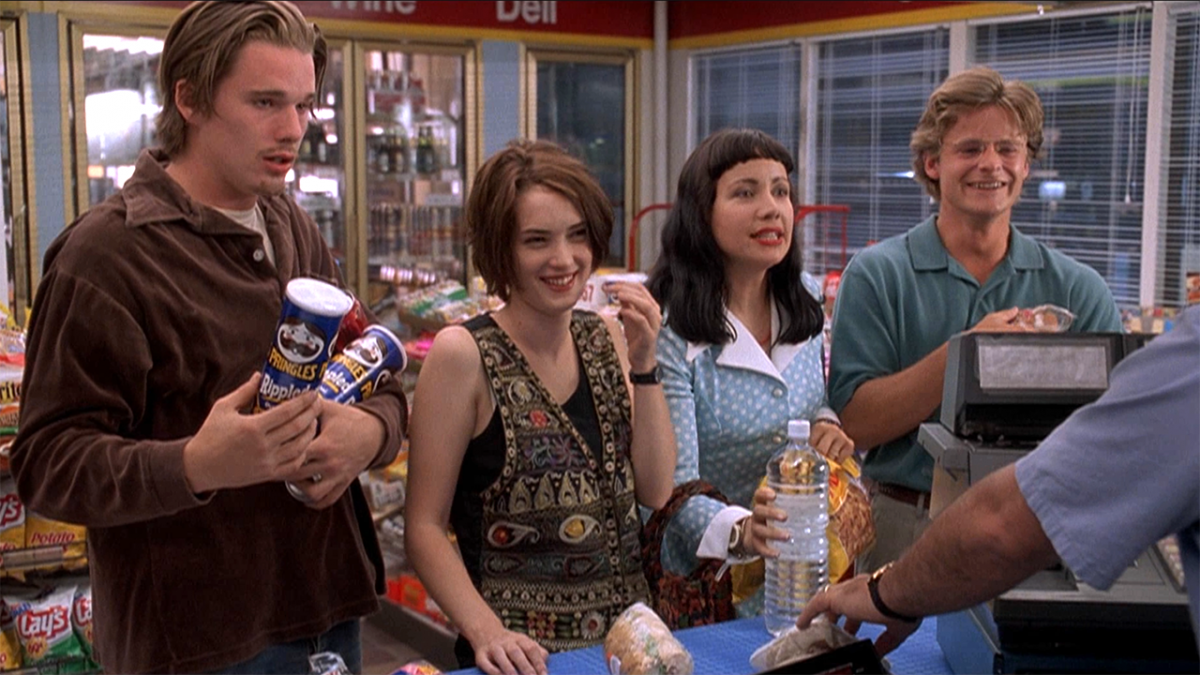 The differences between baby boomers and millennials have been constant fodder for political debates, online feuds, and memes about everything from avocado toast to medicare for all. But amidst the boomers and the millennials, one generation has been left out of the cultural conversation. I’m talking, of course, about Generation X.

Generation X is comprised of folks who were born between 1965 and 1980, and are commonly referred to as “the latchkey generation”, thanks to a childhood largely spent looking after themselves. With both parents having to work and the moral panic of “stranger danger” still years away, this generation raised themselves thanks to microwave dinners and cable television.

It is no surprise then, that the kids who were left to entertain themselves for hours on end are now the adults best equipped to thrive during COVID-19. After all, latchkey kids grew up self isolating and staying at home, aka social distancing. Now, Gen Xers are taking to social media to brag about their staying at home prowess, with #GenX trending. And honestly, we could all take a page from their book:

Hey #GenX. It’s our time to lead. We were the neglected #latchkey kids who understand being alone. Forgot how to do it? Recall: get off bus, walk home, head into an empty house, make a snack & get your homework done? (And no one knew you were home until dinner time.)

Boomers are going out; Millennials are going out. The only people staying in taking this seriously is the one generation that always gets forgotten about. Gen X will no longer be invisible because they will be the only ones left.

Wow, my #GenX peeps are coming out while staying in.

Now, excuse me while I speak GenXish:

Glad I’m a #GenX kid. Im using my skills I picked up as a latchkey kid. Making toaster oven snacks, chillin on the couch. Now if I can find some episodes of Gilligan’s Island, Bewitched, and I Dream of Jeannie I’m set. pic.twitter.com/9FGCs1Cttt

We tried to tell you this overwhelming need for activities and direction was weird and lame, and now look at you. Can’t even stay home for a weekend. Motherfuckers it’s not hard. You turn on the tv or pick up a book. AND YOU FUCKING SIT THERE NO ONE CARES THAT YOURE BORED

I'm part of that #GenX generation where we had no internet, we had the Dewey Decimal System, libraries, comics, books, biking, swimming, exploring the great outdoors, camping, fishing, and so many things that today's generation knows NOTHING about.

And we did it in STYLE.

Kurt warned us and we took heed #GenX pic.twitter.com/SiqkpvFHvg

I’ve never been more proud. Gen X is thriving right now. Saving the world by chilling here at home. We were born for this moment!!! #GenX pic.twitter.com/0GaFFflD0O

Never has there been a generation better equipped to self isolate and social distance. #GenX pic.twitter.com/37bYdRfcnt

The life of a #GenX kid:

Wake up and immediately go outside; play with dangerous things in dangerous places.

Show up for dinner 14 hours later; parents are surprised to learn you weren’t home.

Read in bed with flashlight.

#GenX will self quarantine like it’s 1999 because we could use some time off from showing our GenZ kids how to write a return address on envelope and helping our parents open attachements from the email address we made for them. pic.twitter.com/KE8lNlThB8

#GenX is trending & we’re reminding everyone as children our generation survived & thrived as latch-key kids in the midst of the Cold War, AIDs, terrorism, rise of the machines, recession & a lot of really bad hair & coffee.

Isolation — we got this. pic.twitter.com/6le2DApbqL

Those of us in the Xennial or Oregon Trail micro-generation (late 1970s to early 1980s) grew up idolizing the icons of Generation X, like Winona Ryder, Janeane Garofalo, and Ani DiFranco. We’re the last generation to remember a time before the internet, faint and fuzzy as those memories may be. In tribute to them, I’ll be blasting Little Plastic Castle and rocking a babydoll dress while washing my hands for the 50th time today.

What do you think, Mary Suevians? Do you identify with your generation?