I will be that dumbass who walks into the grass. 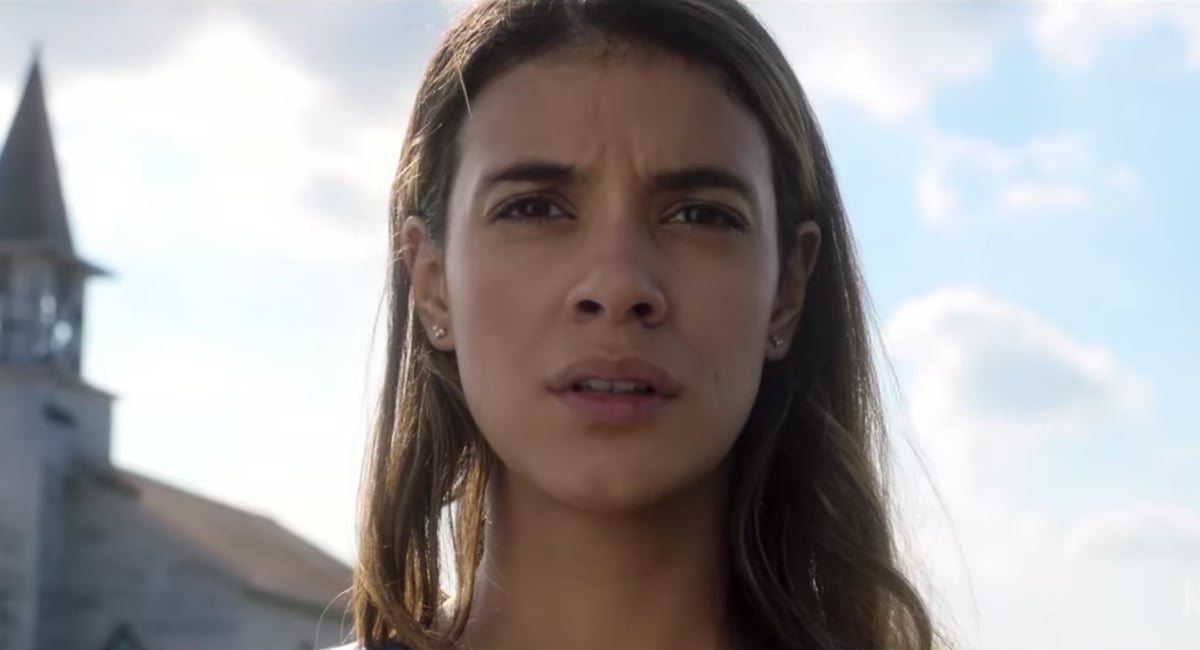 The reviews are in for In the Tall Grass, the latest adaptation of a Stephen King work (this one co-written with his son, Joe Hill), and they’re a little all over the place. Most seemed to be positive about the film’s atmosphere, even if they varied on how well the ultimate execution was. Sometimes, you just need a moody horror film with a good atmosphere to celebrate the season, even if ultimately the final product isn’t the best.

But Why Tho?’s Kate Sánchez writes of the film that director Vincenzo Natali “brings his talent for creating disorienting situations in confined spaces to In the Tall Grass. … While the grand scale of the grass is consistently on display with overhead views of the field, once the camera enters the grass, the space is claustrophobic. The grass overtakes every shot and all of a sudden the characters are trapped in a box.” She also writes that “While it isn’t perfect, it is a film that will keep you from walking into the tall grass in the future and a perfect addition to Netflix’s horror lineup for Halloween month.”

io9‘s Germain Lussier, in a well-titled review called “In the Tall Grass Is a Peculiar and Gross Addition to Stephen King’s Horror Pantheon” critiqued the character development and writes: “Without a strong investment in the characters, In the Tall Grass is nothing but a cool, gross, weird, horror movie. And there’s nothing wrong with that. It’s a movie that can legit freak you out just by showing a screen full of green grass. But still, Natali definitely aspired to more.”

Kristy Puchko for Playlist writes that Patrick Wilson’s turn in the film “brings a welcomed verve to the film along with a sense of spontaneity, like anything could happen with him around. Sadly, the other performances don’t offer anything near this volatile charisma, which keeps the tension from pushing past unnerving to chest-clutchingly scary. And so, “In The Tall Grass” proves a solidly spooky film, seeded with some tantalizing moments of terror. But it never grows to outright terrifying.”

Slashfilm‘s Chris Evangelista says the film is “something that’s both horrifying but also oddly muted” and writes “There’s a horror masterpiece lurking somewhere beneath the blades of grass in this film, but it’s lost in all of that greenery. You’ll be plenty disturbed by what’s in store here, but you’ll also come away wondering how much more horrifying it could’ve been.”

In one of the most negative reviews, Consequence of Sound‘s Dan Caffrey writes that while “To his credit, Natali nails the essence of King and Hill’s novella throughout the first act by including its most minute details,” ultimately “the film’s second act frustratingly retreads the same beats and jump-scares over and over again, rather than truly expanding or jumping into new territory. The strong atmospherics and performances aren’t quite enough to keep In the Tall Grass from feeling like, well, wandering through a bunch of tall grass.”

Yes, the reviews aren’t stellar, but sometimes we just need a moody horror film that is a bit of a mess to ring in Halloween. I’m a huge believer in the excellent of somewhat messy horror films, because mess is usually an indicator that they tried for something, even if it didn’t work. Stephen King, with his sprawling themes and weird stories, loves to aim high, and even when he doesn’t miss the mark, there’s usually some positive to be found.

Also, bad and messy horror can be fun to watch, though that might be a personal preference for the genre shining through. Expect a review of the good, the bad, and the grassy when the film goes live on Netflix next week.

In The Tall GrassreviewsStephen King