Here's Where We're at With Impeachment | The Mary Sue

Here’s Where We’re at With Impeachment Right Now 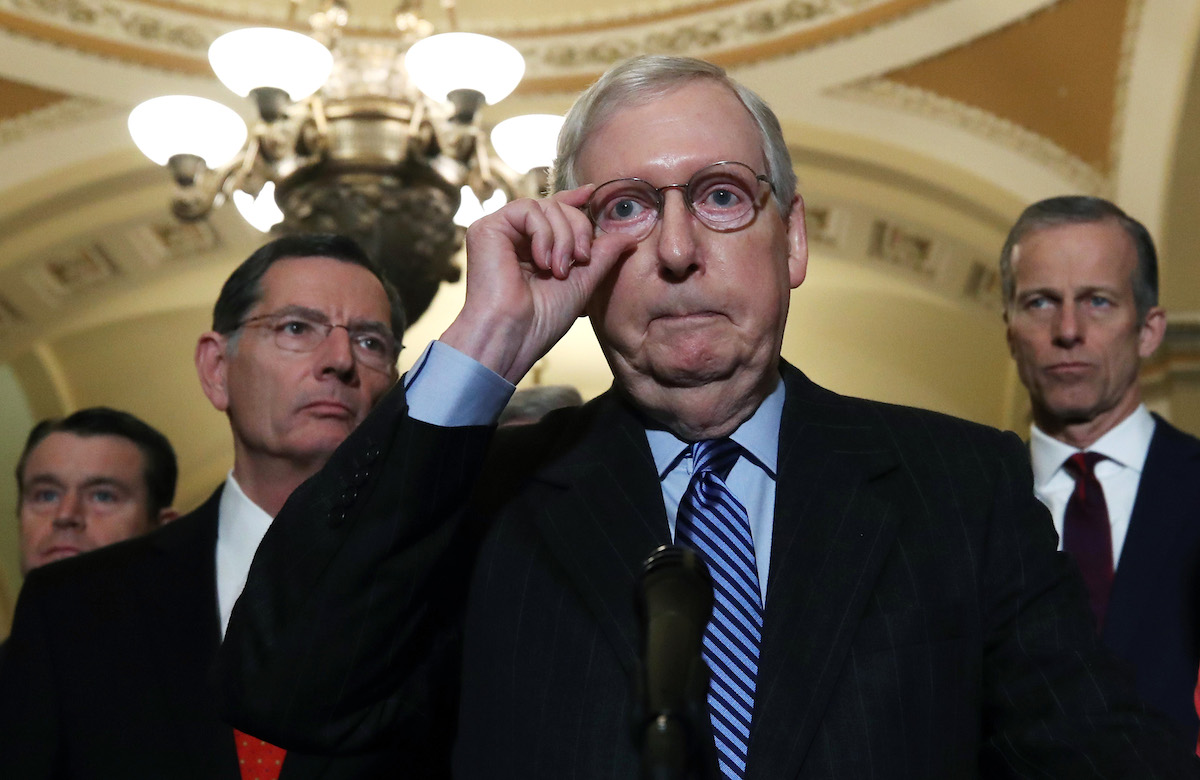 When Congress left for its winter break last month, the House had formally voted to impeach Donald Trump. At the time, though, House Speaker Nancy Pelosi was refusing to send the articles of impeachment to the Senate, where they would then hold a trial based on those articles.

A new profile in TIME says that Pelosi “had been mulling the tactic since she heard former Nixon White House counsel John Dean float the idea on CNN on Dec. 5.” Despite getting about 99% of his own policy ideas from Fox & Friends, Donald Trump seemed to think this was hilarious, but honestly, it doesn’t matter where Pelosi first got the idea–it sure seemed like the only option. Mitch McConnell had repeatedly said that he was planning to coordinate the Senate Republicans’ defense with the White House, which means he was prepping for nothing more than a sham of a fake trial. Why would Pelosi just stand back and watch him do that?

When Congress reconvened earlier this week, Pelosi still didn’t seem to have any intention of sending over the articles until McConnell agreed to play fair, which he was never going to do. In addition to coordinating a defense with the White House, he was also refusing to call witnesses–even the witnesses that refused to comply with congressional subpoenas in the House–and said he had enough votes among his fellow Republicans to move forward on his own terms. Then on Thursday, McConnell signed onto a GOP resolution to change the Senate rules and just dismiss the impeachment without ever receiving the articles.

By joining a resolution to dismiss, Sen. McConnell showed his true colors. Americans have now seen what is at stake in a fair trial with witnesses & evidence, and new evidence has emerged. Every Senator will have to vote: is their loyalty is to the President or the Constitution?

Now Pelosi has announced she’ll be transmitting the articles next week, as well as meeting with Democrats to appoint managers to defend the articles during the Senate trial.

BREAKING: Pelosi getting ready to transmit Articles of Impeachment next week.

In letter, tells Dems, “I have asked Judiciary Chairman Jerry Nadler to be prepared to bring to the Floor next week a resolution to appoint managers + transmit articles of impeachment to the Senate. ”

We don’t yet know who those managers will be. During Bill Clinton’s impeachment trial, Republicans sent 13 managers to the Senate but Pelosi may opt for a smaller group. They also don’t all have to be from the Judiciary Committee, although that’s historically been the case. Michigan Representative Justin Amash left the Republican Party last year to serve as an Independent. He voted for impeachment and his name has been floated as a possibility, with other Democrats reportedly lining up to take part. But we’ll have to wait until next week to see exactly what happens.

With McConnell having the votes necessary to skip witnesses, though (and to basically set whatever other terms he wants), this might be a very short and potentially messy trial.