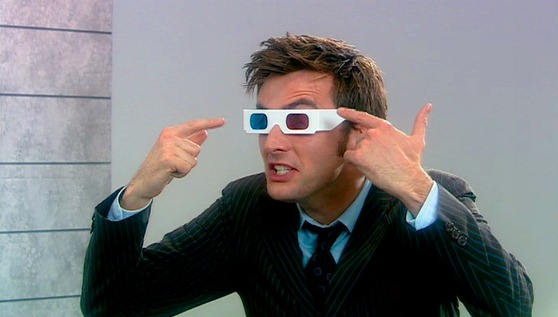 Modern 3D movies are pretty impressive, with the equipment moving beyond tinted lenses to technology that made it a more seamless experience—including completely glasses-free tech like Nintendo’s 3DS—but it’s still struggled to find a purpose in the movie industry beyond a neat gimmick. Now that the novelty has worn off, it seems like moviegoers are fine with plain old 3D, and IMAX is following suit.

Screenings of Christopher Nolan’s Dunkirk, an epic war movie that you might expect to be able to find in 3D, were available in two formats (IMAX and 70mm), but IMAX wasn’t offering any in 3D. /Film reports that IMAX CEO Greg Foster said, “It’s worth noting Dunkirk was showing exclusively in 2-D, which consumers have shown a strong preference for… The demand for 2D films is starting to exceed 3D in North America.”

That lines up with changes outside just the theater industry, as TV manufacturers have noticed the same trend in consumer preference and adjusted things accordingly. Even in gaming, where the technology is arguably more functional in giving players a better sense of space, things are moving more away from 3D than towards it, outside of virtual reality.

Even the aforementioned 3DS eventually got a “2DS” version without the original’s touted 3D capabilities. Although that edition of Nintendo’s portable gaming hardware was originally intended to target children—for reasons including 3D not being good for their eyes—there’s now a “2DS XL” that mimics the 3D-ready hardware in all ways except for dropping the 3D gimmick in favor of a lower price. That price vs. benefit calculation is likely what’s driving the decisions of consumers, and in turn driving the movie and TV industries.

It was fun for a while to see 3D technology that didn’t distort colors with red and blue lenses, but now that everyone’s seen it—perhaps many times by now—and it hasn’t done much to improve actual viewing experiences, people are opting for the lower cost option. Virtual reality might be able to convince more people to part with some extra money, although it hasn’t really taken off yet the way 3D did after James Cameron’s Avatar made it a big feature.

Right now, it looks unlikely that people want their movies in anything more than 2 dimensions. Although it remains to be seen whether VR can create its own, unique form of entertainment rather than go the way 3D is going now and becoming another passing fad tacked onto something that doesn’t need it.