Imagine Listening To Jared Kushner’s Advice on Literally Anything

This jester flop of a human cannot be serious. 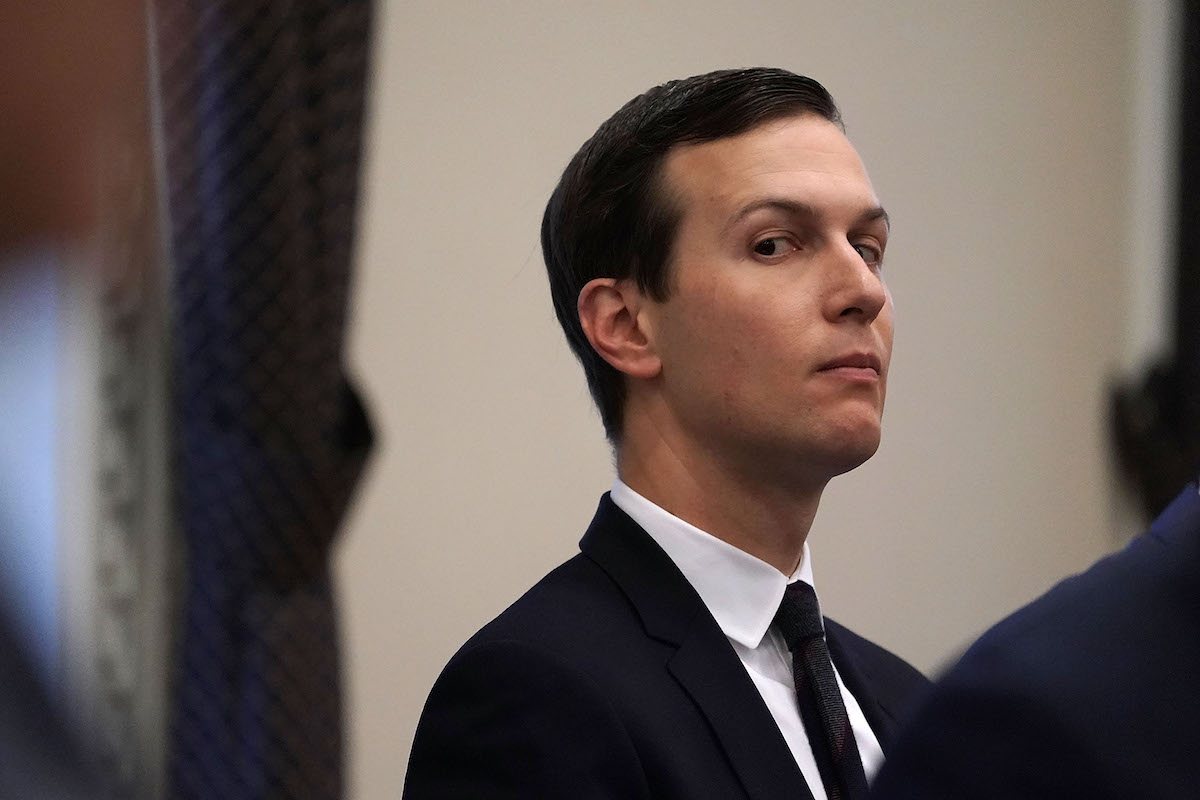 Imagine bungling the PPE rollout and pandemic response so badly that half a million Americans died as a result of your incompetence. And then imagine thinking that, after your shameful and criminally negligent behavior, folks should still heed your advice. We would expect nothing less from former Trump adviser and reverse Pinocchio Jared Kushner. Ivanka’s husband published an op-ed in the Wall Street Journal titled “Opportunity Beckons in the Mideast,” where he crows about his accomplishments by brokering peace between Israel and Dubai.

You know, because when you think of peace in the middle East, you naturally think of the decades of war and unrest between Israel and Dubai. The op-ed, which reads like a middle schooler’s history report (no offense to middle schoolers), is a deeply ignorant and shallow assessment of the geopolitical situation in the region. In the op-ed, Kushner writes,

“One of the reasons the Arab-Israeli conflict persisted for so long was the myth that it could be solved only after Israel and the Palestinians resolved their differences. That was never true. The Abraham Accords exposed the conflict as nothing more than a real-estate dispute between Israelis and Palestinians that need not hold up Israel’s relations with the broader Arab world. It will ultimately be resolved when both sides agree on an arbitrary boundary line.”

A real estate dispute?! Remember, this is the man who bragged about reading 25 whole books about middle East relations. What a scholar. This is the very same New York slumlord who called Palestinian leaders “hysterical and stupid” and noted that peace in the middle East could happen if folks “stop doing terrorism.”

Wow, what a take! somebody start polishing this guy’s Nobel Peace Prize already. Many took to Twitter to call out Kushner’s asinine essay:

I saw Jared Kushner trending and I was hoping the criminal slumlord had been arrested for his $500M Ponzi scheme with this Crimestress Ivanka or for helping Dictator MBS murder Jamal Khashoggi or for selling intel to pay off debts or for his pandemic fraud scheme.

Jared Kushner is trending. Reminder: Kushner screwed up the COVID PPE supply chain, made a half billion $$ while working in the Trump White House and is a slum lord exposed by Pro Publica. So if he isn’t being indicted, IDGAF why he’s trending. Also, his wife is equally terrible.

This is a reminder that Jarod Kushner stood at the podium and told us the government supply of PPE was not for the citizens. Then he sold it. Americans died

Jared Kushner calls negotiations over the creation of a Palestinian state a “real-estate dispute” and yet amazingly that still isn’t the most arrogant, naive part of his high school essay-turned oped in today’s WSJ. pic.twitter.com/VsBNdB54YY

You really have to worry if your #Iran policy gets high marks from Jared Kushner https://t.co/cUZEXasFc5

Meanwhile, Kushner left American taxpayers with a $24,000 hotel bill from a late December trip to Israel. Will Kushner and his cronies ever be held accountable for their staggering incompetence? Or are we all doomed to watching this asshat pop out of an avocado costume on The Masked Singer?

If you still have an appetite for this clown shoe’s floppery, then good news: Kushner is coming out with a book about his time in the White House. We very much look forward to not reading it.