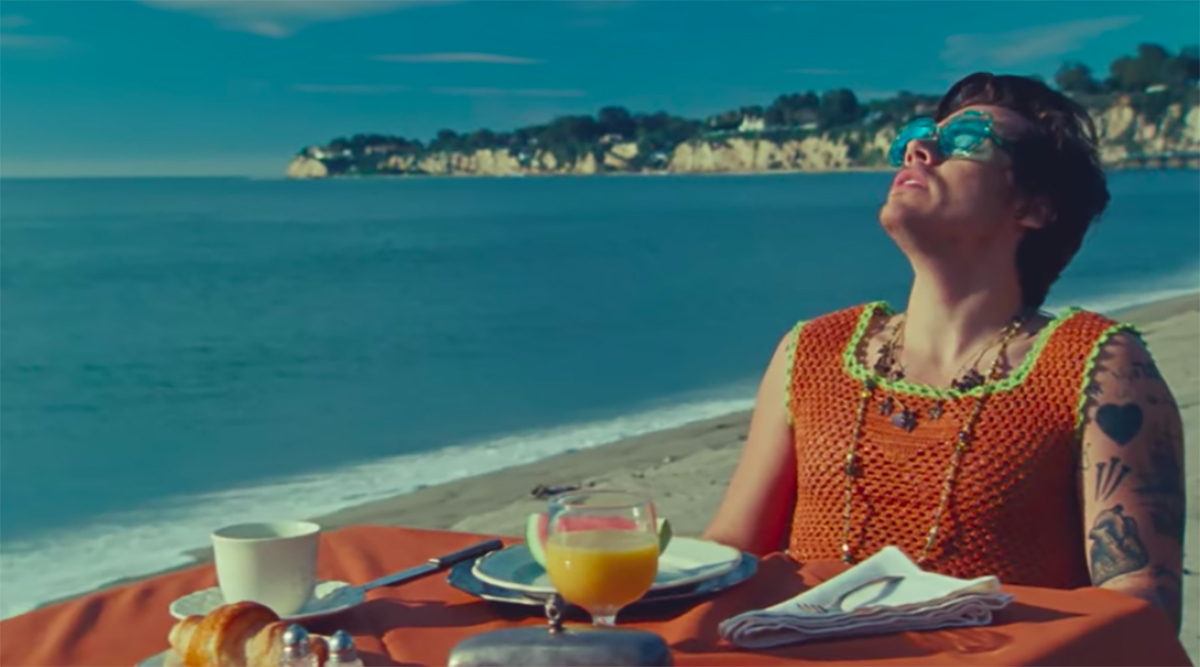 Have you ever dreamt of your favorite celebrity calling upon you for help, so they knock on your front door? Because that’s what happened to the friend of a father of a Harry Styles fan. While daughter Theadora was out, the former member of One Direction required assistance as his car broke down outside her house. (I mention One Direction because it WILL be important later.)

Her father’s friend let Styles into their home, gave him some tea, and Harry fed Theadora’s fish and signed some of her merchandise. He also left a very sweet note.

harry’s car broke down so a fans dad let him in his house and while they waited harry fed their fish and left notes for the fan and for that reason your honor, he is the only man to ever exist pic.twitter.com/9pEMiGgjkH

As writer JP Brammer pointed out on Twitter, this is essentially a Wattpad dream come to life. Wattpad is a site where writers can go to publish their work and it features a section for fanfiction and, as you could surmise, there is a LOT of fanfiction about One Direction on there. Since the dawning of the boy band One Direction, there has been a lot of fanfiction written about them, period. Wattpad tends to cater to a younger-skewing and wildly enthusiastic audience. One work of erotic fiction about Harry Styles became so popular it was published as the After series, and the 25-year-old novelist Anna Todd got a six-figure book deal.

Wattpad has assumed control of the simulation https://t.co/J7e149rFrq

As a girl who grew up in the 90s, I loved a good boy band, and when One Direction came along, I was obsessed with them. So I have seen the fanfiction about Harry Styles and Louis Tomlinson. I’ve seen the discourse that has popped up because of fans fighting about who was dating who in the band. I distinctly remember my roommate in college reading One Direction fanfiction and crying because I was listening to “A Thousand Years” by Christina Perri in the living room. I’ve seen it all. Or as Roy Batty put it in Blade Runner, I’ve seen things you people wouldn’t believe.

And this situation? This is hands down a fanfiction that exists out there in the world. The world of One Direction fanfiction is vast and complicated. Fans looked to Harry Styles, Louis Tomlinson, Zayn Malik, Niall Horan, and Liam Payne and said “we will write stories for these boys.” If you can conceive of a story idea, it exists in some form starring members of One Direction. Everything about the sprawling transformative works universe of One Direction makes this situation even wilder, and fans are responding in kind.

HOW TF A FISH.. A FUCKING FISH MEET HARRY STYLES BEFORE ME

harry styles walking into a fans house to feed her fish pic.twitter.com/urmP3ciRsW

another reason why y’all should keep your room clean and tidy, u never know when harry styles can be in your room 🙏🏻

So the moral of this story is to make sure your room is always clean because who knows when Harry Styles will need help. Now I’m just imagining Harry Styles taking care of my cat and I feel like Benjamin Wyatt the Cat would love having “Sweet Creature” sung at him. Off to Wattpad?