“Why Didn’t She Leave?” How Our Culture’s Bad Ideas About Sex Create an Aziz Ansari Situation 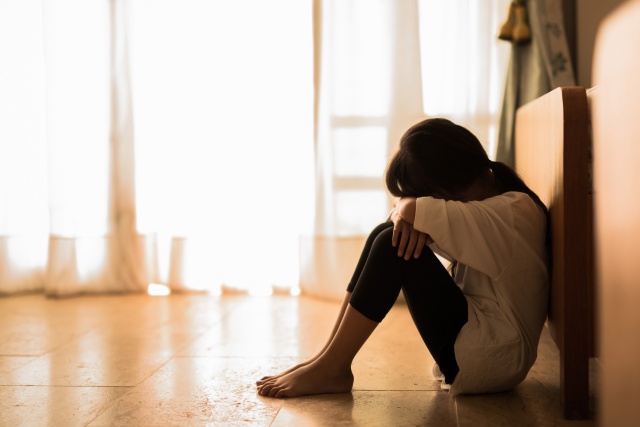 Why didn’t she just get out of there as soon as she felt uncomfortable?

That is the question that has been up for debate ever since Babe.net released its exposé on Aziz Ansari. Journalistic issues with the piece aside, what has come forward through it is that, when it comes to the sexual realities between men and women, there is a disconnect.

Now, before anyone starts with the “this never happened to me” stuff, I get it, but I’m speaking in general. So if you have been having amazing, consensual sex your whole life, or if you have never felt the need to placate a man sexually because you didn’t have the tools to get out of that situation, good for you. And I don’t mean that sarcastically—seriously, that’s good for you. Despite what some would believe, being a feminist doesn’t tune you into a special radio frequency that turns you into Gal Gadot in Wonder Woman (I wish). We are all the product of our shared culture, and our shared culture has some backward ideas about sexual politics.

In a wonderful article in The Week, author Lili Loofbourow tackles the narrative that has been going back and forth in the wake of the Aziz Ansari story, including the idea that “this is is just how men are, and how sex is.” I always find this idea that women are attracted to aggression to be a funny one, because, for one thing, women are not a monolith. We have nuances—shocking, I know. Also, yes, there is something sexy about a man who seems slightly “dangerous” or “rogueish” or at the very least confident in his own skin. That is not the same as someone grabbing you out of nowhere or invading your personal space.

This idea that men are naturally aggressive because of biology, and they can’t help it, always seemed to me to be more sexist and damaging towards men than anything its proponents believe feminism has done. There was a lot of disingenuous concern that not holding Grace to impossible-to-meet standards for how people thought she “should” have acted was infantilizing her, from the very same people who seem really quick to throw out pseudo-scientific explanations that men can’t control themselves because of their testosterone. The double standard is painfully obvious.

This was a question I had a lot during my early sex life. Even when it wasn’t painful anymore, I was always wondering, When is it going to feel good? The reality is that learning how to have good sex is a process, and you have to have a partner who cares about being with you and not just getting off. They help you realize what you like, what you don’t, and how to reach that climax.

Despite how sexually empowered and independent women have become, there are still things we have been socialized to expect from a sexual encounter. When I spoke to my girlfriends about Grace we all had a Grace-like story: going over to someone’s house, thinking we wanted to have sex, but then realizing we weren’t really into the whole thing, but feeling like there was a pressure to do something. There were no locks on the door or menacing music in the background, but there was that old saying in our minds: “When you go over to a man’s house, he is expecting one thing.”

I’ve heard that phrase shared on The View and many other places. You know what? Fuck that. Just because a woman goes over to a guy’s house does not mean he should be expecting sex. This is 2018, and we still have to act as though telling a man no is the worst thing that can happen? That “blue balls” is such a tragic occurrence it if we don’t at least touch it, we are being a tease? Sex is not something anyone is entitled to.

According to Andrew Sullivan, who Loofbourow references, the effects of #MeToo will cause young men to reject equality, go to the alt-right, and rail against feminism because they “will begin to ask questions about why they are now routinely seen as a ‘problem,’ and why their sex lives are now fair game for any journalist.”

Excuse me? WOMEN’S SEX LIVES HAVE BEEN SEEN AS FAIR GAME SINCE THE DAWN OF TIME!

I can understand if Sullivan was saying that we have done a bad job of educating men on how to engage with women—that we have fed them poor role models and they are now being thrown into a really complicated conversation with few tools as to how to engage with women and this issue in a way that is healthy for everyone. But, let us not act as though the sexual issues facing women have historically been given equal attention as they have for men. A woman’s sexuality has always been used against her.

The takeaway from the Aziz Ansari article should be that we have failed, even in 2018, to have healthy and productive conversations about sex, pain, pleasure, and all the ways a woman is saying no.