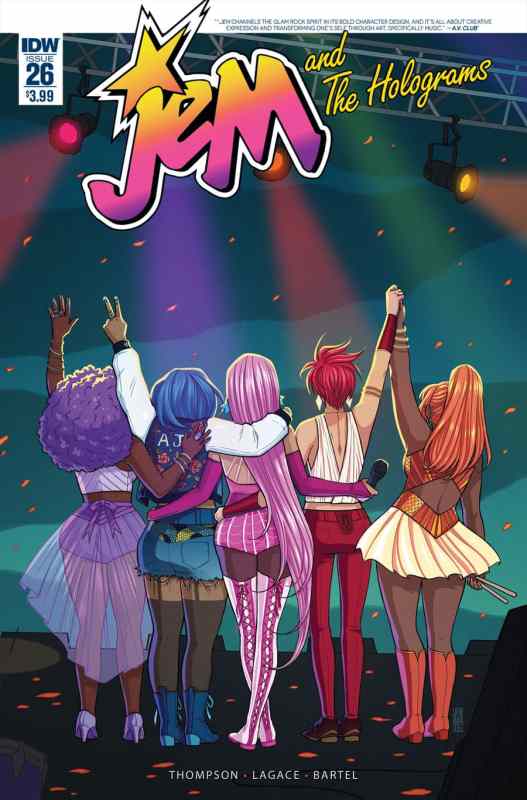 If you love Jem and the Holograms as much as I do, then I have some sad news to share. IDW’s popular title, based on the truly outrageous 1980s cartoon of the same name, will be ending this spring.

The last issue of the ongoing series, written by Kelly Thompson, will be Issue #26 in April, and will be the third and final part of the “Truly Outrageous” story arc. Here’s the official solicit info from IDW:

“Truly Outrageous” Part Three! It all comes down to this oversized final issue! As the Holograms try to come together in paradise, their secrets (and their rivalries) continue to threaten to tear them apart. 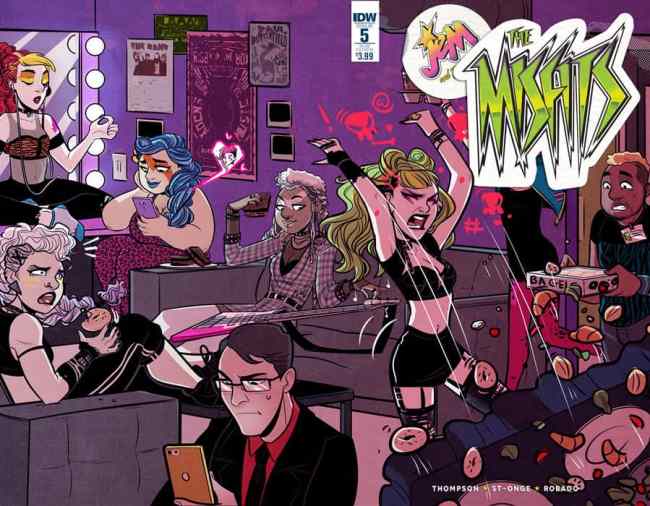 Also ending in April will be the Jem: The Misfits miniseries, with its fifth and final issue:

OUR SONGS ARE BETTER Part Five! The Misfits Reality Show has been unearthing all of the bands secrets since day one. Jetta’s secret is bigger than all of them, but she’s also better at keeping it. Still, when coming clean might mean saving the day, will Jetta show her true colors and save her band, or just save herself? 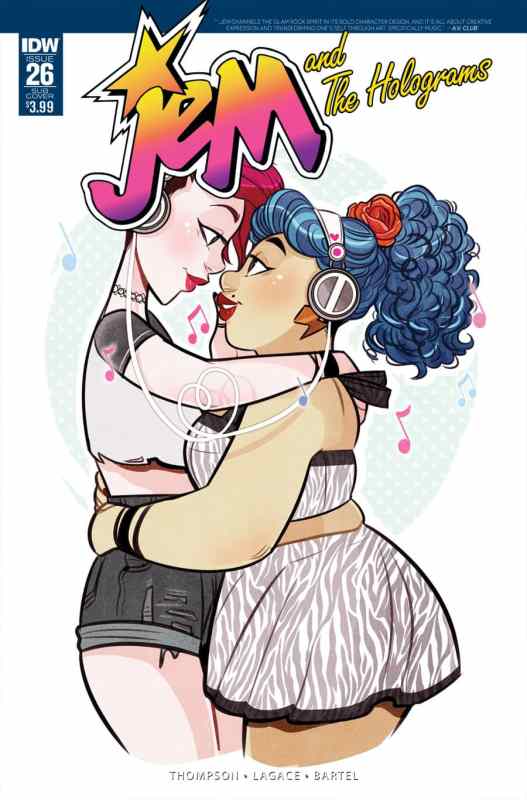 In an interview with CBR.com, Thompson seemed optimistic about the future of Jem, and promises that this isn’t the last we’ll be seeing of our favorite band (bands. Admit it. Because you love The Misfits, too!). “Our ‘last issue’ — Jem and The Holograms #26 — coming out in April is oversized, including 24 pages of story and lots of extras, so I hope the fans will enjoy that,” she says. “However, Jem and The Holograms is not over, not by a long shot. In fact, I’d say the most exciting thing we’ve ever done is in our very near future. I can’t say what it is yet, but look for it this summer. It’s not hyperbole to say it’s going to change everything about the Jem universe!”

Whoa! Them there are some pretty big words! What could be that exciting? Of course, IDW recently joined other Hasbro properties, like G.I. Joe and Transformers, in their Revolution crossover event. However, just as that event didn’t include IDW Hasbro property, My Little Pony: Friendship is Magic, it’s likely that Jem wouldn’t be included in something like that. Then again…all the Hasbro properties now technically do exist in a shared universe, so….

Equestria Girls Meet Jem and the Holograms? Will Rainbow Dash and Kimber fight over Stormer? WILL THEY HAVE TO PUT THEIR FEELINGS ON HOLD TO GO FIGHT DECEPTICONS?

I CAN’T WAIT UNTIL THIS SUMMER TO FIND OUT! **

**Please note that I totally made up the Rainbow Dash/Kimber/Stormer/Transformers storyline. That’s not actually a thing that’s happening. But it SHOULD be.