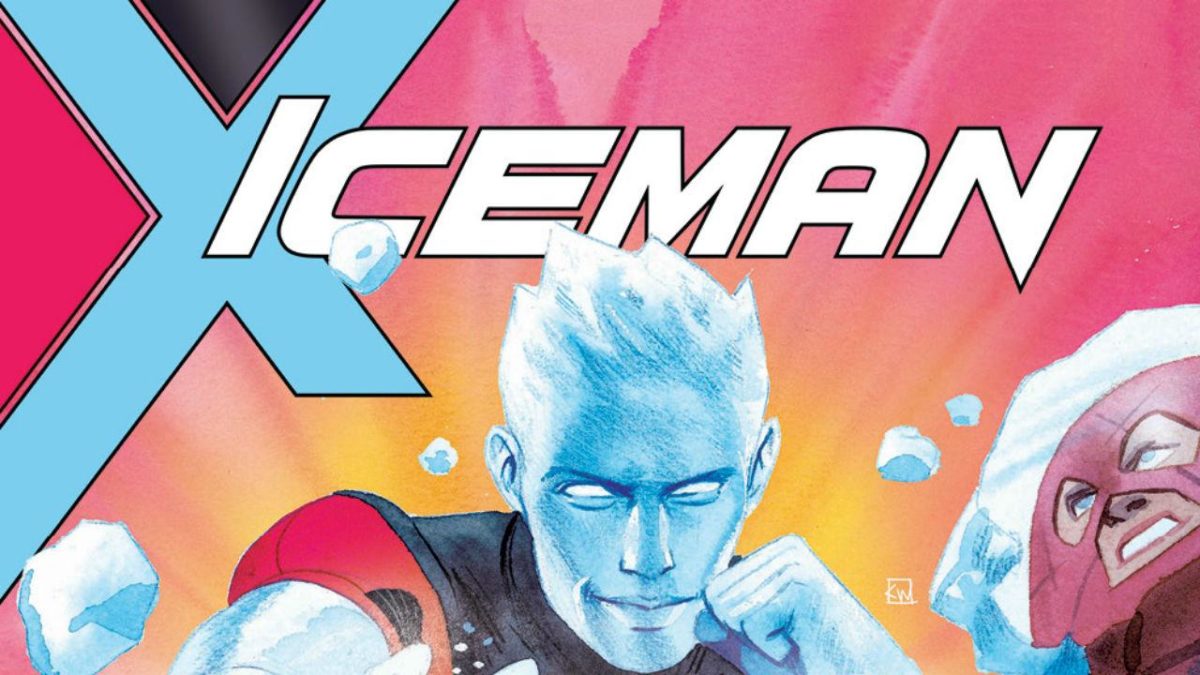 The X-Men comics have always been lauded for their message of inclusivity and celebration of diversity. For decades, the metaphor of mutants has been applicable to marginalized communities based on race, class, gender, ability, and sexuality. But behind the scenes, Marvel has struggled to walk the walk in terms of representation. Iceman author Sina Grace has written a scathing critique of his treatment at Marvel during his run on the Iceman comics, which centered on out X-Men Bobby Drake.

Iceman has been an X-Men staple since his creation in 1963 by Stan Lee and Jack Kirby. He’s appeared in both animated series/films and several live-action X-Men films. In 2015’s No.40 of All-New X-Men, written by Brian Michael Bendis, Bobby realizes he is gay after being confronted by his younger self and Jean Grey.

Iceman’s coming out was celebrated as a great moment for LGBTQ+ representation in comics. In 2017, Marvel launched Iceman’s solo book, written by out writer Sina Grace, which followed Bobby as he came out to his parents and explored dating. But while Grace was thrilled to have the opportunity, he found a serious lack of support from the Marvel brass. In an essay posted to his Tumblr page, Grace details his frustrating experience at the hands of Marvel.

Grace encountered plenty of hate and online abuse from the trolls of toxic fandom, who regularly threatened and attacked him on Twitter. During this time, Marvel did little to defend him. Grace wrote,

“Between Iceman’s cancellation and its subsequent revival, Marvel reached out and said they noticed threatening behavior on my Twitter account (only after asking me to send proof of all the nasty shit popping up online). An editor called, these conversations always happen over the phone, offering to provide “tips and tricks” to deal with the cyber bullying. I cut him off. All he was going to do was tell me how to fend for myself. I needed Marvel to stand by me with more work opportunities to show the trolls that I was more than a diversity hire. “We’ll keep you in mind.” I got so tired of that sentence.”

Grace then details Marvel’s hesitancy over the book being “too gay” and their inability to promote it properly:

“From the get-go, my first editor asserted that Iceman would be DOA if it were “too gay,” while also telling me to prepare for a cancellation anyway, given that most solo X-Men titles don’t last beyond a year. Never mind that my work on Iceman had gotten positive press in the New York Times (in-print), or that in spite of (since-deleted) critical sandbagging, the series nets glowing reviews on Amazon… Marvel still treated me as someone to be contained, and the book as something to be nervous about.”

Grace was left to drum up his own publicity for the book, but was repeatedly reined in by Marvel. “From there, they tightened my leash. I had to get all opportunities pre-approved, and all interviews pre-reviewed. This would be fine if it was the standard, but I assure you: none of my straight male colleagues seek permission to go on podcasts promoting their books.”

The series was soon cancelled but then revived, after the sales success of the Iceman trade paperbacks. But when Grace returned to the project, he was still hamstrung by the corporate machine. He writes about his continued lack of support, especially regarding the introduction of drag queen mutant Shade/Darkveil. Ultimately, Grace was upset that the publicity department had no clue how to market his book or how to target LGBTQ+ audiences, and they were uninterested in finding out how.

Grace finished his post by writing, “Truly, I don’t even think of this as discrimination, I call it general ineptness. It is my belief that if we are telling stories about heroes doing the right thing in the face of adversity, wouldn’t the hope be to embody those ideals as individuals? Instead of feeling like I worked with some of the most inspiring and brave people in comics, I was surrounded by cowards.”