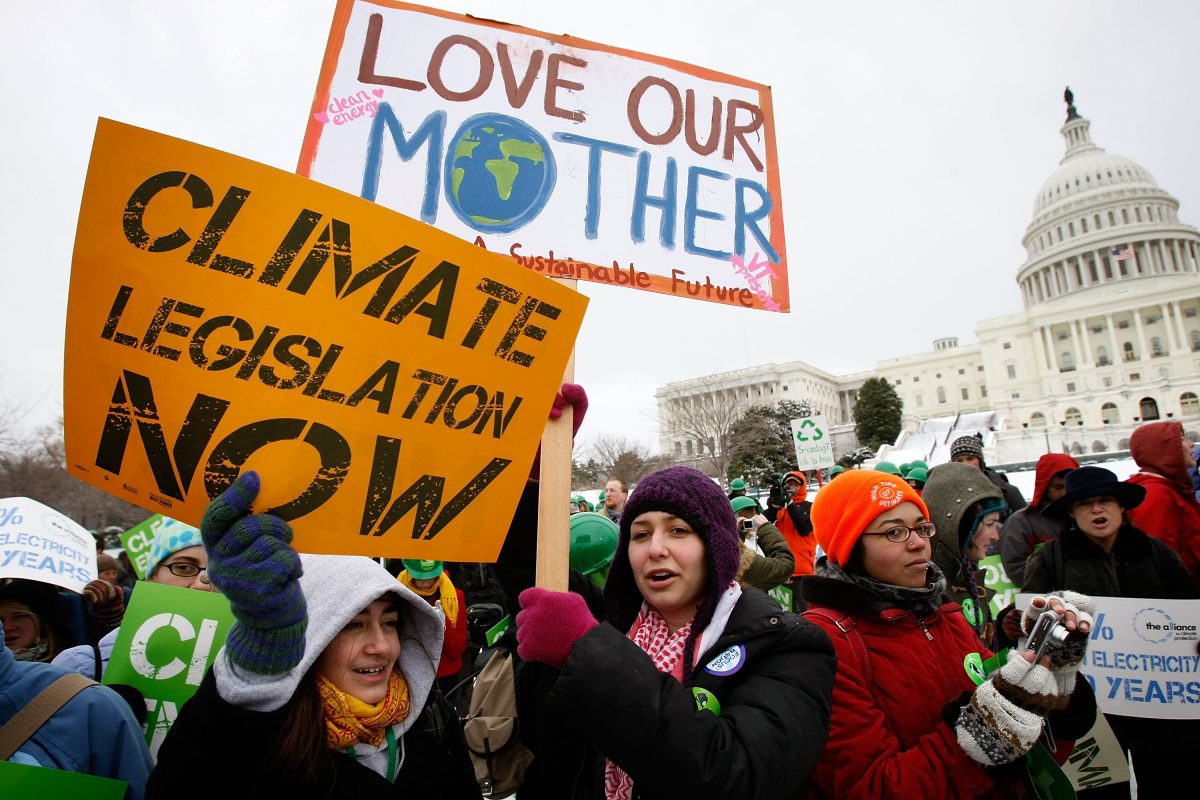 Let’s preface this piece by stating a fact: Climate change is real, and we’re all doomed unless we do something about it. Now that we’ve got that existential terror on our minds, we can talk about the funeral Iceland recently held for the first glacier lost to climate change. Okjökull, the glacier in question, was mourned by 100 people, who hiked for two hours to reach the spot where the funeral was held.

A plaque placed where the glacier once stood reads in both English and Icelandic: “A letter to the future: Ok is the first Icelandic glacier to lose its status as a glacier. In the next 200 years, all our glaciers are expected to follow the same path. This monument is to acknowledge that we know what is happening and know what needs to be done. Only you know if we did it.”

“Ok is the first Icelandic glacier to lose its status as a glacier.

In the next 200 years all our glaciers are expected to follow the same path.

This monument is to acknowledge that we know what is happening and what needs to be done. Only you know if we did it” pic.twitter.com/X3ZLSg4CEj

July was the warmest month Earth has known as long as records have been kept. This glacier is the first to be lost, and might not be the last at the rate the planet is warming. At the funeral, many mourners carried protest signs, urging the world to take action against the imminent threat, pointing to the actions of heroic activists like Greta Thunberg as inspiration for their actions. And they’re right. The time for action is now.

It’s easy to get caught up in the doomsaying surrounding climate change, to succumb to the overwhelming hopelessness of the situation. After all, those in power seem content to do absolutely nothing and to condemn the planet to a brutal death, taking us along with it. Moments like this are a sobering reminder that we have to keep fighting for change, no matter how hopeless it might seem.

“I hope this ceremony will be an inspiration not only to us here in Iceland, but also for the rest of the world, because what we are seeing here is just one face of the climate crisis,” said Katrín Jakobsdóttir, Iceland’s Prime Minister, who attended the funeral service.

Cymene Howe, associate professor of anthropology at Rice University and a co-leader of the hike up to the glacier’s final resting place, said to The Guardian, “By memorializing a fallen glacier, we want to emphasize what is being lost – or dying – the world over, and also draw attention to the fact that this is something that humans have ‘accomplished’, although it is not something we should be proud of.”