The administration is also giving homeless shelters the right to turn away trans people. 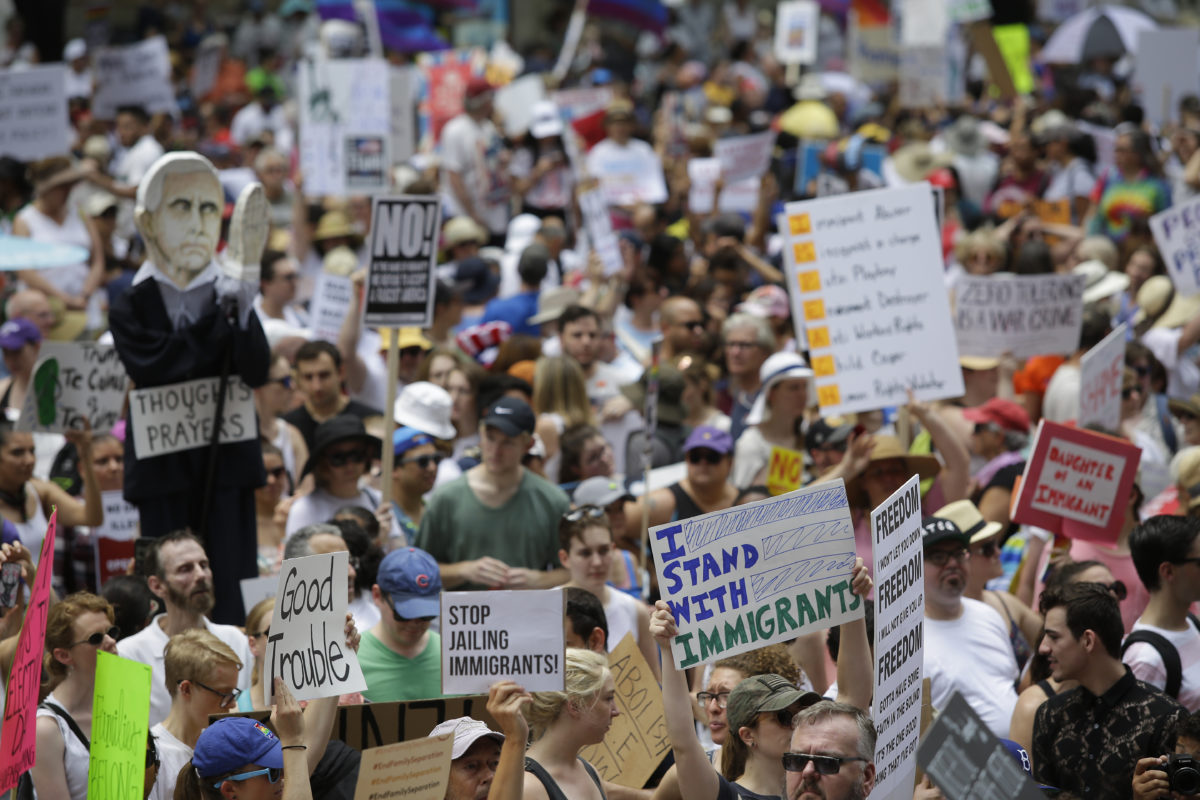 The Trump administration shows no signs of slowing down their dehumanizing treatment of immigrants and the LGBTQ community. Newly released documents reveal that ICE has kept thousands of immigrants in solitary confinement for reasons ranging from mental illness to disability to identifying as LGBTQ.

According to ICE rule, solitary confinement should only be used as punishment for those who break the rules, yet nearly half of all solitary confinement cases are purely based on ability and sexuality. Ellen Gallagher, a policy adviser at the Department of Homeland Security, said “We have created and continue to support a system that involves widespread abuse of human beings … People were being brutalized.”

These atrocities have recently come to light thanks to government whistle blowers like Gallagher and the release of thousands of documents detailing records, cases, and firsthand accounts of former detainees, which were acquired through the Freedom of Information Act by the International Consortium of Investigative Journalists.

The practice of solitary confinement has grown over the past several years, as prisons have increasingly used the measure to punish incarcerated individuals. The effects of prolonged solitary confinement are so severe that the United Nations have categorized it as a form of torture.

This heinous treatment of detained immigrants occurred both under the Obama and Trump administrations. However, the effects have been exacerbated under the Trump administration, as aggressive ICE arrests have detained a record 52,000 immigrants. As the number grows, ICE finds themselves with a lack of resources, leading to overcrowding at detention centers and dangerously inhumane conditions.

Kevin Landy, the former head of ICE’s Office of Detention Policy and Planning under the Obama administration, described the situation saying, “This is an avoidable humanitarian crisis manufactured by the Trump administration’s harsh policies, which are driven by the president’s extreme rhetoric and distorted assessments of the migrant population.”

The treatment of LGBTQ immigrants is yet another in the administration’s efforts to chip away at federal protections for the queer community, from State Department efforts to deny the children of same-sex couples American birthright citizenship to the trans military ban to the latest efforts to deny trans people access to homeless shelters.

Ben Carson and HUD are proposing changes to the 2012 Equal Access Rule, which prevents shelters from discriminating against individuals based on their sexual orientation or gender identity. Now, Carson and his department want to amend the rules to give providers the option of turning needy people away based on “privacy, safety, practical concerns, and religious beliefs”.

This is a devastating attack on one of our most vulnerable communities. An estimated one-third of transgender citizens have experienced homelessness at some point in their lives. Mara Keisling, executive director of the National Center for Transgender Equality, called the rollback a “heartless attack on some of the most vulnerable people in our society,” adding “The programs impacted by this rule are life-saving for transgender people, particularly youth rejected by their families, and a lack of stable housing fuels the violence and abuse that takes the lives of many transgender people of color across the country.”

Here are the facts:

🚨 1 in 3 trans people have been homeless in their lives
🚨 70% of trans people who have used a shelter have experienced harassment
🚨 This is a heartless move against some of our society’s most vulnerable.#SheltersSaveLives #WontBeErased pic.twitter.com/ITIkV7ITjg

We’re 530 days away from the 2020 presidential election. It might be a good time to triple-check your voter registration.