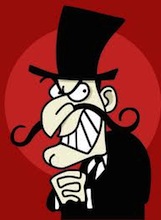 IBM in the 1960s was considered as buttoned-up a corporate environ as they come, but the need for good software bug testers led to the flourishing of an eccentric, highly effective group of individuals known as the Black Team.

Grouped together by IBM higher-ups from a general pool of employees who they noticed seemed to be better at finding bugs, the Black Team had outsized performance boosts when assembled as a group; their job went from testing software to deliberately trying whatever they could to break it. For this reason, they were the fear of other IBM employees. If the Internet lore about the Black Team is to be believed (and that’s admittedly an if), they literally took to wearing all black and nefariously twirling their mustaches when they found bugs in their coworkers’ code:

Things soon began to get a little crazy. Team members began to affect loud maniacal laughter whenever they discovered software defects. Some individuals even grew long mustaches which they would twirl with melodramatic flair as they savaged a programmer’s code. And the things they did to software went beyond all bounds of rational use testing and were more akin to software torture. The crazier things got, the more effective the team became.

Then there’s this great (and likely apocryphal) story about the Black Team, frustrated by a perfectly coded program, using the physical properties of a computer cabinet as a sort of higher-order ‘bug’:

[The programmer] wasn’t even perturbed when the tape started spinning at full speed and running right to the end. It stopped before the end, as he knew it would. It was safe, it was working, it was perfect.

The tape then started to rewind at full speed, but that wasn’t a problem either. Again, it stopped just short of the end. No problem.

And then he saw it. The cabinet had started to build up a gentle, rocking motion. And it was growing. What could be happening?

The Black Team had found the fundamental frequency at which the cabinet would rock, and had programmed the tape to resonate. In mounting horror, matching the mounting amplitude, the programmer watch as the cabinet at first subtly, then clearly, and finally unmistakably began rocking ever more violently, until finally, inevitably, it fell over.