You’re Trying to Tell Me Rocket Raccoon Is as Smart as Bruce Banner and Tony Stark? Sure, Jan. 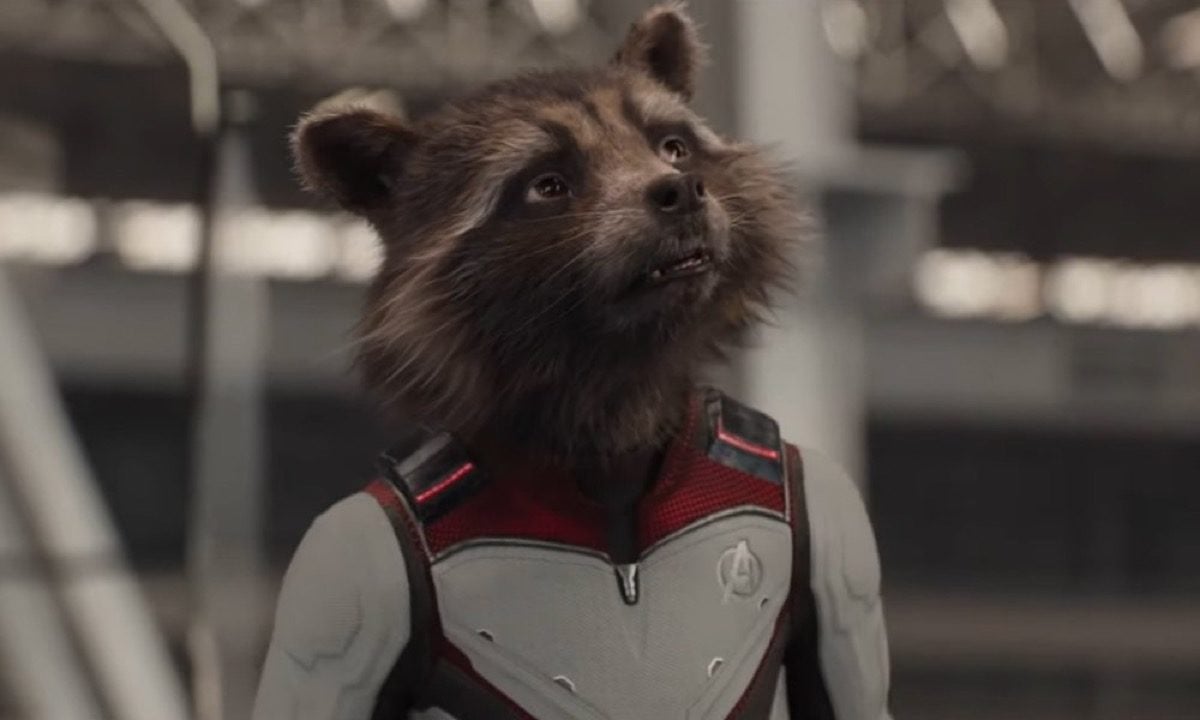 Let me begin by stating that Rocket Raccoon is easily one of my favorite characters. I love this little fuzzy violent creature with my whole heart, but Endgame director Joe Russo saying that he’s one of the scientific geniuses of the Marvel Universe? I have to question that a bit. Sure, we have seen Rocket Raccoon working on ships and weapons while working with the Guardians of the Galaxy but, to that point, I argue that he can do that stuff because he is a weapon and a science experiment.

On the commentary for Avengers: Endgame, Russo started to explain how the Stark gauntlet was formed and, again, I have an issue with this statement.

“It takes Eitri, you know… and a legendary forge to make the first glove. And it takes Banner, Tony and Rocket to make the second one. Three of the scientific geniuses of the Marvel Universe.”

Okay, sure, I guess, but it was also Tony Stark’s creation using nanotechnology and Rocket and Bruce helping him to make sure that the nanotech would hold the stones. Saying that Rocket Raccoon is one of the “greatest scientific minds” in the MCU seems like an over-exaggeration. Mainly because what science has he really done other than fixing weapons he already knows how to use?

Let’s, for a moment, talk about those who have led scientific advancements in the Marvel Cinematic Universe. First, we have Shuri, who has been named the smartest in the MCU. From there, there is Tony Stark, Bruce Banner, Helen Cho, Scott Lang, Hank Pym, Hope Van Dyne, Erik Selvig, Stephen Strange, and, of course, Peter Parker. You’re telling me that among all those minds, those who have been at the forefront of advancement in science and technology, the one who rises to the top is … Rocket Raccoon?

Like, this smartass furball who is way more interested in stealing robotic limbs and shooting guns, could be out here making computers with the rest of them? Could he have been a Stark Industries employee? What do we think Pepper Potts would do with Rocket sending her plans for their new technology?

Or would he just look at all the humans who he was working with and be like:

Again, don’t get me wrong. I know that Rocket is extremely smart, he’s my fave. I’m just saying that saying he’s one of the greatest scientific minds in the MCU seems like a lot when we’re dealing with people who figured out time travel. Yes, he can fix things (primarily things from space which makes sense since that’s where he’s from) but still, I wouldn’t necessarily think he’s about to win an intergalactic equivalent of a Nobel prize in the sciences.

If you want Rocket Raccoon to be one of the greatest scientific minds in the MCU then show it to me. I’m tired of learning about these characters through things the writers or directors state as fact rather than seeing it represented in the movies.