Help Me? I Love The Suicide Squad‘s King Shark? 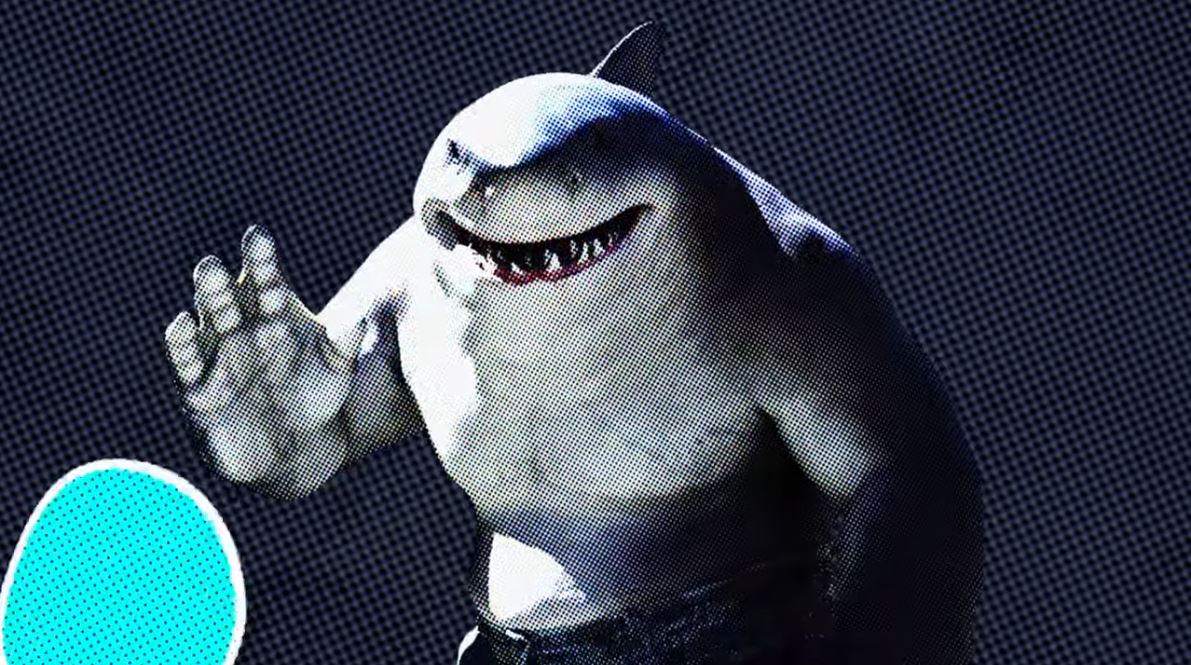 I have been absolutely terrified of sharks for as long as I can remember. I even did a biology project in school to try and understand my fear of sharks and how it began. So why am I suddenly in love with King Shark?

A half-man/half-shark, he likes to eat people. That’s pretty much his whole deal and you’d think that having a fear of sharks that kept me from swimming in the ocean for most of my life would mean that I’d hate him.

The joy of The Suicide Squad is that it is, yet again, a collection of villains brought together to do good. It’s a set-up that rarely goes well.

Obviously, I had to look up King Shark because he’s very clearly not someone I would have looked up before. Sorry, I don’t just have all comic knowledge in my head and I’m woman enough to admit that. But I especially don’t have comic knowledge about humanoid sharks at the ready.

And in my research, I’ve realized maybe I only like this King Shark because he has surprisingly kind eyes instead of the terrifying dead eyes that I associate with these great beasts. Like … it’s to the point where if I see a billboard of a shark or a picture of one in the wild, I cry. But I see King Shark and suddenly calm washes over me and I’m not as afraid anymore. Which is dumb because he will quite literally eat me. He likes eating humans. But maybe he could learn to love me as I have learned to love the thing I hate most in this world.

But back to my research. I like the idea that a shark and a human woman had a baby together, but then I start thinking about it too much and start to freak out and now that’s somehow part of my fear of sharks. Cool.

Originally a villain of Super Boy, King Shark does join the Suicide Squad in the comics, so it makes sense that he’s in this movie. But again, I just saw shark and decided that he was not for me. How wrong I would eventually be.

But, he is a character we’re going to have to see play out even if the first glimpse we did get of him is … eating a person. But I’m surprisingly excited about him. And it’s rumored that Taika Waititi is going to voice him, so now I’m really interested in the role and also not okay with thinking too much about it.

King Shark, I guess I owe you my thanks? You’re making me question my lifelong fear of your kind but then again, I’ll probably watch the movie and start crying when I see your teeth because DID YOU KNOW SHARKS HAVE MULTIPLES ROWS OF TEETH THAT JUST RETRACT BECAUSE THEY’RE ABSOLUTELY TERRIFYING? (But not you my thicc king.)