I Liked Fantastic Four…and Not Because Johnny Storm Is Black 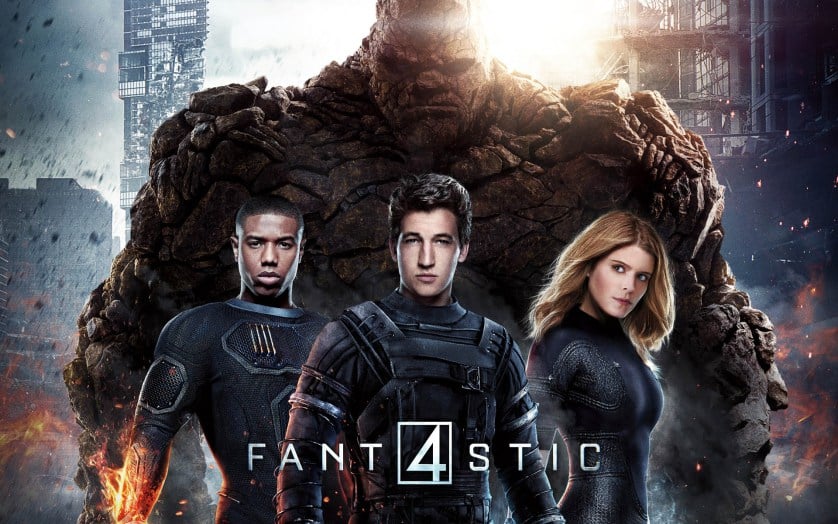 This piece was originally published on Black Girl Nerds. It has been republished here with permission.

I wasn’t planning on writing an opinion piece about Fantastic Four and my thoughts about it, because quite frankly–there are myriad of websites out there to peruse doing that already. I typically don’t do movie reviews anyway, so I had every intention of steering clear about posting my thoughts on Fantastic Four which opened this past weekend.

However, I’ve come across some interesting discussions on Twitter–including some condescending tweets about my affinity for the film. You see, apparently I have a very unpopular opinion for enjoying Fantastic Four. I am the outlier among throngs of geeks who went to see the movie this weekend and found the movie to be terrible. The film which currently is ranked at 8% by Rotten Tomatoes, is being heralded by fans as one of the worst comic book films of all time.

Pump your brakes. Fantastic Four is not the worst comic book movie of all time and you know this.

While Fantastic Four has it shares of flaws, there are at least five other movies (Marvel and DC) I can think of right now that were far worse.  X-Men Origins: Wolverine, Green Lantern, Batman and Robin, X3, and Ant-Man.

We’ll get to that later.

There are a few issues I had with the film, but it wasn’t so bad that it was incredibly irritating or cringeworthy.

The film felt different in various parts of the movie. The first, second, and third act felt like three separate films. And although this was jarring as a viewer, it wasn’t a deal breaker for me because I was still enraptured by the story and the character’s motives.

I didn’t like Kate Mara’s wig. There were reshoots done with this film, and for whatever reason (maybe Mara cut her hair?) they gave her this wig which was terrible to look at. The last scene with all of the team together looked the most obvious she was wearing one, and it was distracting.

Dr. Doom was confusing. I was confused by this version of Dr. Doom who seemed like he was an alien with superpowers and not the calculated super-villain  we all know from the comics and the previous films. Sadly we don’t get much of an explanation as to why Victor becomes Dr. Doom. We just know that he’s suddenly mad and wants to destroy the Earth.

Yes the film was choppy and yes the characters were not fully developed, but does this movie qualify to be the worst film of all time and compared as worst than Corman’s version of Fantastic Four? I don’t think so! 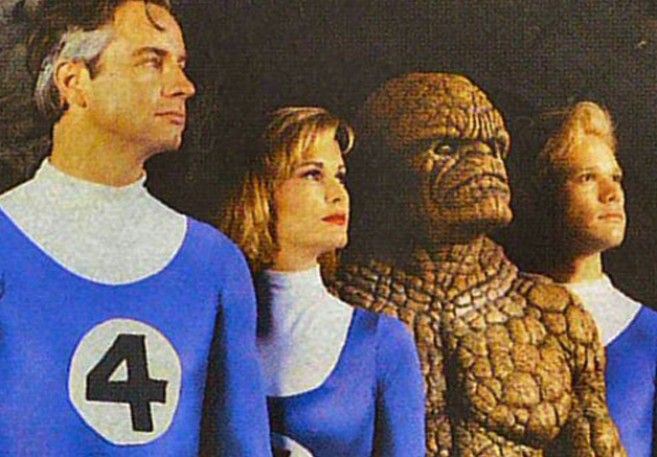 Now here is what I liked about the movie:

I loved the relationship dynamic between Franklin Storm/Sue/Johnny. Franklin’s relationship with Sue was deeply connected and it was evident that he was closer to his adopted daughter than his own son. The animosity and tension that built between the Johnny and Franklin was interesting to watch and I yearned to know more about their past. It was also great to see a Black father figure on screen who wasn’t a deadbeat but in fact a father trying to do his best one day at a time.

I also liked the early scenes between Ben and Richard. The film did a great job establishing how they met, and why their partnership formed.

The science behind time travel piqued my interest. It was in-depth and they didn’t dumb it down for us as viewers. I also liked the special effect sequences associated with the travel and the interplanetary dimension to which they traveled through.

I also like the story of how the government was using each member to serve their own best interests as military soldiers, the government corruption storyline is an overused trope in so many films, but oddly enough in this movie it didn’t bother me as much as it served the purpose of telling us how each Fantastic Four member was able to control and enhance their powers with restraint.

So that is the gist of it for me. Now let’s get to Ant-Man like I promised. I bring up this film, because it was the last Marvel movie I watched, and also I shared yet another unpopular opinion about this film. While Ant-Man wasn’t a monstrosity, it wasn’t that great.  The praise given to the film, was a bit overhyped in my opinion and the movie was mediocre at best.

Many of the same criticisms fans had of Fantastic Four I had about Ant-Man. Lack of character development, stale dialogue, lackluster plot, and a disappointing villain. Although I actually did like Stoll’s rendition of Darren Cross, when he became Yellowjacket it was so blah. Scott Lang is by far the most boring Marvel protagonist to date and I wish we had more from Michael Douglas’ role as Hank Pym whose story is far more interesting than Lang’s. There have been criticisms about Pym’s violent past, but as one of the founders of The Avengers, he is crucial to the origin story. That aside, I also thought the heist scenes were implausible and Lang’s development from a reformed thief and computer hacker to a fully-fledged combatant was rushed and lacked credibility.

On social media, every time I try to defend why I like Fantastic Four, somehow I am reduced to favor it simply because Michael B Jordan is Johnny Storm and that somehow a Black superhero is why I blindly believe this film was enjoyable to watch. This was the most insulting thing of all as fan who is a woman of color because if I were white or if Johnny Storm was played by a white actor, stupid comments like. “Oh, so did you like the movie because of the Black superhero?” would never be brought up. I was also turned off by fans with contempt for the movie trying to convince me why my opinion was wrong and why theirs was right. What’s wrong with having two different opinions?  Why do you care so much that I disagree with yours?  And don’t condescend to me about my reasons for liking the film simply because it doesn’t jive with your logic.

There is no right or wrong way to have an opinion.

It’s also asinine to assume any Black nerd would like this movie just because of Jordan since his presence in the film is all of 30 minutes. I enjoyed the movie for the reasons stated above and because the characters were likeable and believable. And again even though the plot isn’t perfect, it is not the worst comic book film ever made.

Fantastic Four will likely become one of those films that will be better received once it is available on instant streaming, Redbox, and cable. Many of us who watched it in the theater, will watch it a second time and realize that it’s not as craptacular as the hype and rage machines of social media and online film critics are making it out to be. It’s just a cool sci-fi thriller about a group of kids with various skills that eventually band together to save the planet.

One more thing, it is incredibly annoying when fans make comments about a film they’ve never seen. If you look to movie reviews to make a decision whether or not you plan to see a movie that’s one thing, but to invent hyperbole about a movie and its plot based on your assessment of other people’s opinions and not your own is something I am far from ever being interested in. So please keep those opinions to yourselves.

Hope you decide to see Fantastic Four and at least make your own sound judgement and not get swept away by the hive.