Facebook Page “I F-ing Love Science” Is Getting A TV Series, With Craig Ferguson Producing 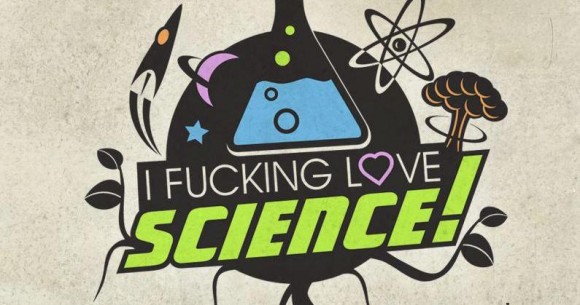 Here at The Mary Sue, we fucking love science. We love smart ladies doing cool things, too. Therefore, we take it as rather exciting news that the enormously popular I Fucking Love Science Facebook page is evolving into a brand spanking new TV show. The series has been greenlit by the Science Channel, and CBS’ Late Late Show host Craig Ferguson will be taking the helm as executive producer. Elise Andrew, the one-woman team behind the Facebook page, is coming aboard as consulting producer.

The announcement came yesterday at SXSW, via a recorded message by Ferguson. From The Wrap:

“If you know anything about me, you know I love science,” said Ferguson. “Science has a naughty secret — it’s that all things are connected. And this show is going to explore the randomness of science. Think of it as a late night Google search that goes a hundred pages deep until things get weird — and then you just keep going. And there is no better partner for this kind of smart entertainment like Science Channel and Elise.”

I Fucking Love Science will be a blend of live action and animation, and is scheduled to air late this year. Andrew hopes the series “will encourage more people to embrace the amazing, wonderful world of science.” Given that her page has attracted over ten million fans (and counting), I think there’s a good chance of that. My life’s been a little empty ever since Bill Nye The Science Guy went off the air. A snappy grown-up science show sounds right on the money.