I Feel Pretty and The Power of Radical Self Esteem

The New Amy Schumer Comedy Has Something to Say...and It's Not What You Think. 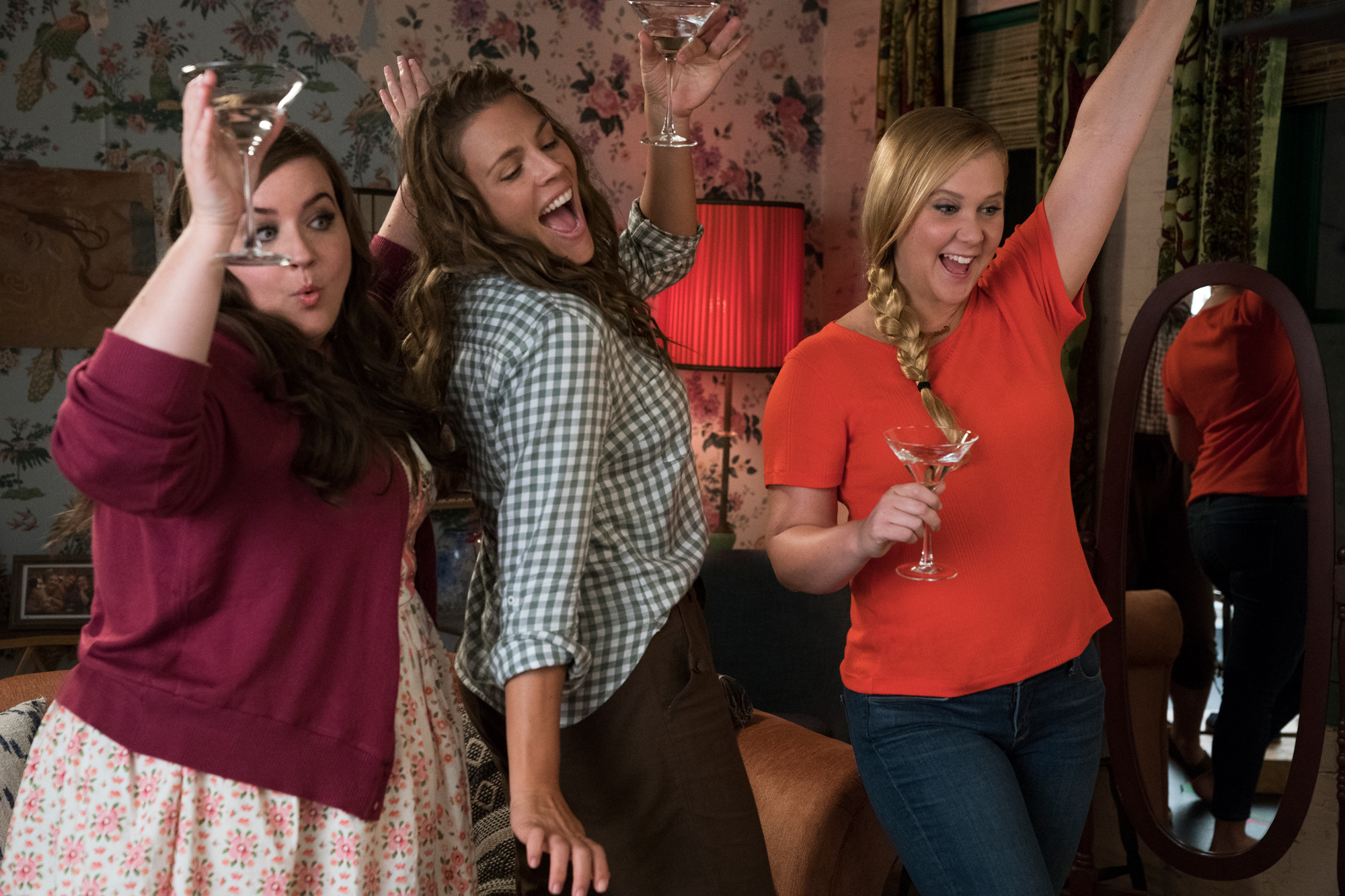 I’ll admit it: when I first saw the trailer for Amy Schumer’s new comedy I Feel Pretty I thought, “ugh, here we go.” The last thing I need is a movie where the punchline seemed to be “this normal girl thinks she’s hot but she’s not LOLOL!”. If I wanted to see that I’d just re-watch Shallow Hal…or a thousand other films where a female character is mocked and degraded for her physical appearance. While I’m a fan of Inside Amy Schumer, this seemed like the kind of film that punches down in terms of comedy. My initial fears, plus a Rotten Tomatoes score of 35% left me with low expectations for the film. I was ready to hate on the film, but then something surprising happened…I kind of loved it.

Written and directed by Abby Kohn and Marc Silverstein (How to Be Single, Never Been Kissed), I Feel Pretty centers on Renee Bennett (Amy Schumer), a woman whose struggles with low self esteem define her everyday existence. She works in the digital offices of cosmetics giant Lily LeClaire, where she toils away in a basement office while dreaming of working in the company’s shiny 5th Avenue building. Renee’s lack of confidence has a stranglehold on her life: her career aspirations, her friendships with Vivian (Aidy Bryant) and Jane (Busy Phillips), and her dating life. After falling off of her bike in a Soul Cycle class, Renee hits her head and wakes up thinking she’s super model gorgeous.

As I watched Amy Schumer peel herself off the locker room floor in disbelief and examine herself in the mirror, I was waiting for the reveal. Who will she see when she looks in the mirror? Will it be Karlie Kloss or one of the Hadids? Renee sees her same old self, and therein lies the low key brilliance of this movie. There is no fairy dust or Zoltar machine (although Big does get a shout-out): the only thing that changes is Renee’s outlook on herself. This newfound confidence propels Renee into a new career trajectory and catches the eye of her glamorous boss Avery (Michelle Williams, flexing her comedic chops in a scene-stealing performance), and romantic interest Ethan (Rory Scovel). 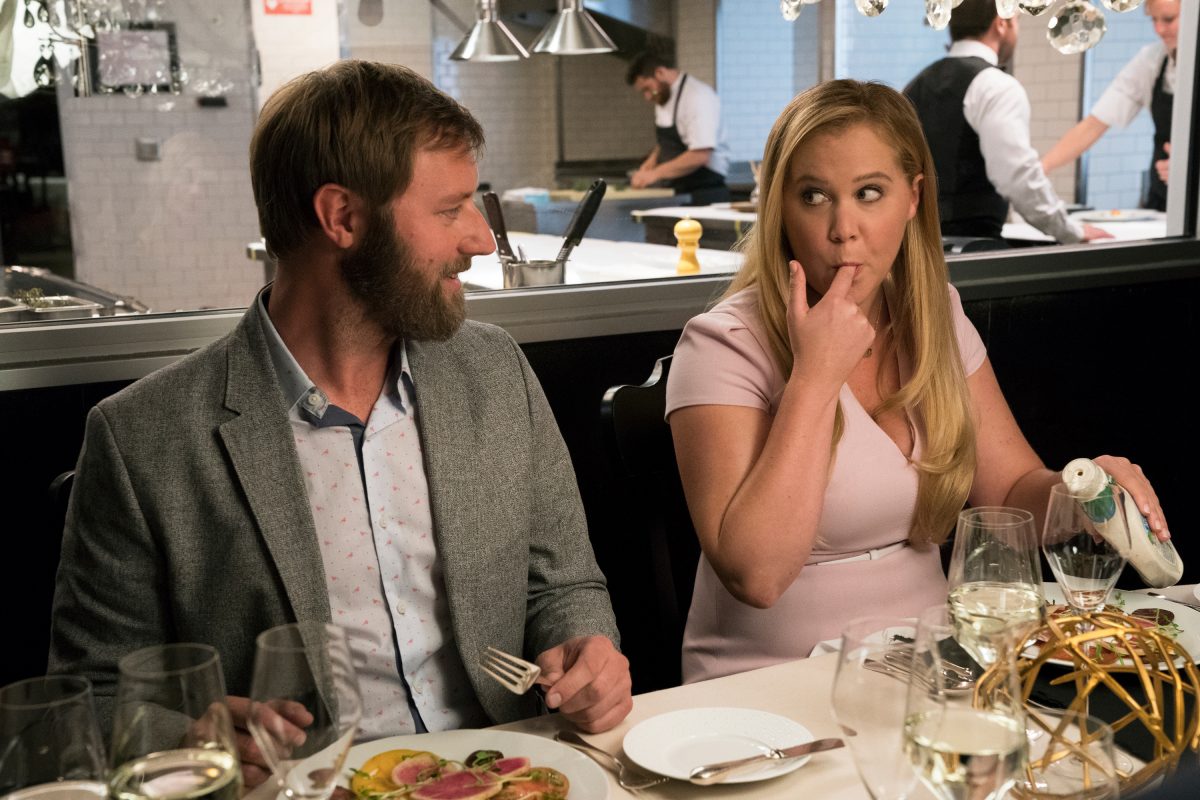 While watching this movie, I was struck by how rarely we see female characters with such brazen self confidence, especially in comedies. The most beautiful actresses are always playing characters completely unsure of and oblivious to their own good looks. They are rarely strong, confident, and self assured. They are more often self deprecating, tripping over unseen hurdles (literally…these women are always falling down), and waiting for someone to come along and show them that they’re worthy of love. In an interview with Pop Sugar, Schumer says of the negative response to the trailer, “I think people projected the things they’ve been through on their own onto it, and I’m not playing, you know, an ugly troll who lives under a bridge. I’m just playing a woman who really struggles with her self-esteem. I don’t think it’s fair to say who should and shouldn’t struggle with that. Everyone struggles with it, and it doesn’t matter what you look like.”

While I Feel Pretty follows the predictable beats of a romantic comedy, it has something different to say. The humor comes not from poking fun at Amy Schumer’s appearance, but from everyone else’s responses to this radically confident woman. As Renee moves through life exuding confidence, she inspires the people around her to be more comfortable in their own skin. She excels in her work and in her personal life. There is no makeover montage, no before and after reveal: all that’s changed is how she sees herself.

After the film I was in the restroom, where a woman came up to me, eager to talk to someone about what we just saw. “Ugh, can you imagine how amazing life would be if we just walked around with that kind of mindset?”, she sighed as she washed her hands. It would be pretty amazing indeed.