Hyundai Attempts to Scrub Their Terrible Suicide Ad From the Internet, Fails Miserably 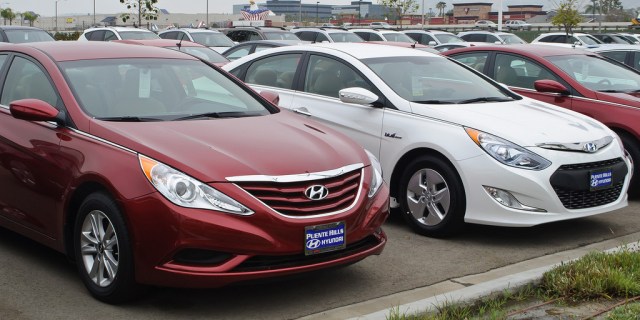 The Streisand effect is a powerful, powerful thing. When you attempt to purge the Internet of some kind of media that’s gone public, all you’re going to do is draw even more attention to said media. Everyone should really know by now that the cat really doesn’t effectively go back into the bag once it’s out. It’s just common sense, or so we thought. Case in point: Hyundai’s been trying to cleanse YouTube of their recently pulled suicide ad.

The ad centers around a man trying to commit suicide by locking himself in his garage with a running Hyundai. It doesn’t end as planned since the the vehicle lacks the carbon monoxide emissions to achieve his goal, so he walks away. Hyundai, and the ad agency Innocean Europe, apparently thought this was a “viral” advertisement rather than an incredibly poor one.

Consumers reacted about like you’d expect, and Hyundai and Innocean have apologized, and pulled the ad from their official channels. They went a bit further, however, by trying to cleanse YouTube of their poor decisions. As usual, this means it’s only propagated further throughout the realms, and there are still a few remaining on Google’s video service at current. Check it out below:

Of course, some conspiracy theorists believe Hyundai’s completely aware of what they’re doing. The thought goes that Hyundai knows all about the Streisand effect, and they’re both looking sensitive by removing the ads and generating buzz. It’s possible, but that’d be giving Hyundai the benefit of the doubt, and I’m honestly more willing to believe that they’d just very much like everyone to not be able to see the ad in question.

(via Techdirt, image via InSapphoWeTrust)