Hustlers, Knives Out and More Shine at the Toronto International Film Festival

Can we just watch these movies now, please? 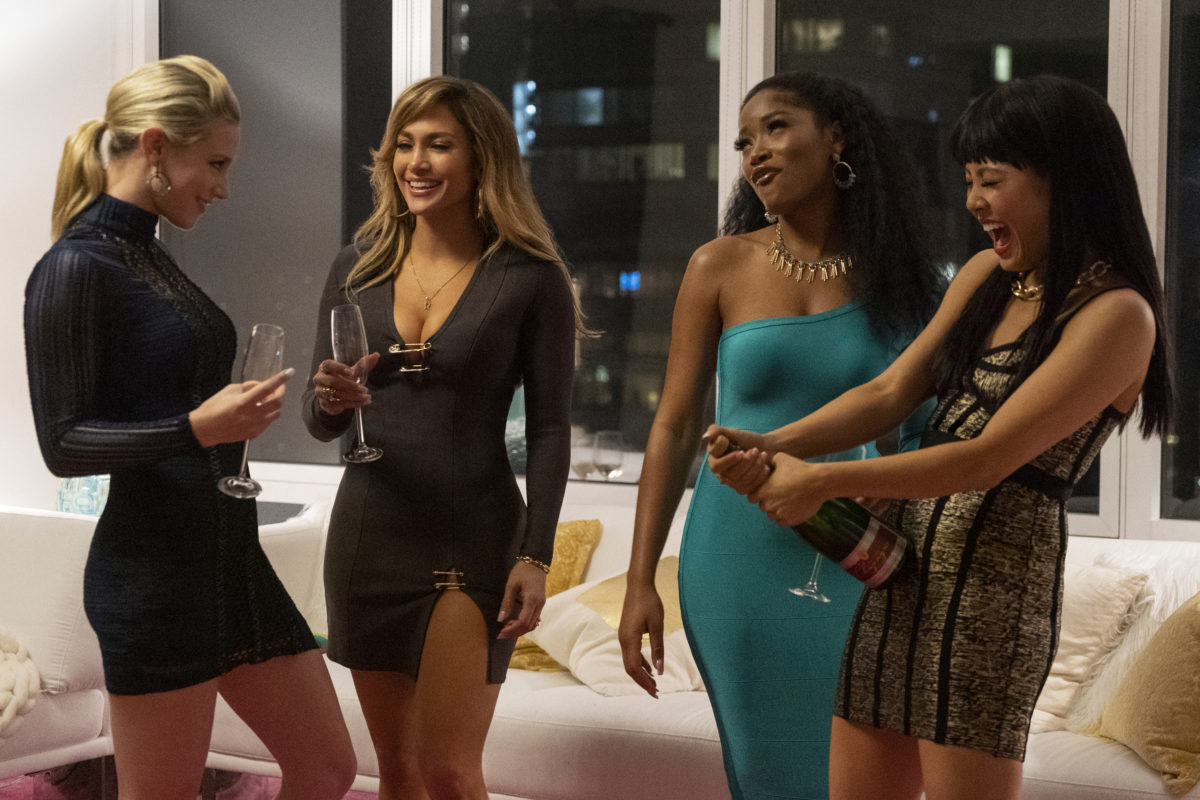 Most weekends, just reading the American news makes us want to be in Canada, but this weekend it was reading all the film reviews coming out of the Toronto International Film Festival that had us really wishing we were up in the north. (We hear they’re pretty good at Tennis too).  From Hustlers to Knives Out, here are just a few of the Toronta debuts and reviews that caught our attention.

The buzz for this one is deafening, perhaps because its wide release is only a few days away on September 13. Hustlers, directed by Lorene Scafaria, tells a fictionalized version of the exploits of the adult entertainers-turned-scam artists as documented in The Hustlers at Scores as published in New York Magazine. The article is an unflinching portrayal of women banding together to take what theirs, even at the expense of many victims, and I wondered how much the film version would sugar-coat the actual story. It sounds like Hustlers  has taken great liberties with the relationships and motivations of the women, but that might actually be a good thing since they come off as extremely unlikable and unreliable in the original article. Here’s Hoai-Tran Bui at /film:

With an all-star cast led by a fierce Jennifer Lopez, Hustlers is a glossy crowdpleaser that shatters the male gaze. But in avoiding titillation, Hustlers ends up taking some of the teeth out of a sharp, sensuous, and satisfying true-life scam story described in its original New York Magazine piece as a “modern-day Robin Hood” fable.

Critics across the board agree that Jennifer Lopez steals the films, with a few even whispering the O-word. Lopez serves as the center of a film that’s appear to not just be about exotic dancing, but class, power, money and female relationships. Leah Greenblatt at Entertainment Weekly expands:

Lopez (who seems to hold the center of every scene she’s in) and Wu bring a soulfulness and desperation to their roles that defy easy profiling. Yes, they’re single moms from disadvantaged backgrounds, but the script doesn’t martyr them or offer excuses for the choices they make. What it does, smartly if sometimes a little too neatly, is make them feel real.

We’ll have much more discussion of this film in the future but for now, it looks like the ladies have a hit in their future.

We’ve been waiting for Rian Johnston’s follow up to The Last Jedi since the trailer dropped, and the delirious reviews have only made us angrier we have to wait until after Thanksgiving for its wide release (November 27). The modern take on a classic murder mystery plot sounds like it’s not only sharp and funny, but fiercely topical according to David Ehrlich on IndieWire:

This isn’t just “Murder on the Orient Express” with cell phones, but rather a room-shaking crowdpleaser that reckons with how fresh Agatha Christie’s books felt to those who read them in their time. What starts as a simple murder-mystery soon evolves into a brilliant, almost relentlessly fun examination of how the game has changed in a country where victory can’t afford to be as one-sided as it used to be.

It seems like everyone loves everything about this , film and the praise for Johnson makes us particularly happy.

Johnson’s screenplay in many ways is the star here, with its well-oiled plot mechanics and guileful twists and turns, constantly pulling the rug out from under the audience as much as the characters. Blanc calls the mystery “A case with a hole in the middle. A donut.” And as the complications pile up, he revises that description to a donut hole within a donut hole.

Portrait of a Lady On Fire

You may not have heard of this one, but this period lesbian romance from France has been drawing raves since it debuted at the Cannes film festival this summer, and the word out of Toronto is just as good, with The Atlantic calling the film “breathtakingly beautiful work, a swooning love story deserving of wider attention.”

Dolomite is my Name and more

Did you know that Eddie Murphy is trying for another comeback? Did you know that he’s also getting all the delicious Oscar buzz for his portrayal for blaxplotation icon Rudy Ray Moore? Well USA Today calls it Muphy’s greatest role and that has us intrigued. The film is part of a collaboration with Netflix, as is another darling of the recent festival circuit, Marriage Story and I have to say I’m all for movies I don’t need to leave my house to see. We’re also keeping our eye out for The Personal History of David Copperfield because Dev Patel (Do we need another reason?).  Predictably, A Beautiful Day in the Neighborhood is making everyone cry.  And finally. we’re also super curious about Palme D’Or winner Parasite from Korea, which looks and sounds EXTREMELY stressful, but also very good.

What films have you most excited?