The Extent of Human Radio Broadcasts in the Milky Way 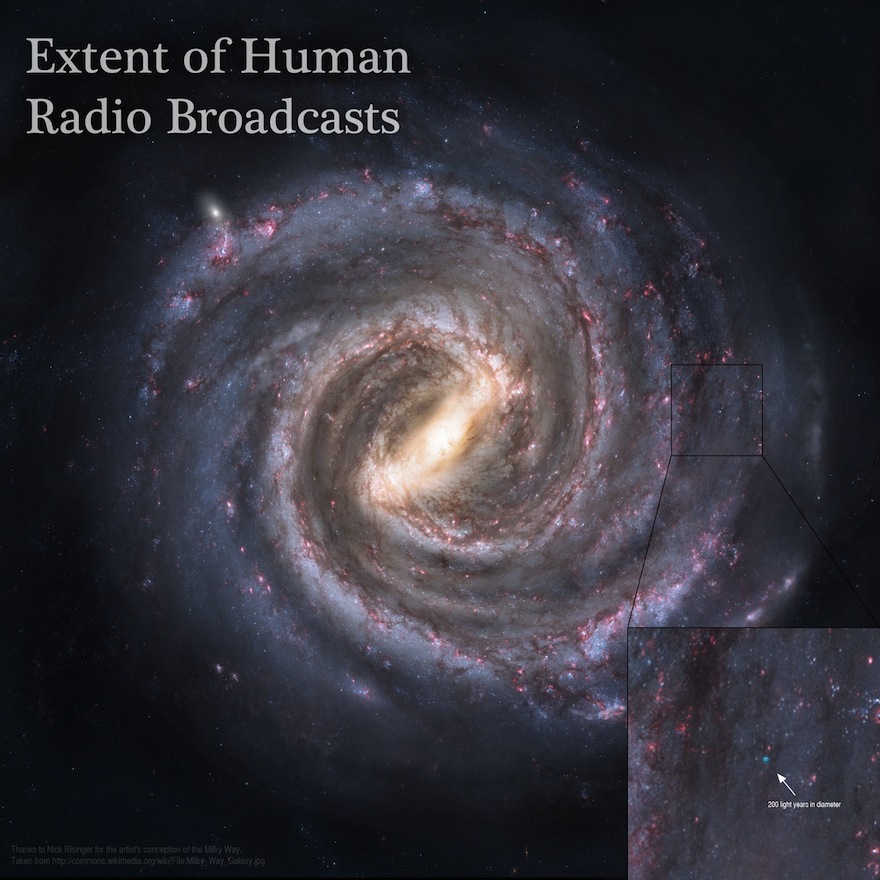 It’s unlikely that aliens are sitting around fiddling with rabbit ears in attempt to listen to our nonsense, but nevertheless, humans have been sending messages into space for decades. The first AM broadcast was on Christmas Eve, 1906, and Hitler’s broadcasting of the 1936 Olympics is regarded as the first signal powerful enough to be carried into space.

When compared to the vast size of the Milky Way, our presence here on Earth seems insignificant. Even our space-bound messages — which are traveling at the speed of light — are dwarfed by the galaxy’s immensity. The image on the left illustrates our “bubble” of existence, which spans 200 light years in all directions — but is just a small blip on the cosmic radar.