The Big Crime of Hulu’s Hardy Boys? How Boring It Is. | The Mary Sue

The Big Crime of Hulu’s Hardy Boys? How Boring It Is. 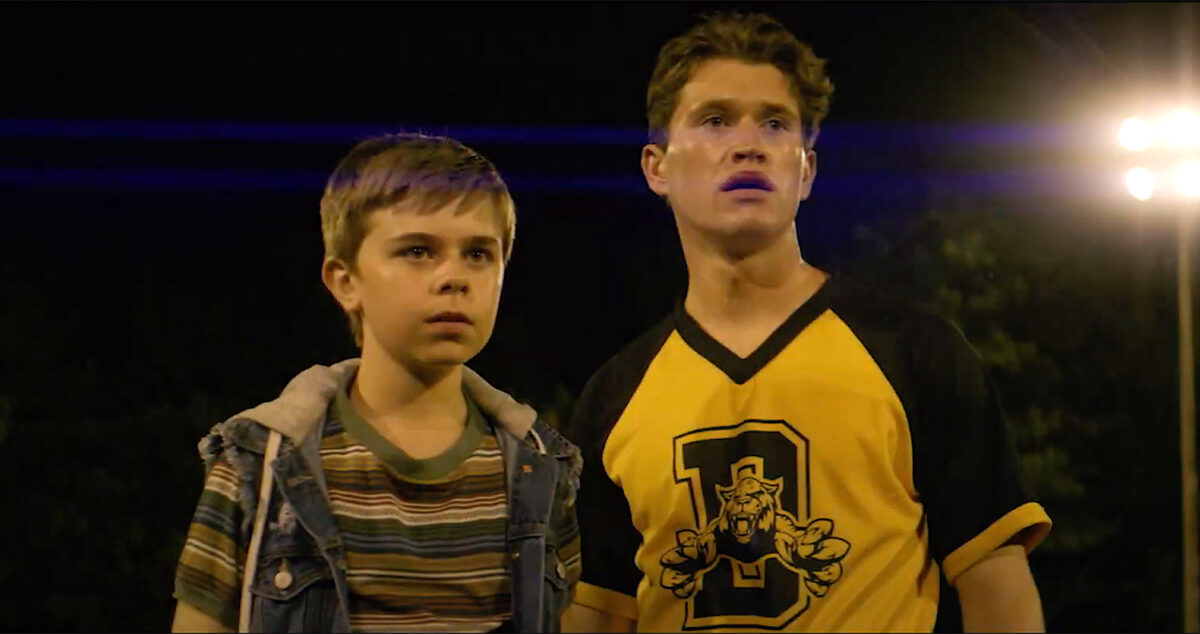 The biggest achievement of The Hardy Boys is that Hulu took the blandest, most boring property from the collective American childhood and somehow … found a way to make it even more boring.

When I was a kid, I knew who The Hardy Boys were. They were the square boy scouts to Nancy Drew’s slightly cooler girl scout. They were the epitome of, well, American Hardiness and represented a dated version of boyhood that reflected the origins in the 1920s. And that was fine: The Hardy Boys have always been square and dependable, like any other staid procedural. The books were Law and Order for middle schoolers, that’s their brand because everyone likes a mystery.

But imagine, if you will, a version of The Hardy Boys where things are still dated, but the mystery is slow and plodding and the boys are moppy, inept little jerks who don’t actually seem interested in solving it. And they probably shouldn’t even try because they aren’t really kid detectives and it’s some sort of conspiracy involving an exploded boat, international espionage maybe, and oh yeah, the death of their mother.

Let me take a minute to rage about this. Perhaps the creators of Hulu’s The Hardy Boy saw that Supernatural was ending and decided that we needed a new series that revolved around the death of a mom as the mystery to propel an entire season. And to that I say: no. This is personal but as a mom and just as a parent in general, can media stop killing us when they are feeling too lazy to do actual character development or build mythology? I’m so sick of dead moms and wives who are just there to be props for inept, angsty men. It’s old news, even when they’re not being actively fridged onscreen.

But of course, this whole series is old news by choice. The setting is dated because it’s set in the 80s for some reason that may not go further than trying to capture that Stranger Things vibe. That doesn’t work because the town of Bridgeport is still too quaint and outside of time and even setting the show 40 years ago doesn’t make things work better. These Hardy Boys come to the town of Bridgeport after their mother dies mysteriously because it’s where everyone they know is from and yet they know nothing about the town, which is populated by characters only slightly more interesting than the titular heroes.

As for the Hardy Boys themselves, Frank (Rohan Campbell) is a bland baseball player, and Joe (Alexander Elliot) is his bratty, sullen younger brother. Neither of these characters are interesting, and oftentimes they are downright annoying and unlikable. Unfortunately the performances don’t do anything to redeem them. The show would maybe interesting if they were, you know, solving mysteries but … the series seems more interested in shoving them into some sort of big, creepy conspiracy that’s trying to be Riverdale, but with none of the spice, drama, or hook of that show.

There are so many shows The Hardy Boys is trying to be, from Supernatural to Stranger Things to Riverdale, and it succeeds at emulating none of them. Nor does it have any of the atmospheres and tense pacing of the CW’s Nancy Drew reboot, which fits comfortably in a modern setting and puts the horror elements of the show front and center. This show may have some sinister “dark powers” at play, but it’s so boring to start off that it presents no reason for anyone to want to get to that sort of twists, nor does it set up a world that’s anything but as bland and flat as its leads.

This series comes from creators Steve Cochrane and Jason Stone, and I can’t help but be a little bit bitter about what appears to be more men getting the opportunity to make a television show without many impressive credits to their names. Cochrane’s most recognizable credit is as a writer on Lost Girl, which is a show a lot of us love, but most fans of Lost Girl will tell you we enjoyed it despite the terrible writing, not because of it. Which is to say, I’m not shocked that this show is bad. I’m most disappointed that they managed to make something that’s neither recognizable as Hardy Boys nor entertaining on its own.

But that’s fine, there are other shows out there and so if you’re looking for a good mystery drawn from the pages of your childhood … Nancy Drew is free to stream on the CW app.