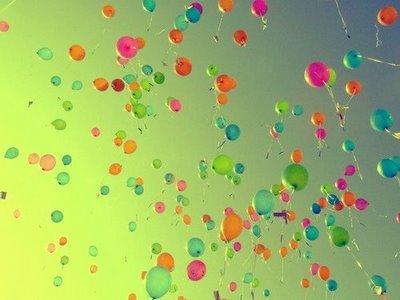 In neat and showy PR stunt, or maybe a hearkening back to paganistic tribute to the gods, HP is going to send a whole bunch of Twitter wishes into the sky attached to balloons. It works like this, go to the HP TwitterWisher and tweet out your wish along with the Homestar Runner-esque hashtag #Everybody2012. Once you do that, HP will release your wish on a balloon from their headquarters in Dubai sometime between 11am and 4pm Dubai local time. HP also has a mechanism set up by which you can confirm that you’ve found one and help to make a crazy balloon-landing map.

Not surprisingly, HP isn’t saying anything about the likelihood that your wish will come true or whether or not flying it up into the sky on a balloon will increase that likelihood. More surprisingly, from what I can tell, there isn’t a single mention the environmental impact of this little celebration. In this day and age, you would expect there’d at least be a statement saying “It’s OK, they’re biodegradable,” or something, but the TwitterWisher website seems to be ignoring the matter entirely. I’m no fortune teller, but I can tell you that if your wish for 2012 is fewer popped balloons littering the area surrounding Dubai, it’s probably not coming true.