HP Officially Gives Up On webOS Phones and TouchPad 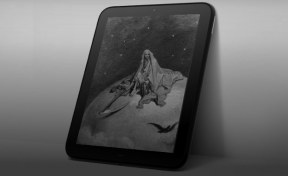 In the face of rumors that they might be abandoning webOS, HP stepped up and cleared the air: They are definitely abandoning webOS. HP has made the decision to discontinue everything that has to do with the TouchPad and webOS phones. Their press release, as quoted by TechCrunch, addresses the sitiuation this way:

HP reported that it plans to announce that it will discontinue operations for webOS devices, specifically the TouchPad and webOS phones. HP will continue to explore options to optimize the value of webOS software going forward.

While the statement makes it excruciatingly clear that HP wants absolutely nothing to do with webOS related hardware, it does seem to make it sound like they’d like to salvage whatever is left of webOS proper. There is still potential for webOS to be licensed out to people who have become fond of it and the potential for webOS to show up in devices that aren’t, ya know, webOS phones or the TouchPad. For the time being though, it’ll have to just kick around and hope that someone pays it the attention it deserves.