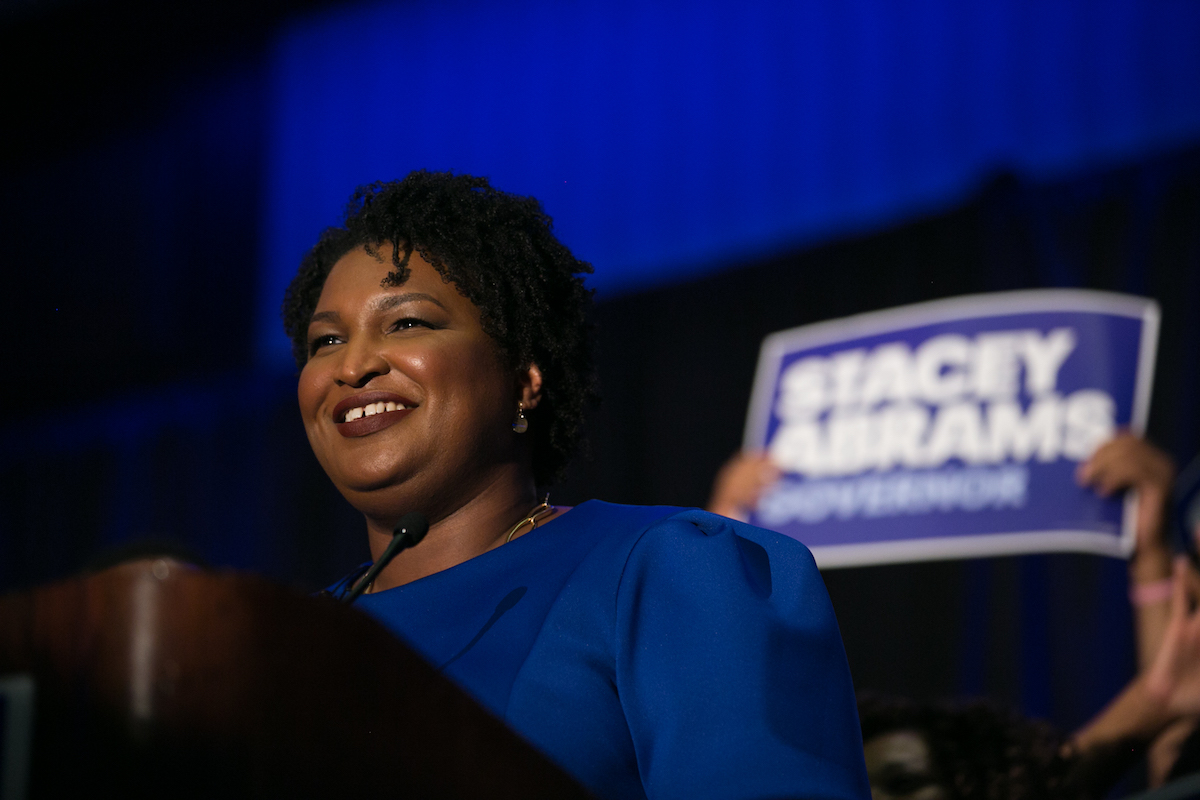 Donald Trump’s State of the Union address will happen tonight after a rescheduling due to the government shutdown and Nancy Pelosi’s refusal to play Trump’s petty games. While we won’t know for sure what he’s going to say until he says it, there are some pretty solid predictions being made.

The White House has said Trump will call for unity, but he’ll also likely take jabs at Democrats for refusing to fund his stupid, racist, ineffectual wall and lash out at the media for “unfair” coverage of his presidency.

Hours ahead of a speech his aides say will be about bipartisanship, national unity and comity, President Trump goes after Democratic Senate leader https://t.co/6jrZQf2LkI

Trump has invited as some of his guests the daughter, granddaughter, and great-granddaughter of Gerald and Sharon David, a couple who was murdered by an undocumented immigrant last month. Last year, he invited the parents of a teenage girl killed by the MS-13 gang and used their tragedy as a line-in to talk about the perceived dangers of immigration. (In reality, while some immigrants–like some U.S. citizens–commit crimes, there is no correlation between immigration and higher crime rates.) So one can assume he will speak about the issue similarly tonight.

There have been other subjects teased, including a plan to eradicate HIV transmissions (despite all his past work to ignore if not backpedal on the issue) and an appeal to his anti-choice base. He is reported to be planning to talk about abortion and the “fundamental importance and respect for human life,” and given the recent attention on late-term abortions, he may touch on that issue as well, so watch out for an onslaught of misinformation and fearmongering.

Following the State of the Union, Democrats will give their official response. This year, the honor of speaking has been appointed to Stacey Abrams, who narrowly lost her race for governor of Georgia in an election fraught with apparent voter suppression. Usually, a sitting lawmaker is chosen to represent the opposition party. But Abrams is the perfect choice to represent Democrats at this specific moment in time.

We don’t need to know exactly what Trump will say tonight to know the kinds of things we’d like to hear in response. Because the State of the Union isn’t just a speech, it is a reflection on the past year, the present, and the future of the country. And the country Trump is likely to talk about tonight doesn’t much resemble the one the rest of us are living in.

Trump is going to talk about immigration. He’ll talk about a “crisis” at our southern border and probably, once again, conflate immigrants and criminals into one mythic image meant to scare his base. Stacey Abrams has made clear her dedication to and appreciation for immigrants. On her campaign page, she wrote to the immigrants living in Georgia, “You strengthen our state, and you are vital to its future. Your success lifts us all, and I stand with you.”

Trump is going to talk about unity. But real unity doesn’t just mean parties working together to fund a wall or anything else. Real unity means holding a party or a person accountable if they’re engaging in voter suppression. It means reaching out to disenfranchised communities and figuring out why they feel excluded from the Democratic process, as Abrams did when she learned that 800,000 people of color in Georgia were not registered to vote and subsequently founded the New Georgia Project, which has since registered more than 200,000 POC.

In a recent essay for Foreign Affairs, Abrams wrote passionately in defense of what has been dubbed “identity politics,” arguing that what critics of the notion view as “‘fracturing’ is in reality the result of marginalized groups finally overcoming centuries-long efforts to erase them from the American polity—activism that will strengthen democratic rule, not threaten it.”

“In my bid for office, I intentionally and vigorously highlighted communities of color and other marginalized groups, not to the exclusion of others but as a recognition of their specific policy needs,” she writes.

The last election put more women, more young people, and more progressives in the House than ever before. The decision to name Stacey Abrams as tonight’s speaker signals that House leadership is down to keep the spotlight on Democrats who work not just for the party, but for voters–specifically, voters who may not have previously felt included in politics.

You don’t need to watch Trump’s State of the Union address to know that you probably won’t relate much to his vision of the country. In fact, you can skip the event altogether if you want to. (I’ve decided I’m going to!) But Abrams’ vision of the country is an exciting prospect and definitely worth tuning in for.

Abrams’ response will be aired on all the major networks also showing Trump’s speech, which begins at 9 pm Eastern. Abrams will speak shortly after he concludes, whenever that may be. Last year, he was just nine minutes shy of a new SOTU record, clocking in at an hour and 20 minutes. A number of outlets like the Washington Post, CNN, and NBC will have their own live stream of the speeches. Here’s PBS’:

Also, personally, I’m going to be checking back in later to see if this really happens, because if so, I am on board.

OK, I will give the State of The Uterus Address tonight if I can figure it out. What is the best way to do this? Facebook live? Periscope (is that what it is called?)