How to See Neowise, the Most Visible Comet in Years! | The Mary Sue

How to See Neowise, the Most Visible Comet in Years! 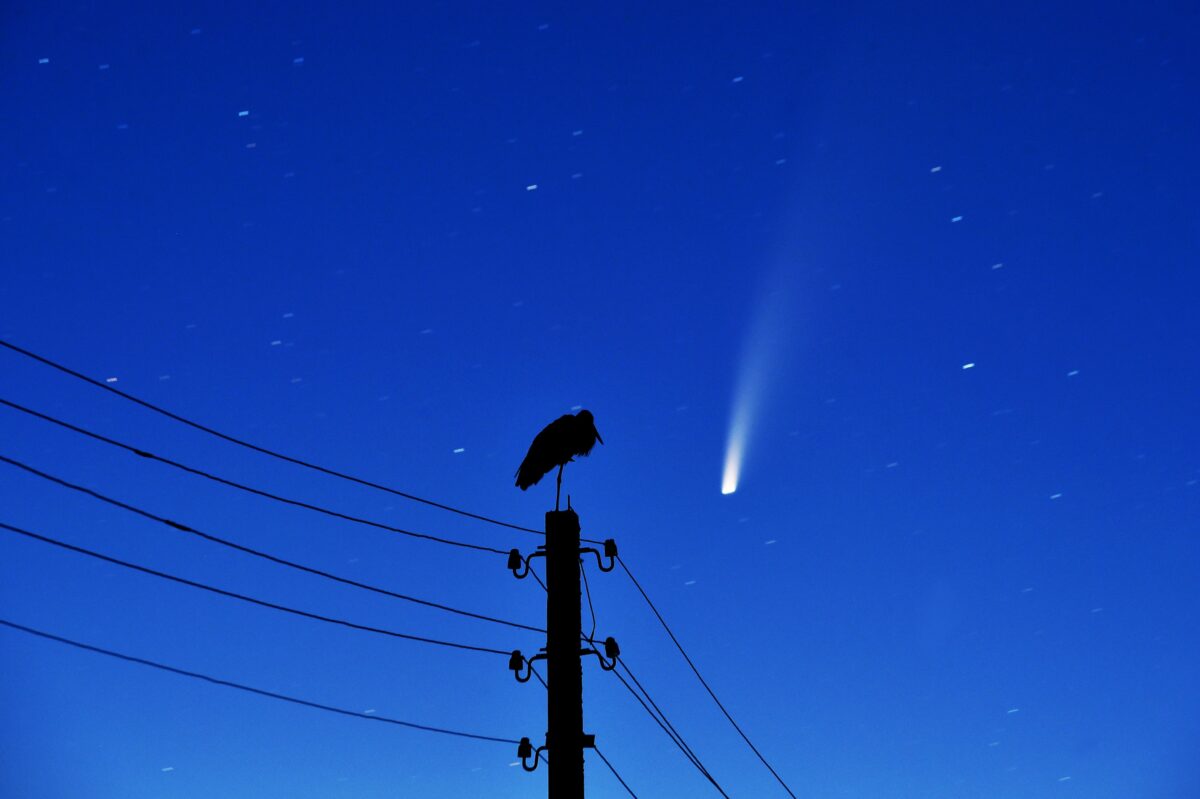 A comet is approaching close to Earth, and sadly it won’t be hitting us, ending this miserable year, but it’s in the US and giving us one of the best skyshows in recent memory! So that’s something!

The comet, known as C/2020 F3, but called Neowise by its friends, is a three-mile wide hunk of ice and space rubble that’s passing this way through the solar system and won’t be seen again for 6,800 years. And it’s one of the first comets in recent memory to be visible to the naked eye. Such comets are extremely rare, and while Neowise doesn’t qualify as a “great comet” like Hale-Bopp, it’s one of the brightest and most visible comets to pass by the earth in years, after other comets have missed us or not been visible. Or been destroyed …

On July 3, Neowise survived its closest approach to the sun, which also gave it more of a visible tail. “This very close passage by the Sun is cooking the comet’s outermost layers, causing gas and dust to erupt off the icy surface and creating a large tail of debris,” NASA said, according to CNN. “And yet the comet has managed to survive this intense roasting.”

Neowise is just close enough to be seen and it has already provided skywatchers and photographers with some amazing images.

Comet NEOWISE and the city of Toronto, Ontario, Canada 🍁! I was up really early for this shot. It’s not often that we get the opportunity to see or photograph a comet of this brightness and with a tail. I hope you like it!🤩 https://t.co/BFyxFFw2DE pic.twitter.com/sGZBiEVryM

So when and how will you be able to see Neowise in the sky? Until today July 14th, the best time to see the comet has been in the Northeast corner of the sky in the very early morning.  But starting tonight, the best viewing will be in the evening, about an hour after sunset. From now until July 23 the comet will get dimmer, and you’ll need to look for it with binoculars or a telescope, preferably in a place without much light pollution.

Comets act a lot like the moon in terms of their light, in that they don’t glow on their own, only reflect the light of the sun. So, as Neowise gets closer to the earth and further from the sun, it will get dimmer, until its closest approach to Earth on July 23.

So, get out there tonight, amateur astronomers, and catch a glimpse at a one in an era sight before it’s gone.