How to Fight Back Against the Anti-Abortion Hyde Amendment, Which Turned 43 this Week 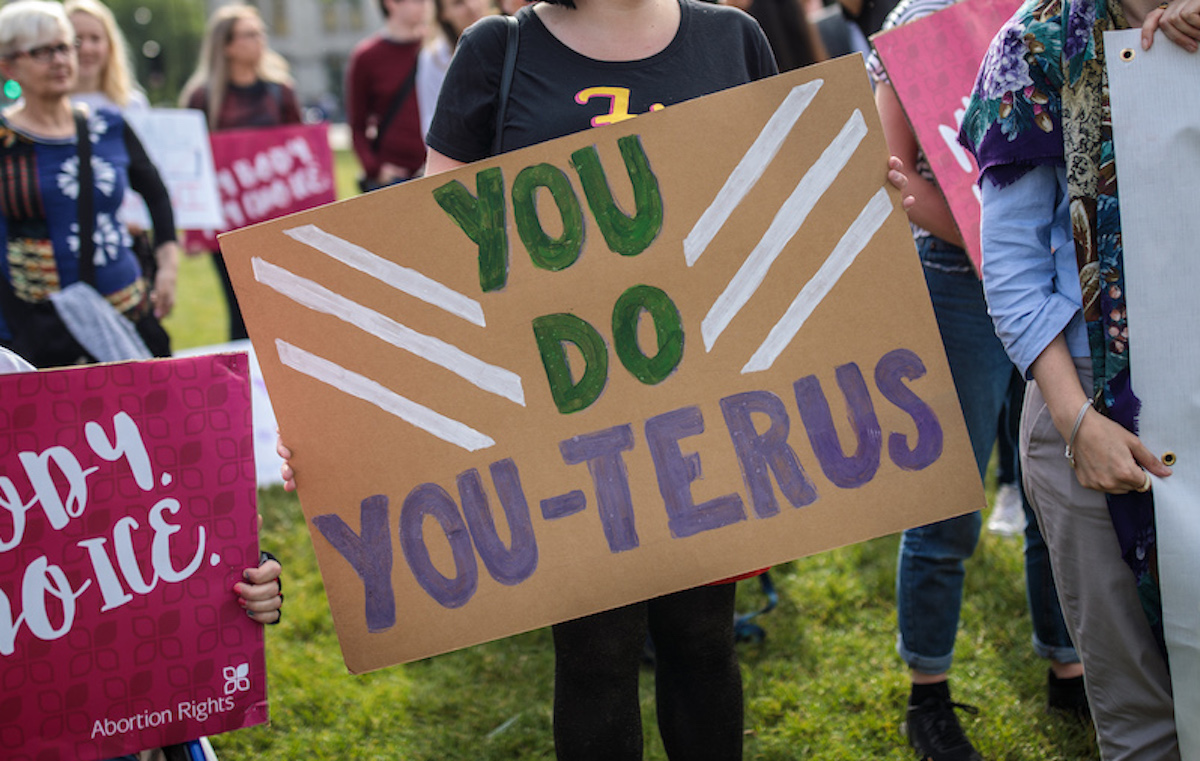 The Hyde amendment turned 43 years old on Monday, meaning that for 43 years, federal funding has been barred from paying for elective abortion care. More than 30 states have restrictions on insurance coverage of elective abortion care, as well, while states like Oregon have led the way in allocating state funding to pay for abortions. One thing is for certain: Hyde has been instrumental in transforming abortion care from a human right to a widely inaccessible socioeconomic privilege.

Hyde is justified as a means to not offend the sensibilities of that small minority of Americans who oppose abortion rights, essentially according this minority with disparate power over the lives and healthcare access of women and pregnant people across the country. Its effects are sexist, racist, and deeply classist, limiting the taxpayer-funded care women and pregnant people receive, despite how we pay the same taxes as men, while also disproportionately harming the low-income women of color who comprise the majority of people who seek abortion care and also are more likely to struggle to afford it.

It’s true that, as research has repeatedly shown, restrictions on abortion may be dangerous and make abortion access highly inconvenient or contribute to higher maternal death rates—but unlike increased access to birth control and sexual health education, restrictions rarely impact the abortion rate. Yet, Hyde’s economic punishment of low-income women and pregnant people is clear in the reality that it blocks one in four women on Medicaid from accessing abortion care.

Abortion is healthcare and shouldn’t be treated any differently from other healthcare just because of the ideological preferences of some. There are actions we can all take to push for the repeal of this archaic, discriminatory, and increasingly unpopular law:

In April, Georgia Gov. Brian Kemp signed into law what was then the most extreme anti-abortion law in the nation: a six-week, “fetal heartbeat” ban that could potentially criminalize doctors and women who have miscarriages. As has been pointed out plenty of times before, six weeks, before the embryo even formally becomes a “fetus,” is before many people can even recognize they’re pregnant, let alone take action to access abortion care. In other words, the six-week ban is just a ban, period, on all abortions.

Thankfully, this week, a federal judge issued a preliminary injunction blocking the ban from taking effect. Georgia is joined by several other states, including Alabama, Louisiana, and Missouri, that have enacted similar or even more extreme bans. These bans have either been blocked or are in the midst of legal challenges, as well.

While the injunction brings a collective sigh of relief, for now, the proliferation of proposed and passed abortion bans across the country remains terrifying and dangerously confusing, especially for women and pregnant people in the affected states, who are left wondering if abortion is legal or not, and if so, where they can access care, and so on, and so forth. The confusion and stigma perpetuated by abortion bans alone—whether successfully enacted or not—pose a significant barrier to access.

Every year, the Supreme Court convenes to select which cases it will hear over the coming term—beginning on the first Monday of October every year—and this week, deliberations finally began over what those cases will be for the 2019-2020 term. Reproductive rights advocates have been especially on edge since the addition of alleged sexual predator and abortion rights opponent Brett Kavanaugh to the bench, especially as Kavanaugh has already voted against abortion rights earlier this year.

With abortion bans constantly being passed, signed into law, and challenged in court—often costing anti-abortion state governments hundreds of thousands in taxpayer dollars to defend—the case that advocates have been most concerned with is June Medical Services v. Gee, which, if accepted, could lead to an alarming reversal of the 2016 Whole Woman’s Health v. Hellerstedt decision. [Update: The Supreme Court has decided to hear this case.]

The Whole Woman’s Health ruling established that TRAP laws—Targeted Regulation of Abortion Providers, typically through costly, medically unnecessary requirements purposefully meant to shut down abortion clinics—are unconstitutional and an undue burden to abortion access. Whole Woman’s Health had been prompted by a lawsuit against a Texas law (HB2) requiring clinics to have admitting privileges at nearby hospitals, among other logistically or geographically impossible requirements, and would result in more than half of the state’s clinics being forced to shut down within three years.

Similarly, June Medical Services involves a Louisiana abortion restriction that is all but identical to Texas’ HB2—only this time, the Supreme Court will be without retired Justice Anthony Kennedy, who used his vote in Whole Woman’s Health and earlier abortion rights cases often to side with abortion rights. Instead, Kennedy has been replaced with Kavanaugh, who has consistently used his vote on the Supreme Court and on the Ninth Circuit to side with abortion opponents. Chief Justice Robert Kennedy, now the ideological center of the bench, in 2016 voted in favor of abortion shutdown laws in Whole Woman’s Health, and there’s little reason to expect that he would vote differently this time around.

It’s still to be seen which cases the Supreme Court will accept, but in the event that June Medical Services is on the docket, this could be highly concerning for the future of abortion access, because, as advocates have been driving home for years, the explicit end of Roe v. Wade certainly isn’t impossible. But the truth is that abortion rights and access have faced continuous, devastating attacks on the state and federal level for years, such that in many parts of the country, and for low-income women and pregnant people of color, abortion is already inaccessible even with Roe in tact.

If the Supreme Court accepts June Medical Services and reverses Whole Woman’s Health, this could open the door for abortion clinics across the country to shutter at nearly unprecedented rates, and having Roe in place, in theory, won’t do much for a someone whose nearest abortion clinic is more than 100 miles away.