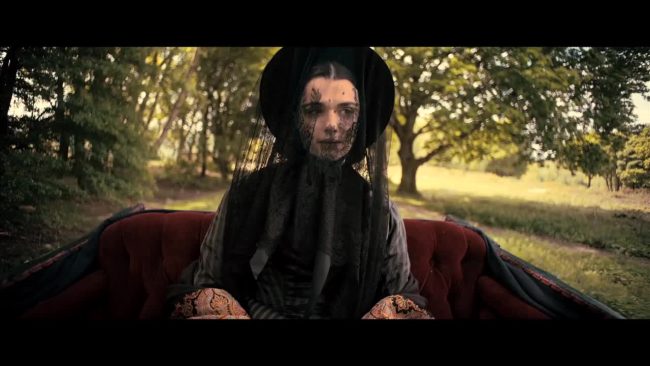 Warning: Spoilers for My Cousin Rachel

Directed by Roger Michell of Notting Hill and based on the 1951 Daphne du Maurier novel of the same name, My Cousin Rachel is a deep look into the construction of female villainy and the demonization of female independence. As a mid-twentieth century writer revisiting the 19th century, du Maurier played with tropes and archetypes, and in this adaptation, Rachel Weisz as the title character is a sight to behold.

The story begins with Philip, the male protagonist whose perspective is demonstrated in the title. This is his cousin and his story, but we’ll see Rachel break out of it. (I’ll get to that later.) Philip is an orphan raised by his cousin Ambrose, a man he admires and loves like his own father. When Ambrose gets sick, he goes to Italy for the sun (the solution in those times), and writes constantly to Philip.

Ambrose writes that he has fallen in love with their half-Italian cousin Rachel and they marry to his delight. However, after a long absence of letters, Ambrose writes that he’s in danger and Rachel is a scheming, evil woman constantly monitoring him. Though Philip rushes to Italy, Ambrose has already died and the only explanation he receives asserts that his beloved guardian had a brain tumor that changed his temper, fostering paranoia, violence, and irrationality. Philip returns home, not fully believing this explanation—until Rachel shows up at the house.

We’re positioned to hate her for what we suspect she did to Ambrose, though many factors—she gains nothing in his will, the death certificate claims the cause was a brain tumor, and her pleasant personality—all suggests her innocence. However, considering there’s an atonal minor musical theme that follows her everywhere, punctuated by bells, it’s inevitable that Rachel becomes a suspicious figure.

Weisz made a decision about whether her character was guilty or innocent and played it as so, and director Michell apparently “still doesn’t know” the answer. We never find out the truth. While uncovering that mystery is the conflict of the entire film, it’s not the purpose of the story because the film ultimately depends on that ambiguity. Michell fully embraces the novel’s unreliable narrator and uses that male focus for a story that’s constantly shifting villainy—is Rachel really the one we should have been worried about?

A heavily sinister trailer also suggests she’s a dangerous woman, along with other Gothic signifiers like her witch-like talent for brewing tea concoctions, widow-dom, being 16 years older, and Italy. (Any Ann Radcliffe reader knows that nothing good happens in Italy.) She remembers specific details from her time with Ambrose, but claims she can’t be expected to remember everything in other situations. Her contradictions as a character are suspicious to us, yet they’re also the traits of a real human being. 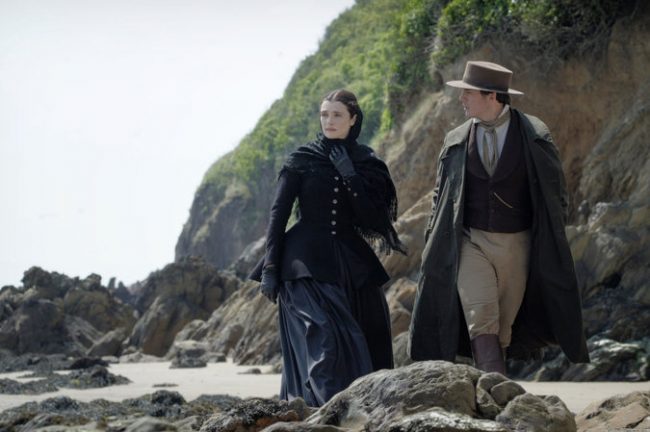 The blue-beard character, the one who murders their spouses one after another is another familiar Gothic trope (one that Guillermo del Toro similarly plays with in Crimson Peak), as is the hidden spouse, and while they aren’t present in My Cousin Rachel the possibility appears when we’re told Rachel keeps sending money away to a mysterious place out of the country. This kind of evil is one that Romantic plots rarely leave unpunished, usually with death.

Constant lingering shots on the tea she brews also place the suggestions of poisoning early on in the film, long before Philip even suspects this (another popular theme, also in Crimson Peak!). This may be an unintentional allusion to the abundant visual misdirections of others du Maurier adaptations like Don’t Look Now, where the camera constantly pauses on certain details—an accessory, a portrait, etc. We’re taught that this means “keep this in mind because it will become important later on,” and yet in these films the objects never return in a significant way.

Rachel barely does anything bad, save for unexplained careless spending, and without the music these could be scenes out of a love story, like the good parts of Far From the Madding Crowd. She does not ask him for anything, and yet, he gives it all to her out of love and a desire to marry. Rachel opens up about how terribly Ambrose treated her when he got ill, putting his hand around her neck and being cruel after a miscarriage. Just as Philip becomes infatuated with her kindness, beauty, and vulnerability, we too begin to doubt the original narrative—but we’ve also been set up to expect some kind of twist.

At his 25th birthday, when he’s meant to inherit the estate, Philip chooses to transfer everything to Rachel and the two have a sexual encounter. He assumes that this means she will marry him, but if she marries anyone that newfound wealth and independence transfers to him. So, Rachel refuses.

It becomes clear at this point that for Philip, marriage is a means of possession and he wants to own Rachel. Her independence and their relationship cannot coexist. The face of kindness and accommodation starts to crack, as he’s visibly shaken by this rejection.

Her constant pleas to Philip about wanting to be a woman making a way in the world and to hold onto her independence unmarried are all fully understandable. It’s something many viewers no doubt rooted for. It seems in these moments that her only villainy is her refusal to give herself over to Philip, to become the romantic heroine that we’ve come to expect from women in 19th century period pieces. In some ways, I found her journey not too different from that of the protagonist of the more light-hearted comedy Love & Friendship, that also centers around a woman who’s learned work within her societal restraints.

We constantly suspect she is doing something sinister, but in not knowing what it is, we’re completely taken aback by the anger and violence that the kind Philip builds up and eventually directs at her. In a case of Gothic doubling, as we’re told Philip looks just like his cousin Ambrose, a similarly abusive situation has replicated itself. We fear for Rachel and empathize with her. 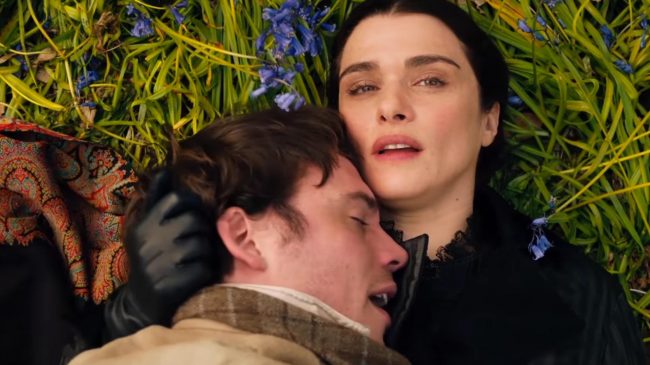 It might be Rachel Weisz’s great acting, because even with the distrust built over a long time I believe her emotional words. Is it Weisz or Rachel that is the talented performer? It’s unclear, but her lament that she left one abusive relationship that started off wonderful justifies her doubt concerning man’s youthful, bright-eyed and infatuated proposal. She’s 16 years older, and knows better.

Many women may recognize this moment. The moment when a previously kind and generous man turns into a violent and dangerous being when not given what he wants. Claflin’s performance was perfect for this. He begins a romantic-ish hero, caring for his family, good to his servants, and even better to Rachel (after some initial rudeness), giving her a home and new life.

His immaturity, naiveness, and lack of experience in the word come across as innocence and earnestness next to Rachel’s learned manners, accommodating nature, and eloquence. From his perspective, it’s Rachel who’s wrong for being too affectionate with a male friend. It’s Rachel who’s wrong for keeping a female friend nearby for safety and not trusting him. It’s Rachel who led him on for showing him affection and having sex with him, while rejecting his marriage proposal.

It’s all Rachel. Despite society insisting that a woman learn all these societal tactics and performance, a woman who does it too well suddenly becomes calculating. It’s why we love our Elizabeth Bennetts, who don’t blend in perfectly with this world (but do so without totally making a spectacle of themselves, like the Kittys and Lydias.)

But after an incident where Philip puts his hands around her neck, just as Ambrose allegedly did, we become heavily aware of just how much the film was aligned to his view. He tries to reassert his love in trying to win her back, speaking softly, lovingly, and increasingly with desperation. However, after outbursts like that there really is no going back as much as he wants to once again be the good romantic. Other films this year with similar figures, like Colossal or even The Beguiled, understand that facade. It understands that Rachel did not make him like this. This is who he has always been.

It’s Rachel fault for not wanting to trust him again? No, It’s Philip who lost that trust. And it’s Philip that kills her at the conclusions, by suggesting she visit a perilous cliff (just go with it, it’s a Gothic story). Does it matter whether Rachel killed Ambrose or not when it comes to condemning Philip? It doesn’t, because his motivations for hurting her are completely unrelated. At the conclusion, he’s married with children, but a headache constantly haunts him as a sort of punishment.

My Cousin Rachel is first presented as a mystery, then a love story, then a tragedy. While the story could have very easily used the shroud that covers Rachel to keep her a mysterious and elusive figure that drives men mad, it instead showed the violence of male entitlement and the unreliability of narrative when we talk about female villainy. It illuminates how we’re trained to see female characters a certain way, and asks us instead to question the male perspective we too often accept as objective.