New Study Closes the Evolutionary Gap Between Dinosaurs and Birds

Hold onto your butts. 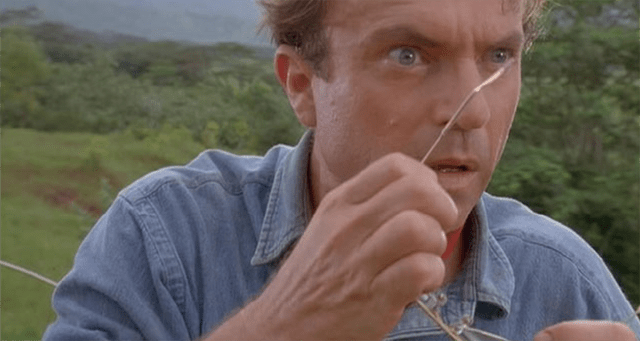 Science has known for a while that birds and dinosaurs are evolutionarily linked, but it’s been difficult to establish a direct connection between today’s birds and their giant, people-hungry ancestors. Now, a new study uses the existing fossil record and several recent finds of feathered dinosaurs to draw a direct connection, so now we know how they flocked this way.

Instead of a direct transition in some kind of abrupt “missing link” bird/dinosaur creature that paleontologists had so far been unable to unearth in fossils, dinosaurs began slowly evolving their birdlike traits almost as soon as the first dinosaurs themselves appeared according to the new research published yesterday an Current Biology. So maybe now you can finally put those science-fueled nightmares of a T-Rex suddenly sprouting wings and flying after you to rest. (No? Just me?)

Steve Brusatte, a paleontologist at the University of Edinburgh, Scotland, and his colleagues examined 850 body features of 150 extinct species of bird and compared them against their dinosaur ancestors. This allowed them to create a complete family tree showing how the features evolved over time until the dinosaurs finally took flight.

Only once Archaeopteryx, the first in the evolutionary line to be more bird than dinosaur, came along did birds suddenly begin evolving at a rapid rate into all the diverse species that exist today. It’s still not known why birds wound up so evolutionarily superior to dinosaurs that they lived on while dinosaurs died out, but if I had to take a wild guess, I’d say it has something to do with the fact that they could fly like some kind of superhero.

The best part about this new model is that it fits better with existing evolutionary theory. Not only is it a more gradual change, which is a lot easier to explain through small changes over time than one big jump, but it supports a theory put forth by paleontologist George Gaylord Simpson in the 1940s that once a new body plan (like one that can fly) first emerges, that’s when explosive evolution like the diversification of bird species happens—not beforehand in some kind of mutant jump more akin to the Ninja Turtles casually wandering into some ooze.